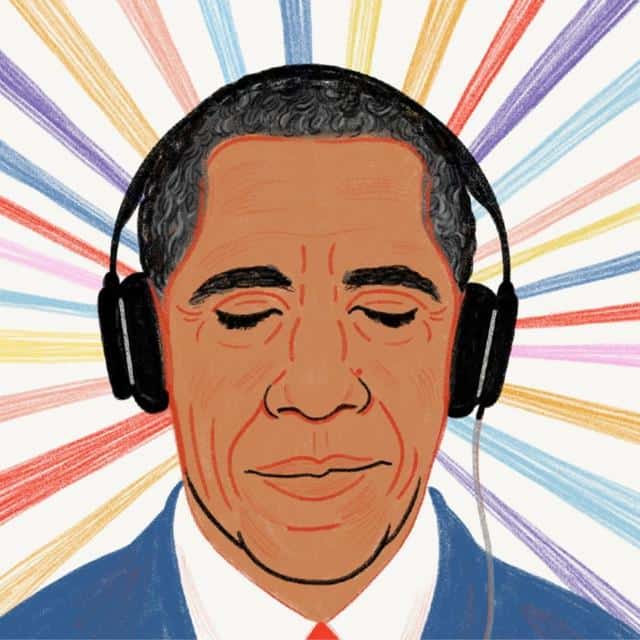 His list of 44 songs features a mix of pop, R&B, hip hop, and old-school tracks like Prince’s “Let’s Go Crazy,” “Dancing In The Dark” by Bruce Springsteen, and “Blue and Green” by Miles Davis, Deadline reports.

“Every year, I get excited to share my summer playlist because I learn about so many new artists from your replies—it’s an example of how music really can bring us all together,” Obama wrote in a Twitter post. “Here’s what I’ve been listening to this summer. What songs would you add?”

Check out the tweet of his full playlist below. 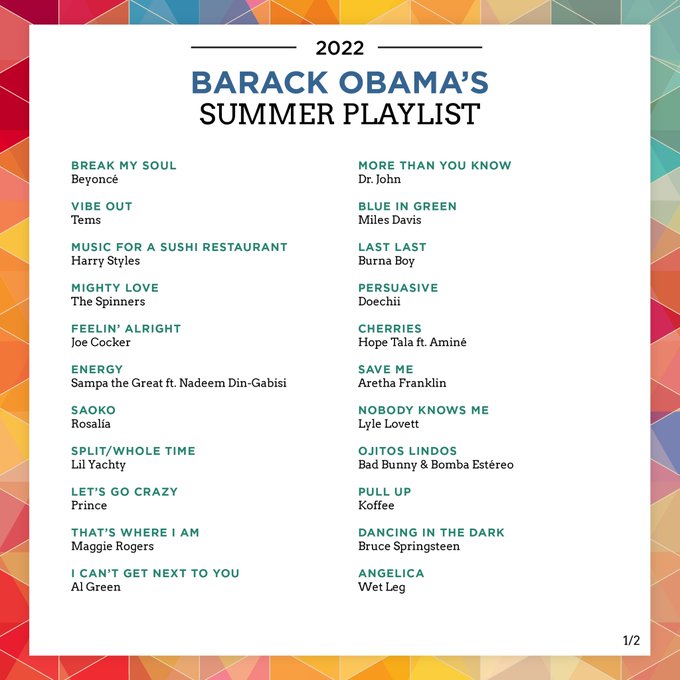 Per The Hill, Obama’s other music picks include D’Angelo’s “Spanish Joint,” Otis Redding’s “I’ve Been Loving You,” Wyclef Jean and Lauryn Hill’s “Guantanamera,” Rakim’s “When I B On Tha Mic,” and Aretha Franklin’s “Save Me.

“I’ve read a couple of great books this year and wanted to share some of my favorites so far. What have you been reading this summer?” Obama wrote on Twitter. See his full book list below. 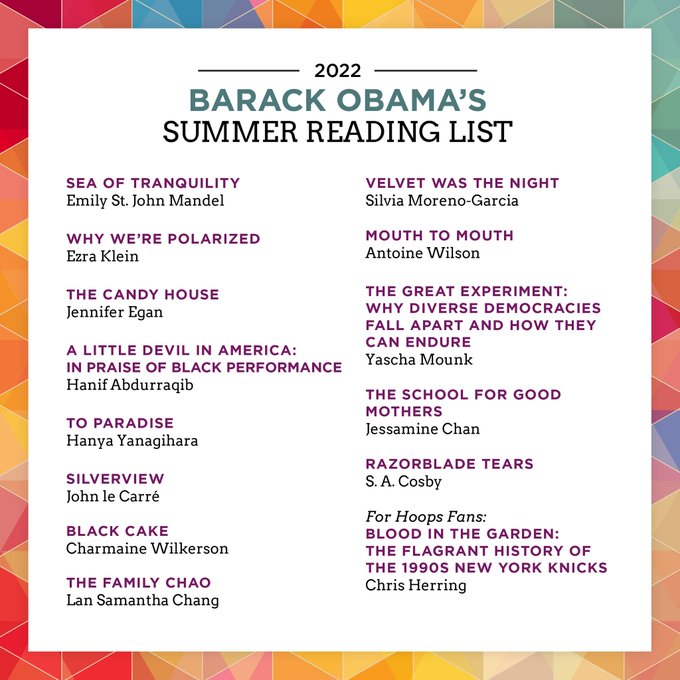