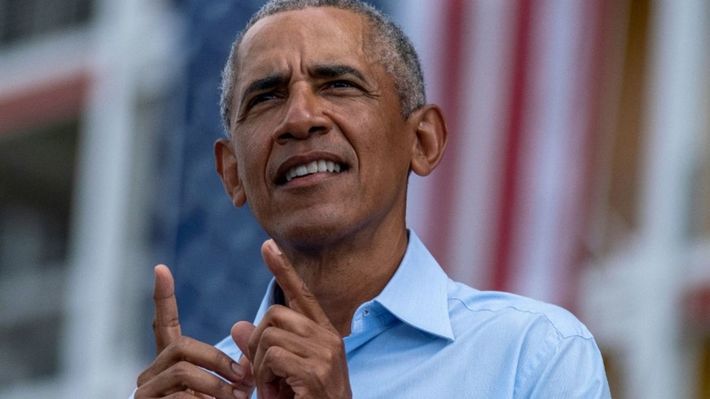 Barack Obama has reacted to Jared Kushner’s recent comments suggesting Black Americans need to want to be successful to benefit from Trump’s policies.

Kushner made the remarks on “Fox & Friends” on Monday, claiming the president can help the Black community “break out of the problems that they’re complaining about, but he can’t want them to be successful more than they want to be successful.”

“[Trump] loves to talk about Black unemployment, ‘look how low Black unemployment’ — well, you know what, unemployment was really high when I came in and we brought that unemployment low and it kept on going low,” Obama said Tuesday during a campaign rally in Orlando, Florida, in support of Joe Biden. “And he wants to take credit for it, says he’s the best president for Black folks since Abe Lincoln. Man.”

“Now his advisers are out there saying, including his son-in-law. His son-in-law says Black folks have to want to be successful, that’s the problem,” Obama added. “Who are these folks? What history books do they read?”

“Jared Kushner is the face of white privilege and nepotism,” Rep. Barbara Lee, from California, tweeted. “He doesn’t want to change our racist, broken system because he benefits from it. He’s the last person that should be lecturing the Black community on the value of ‘hard work.’ “

White House press secretary Kayleigh McEnany called it “disgusting to see internet trolls taking Senior Advisor Jared Kushner out of context as they try to distract from President Trump’s undeniable record of accomplishment for the Black community,” she said in a statement.

“From criminal justice reform and record HBCU funding to record low Black unemployment and record high income increases, there is simply no disputing that President Trump accomplished what Democrats merely talked about,” she said.