Several Twitter accounts of politicians, influencers, celebrities and corporations were hacked Wednesday and sent out a message soliciting bitcoin donations from followers.

Accounts belonging to Barack Obama, Joe Biden, Jeff Bezos, Bill Gates, Elon Musk, Apple and Uber, among others, were compromised on July 15 in what Twitter said was a coordinated attack on some of its employees.

“We detected what we believe to be a coordinated social engineering attack by people who successfully targeted some of our employees with access to internal systems and tools,” Twitter’s support team said, per CNN. 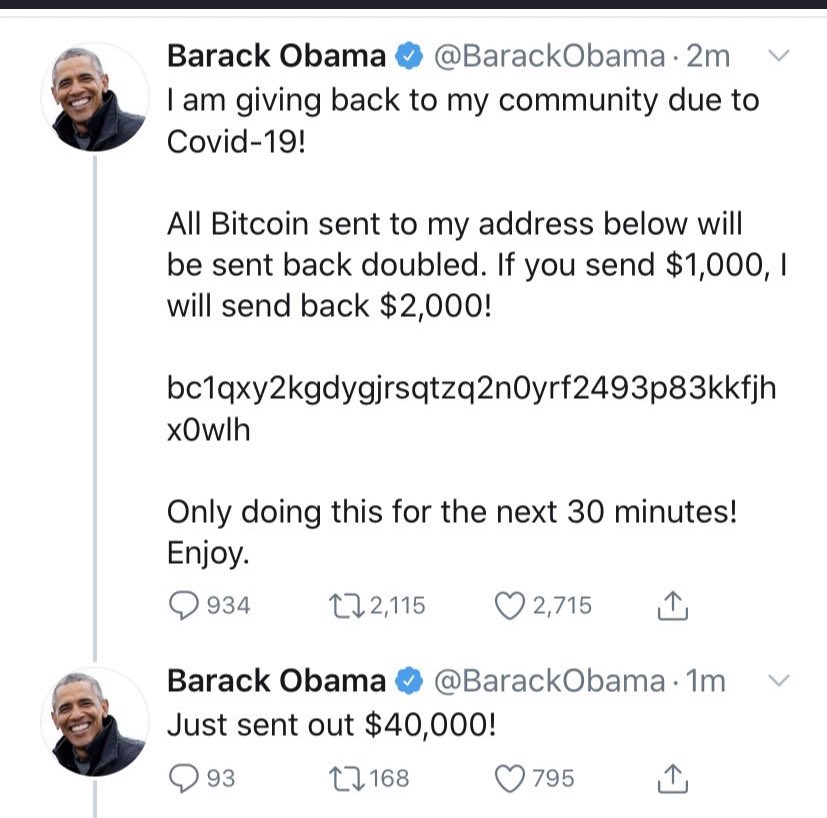 Each of the hacked Twitter profiles sent out messages that included the same bitcoin account, and urged followers to send cryptocurrency on the promise to double any amount received.

“Once we became aware of the incident, we immediately locked down the affected accounts and removed Tweets posted by the attackers,” Twitter said. “We have locked accounts that were compromised and will restore access to the original account owner only when we are certain we can do so securely.” 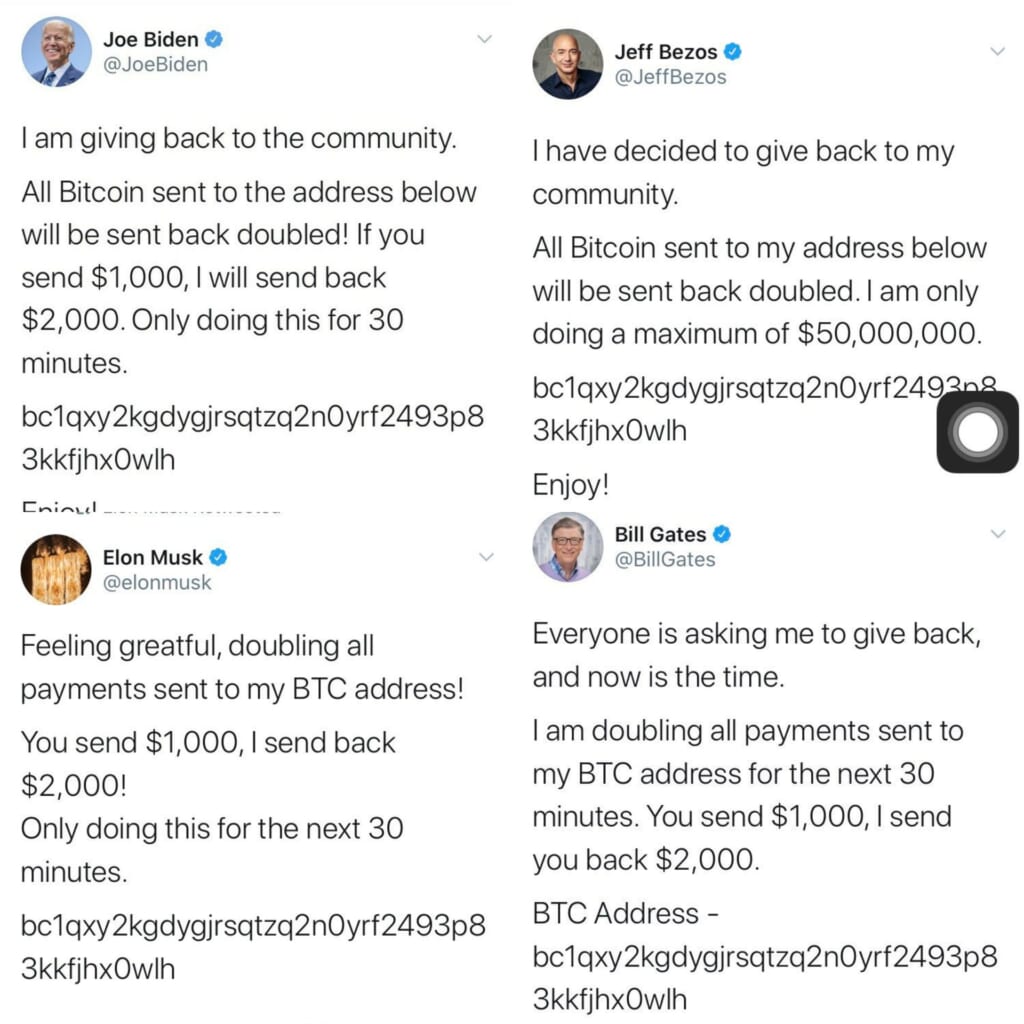 A spokesperson for Gates told CNN Business, “We can confirm that this tweet was not sent by Bill Gates. This appears to be part of a larger issue that Twitter is facing. Twitter is aware and working to restore the account.”

In a tweet on Wednesday, CEO Jack Dorsey said it was a “tough day for us at Twitter.”

“We all feel terrible this happened,” Dorsey said. “We’re diagnosing and will share everything we can when we have a more complete understanding of exactly what happened.” 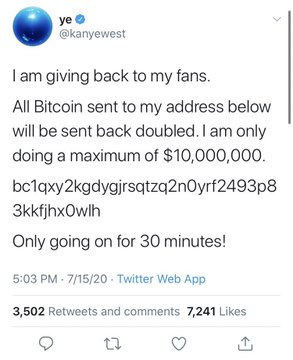 The bitcoin account associated with the scam messages reportedly received about $100,000.

The compromised Twitter profiles will remain locked and won’t be returned to the original account owners until “we are certain we can do so securely,” the company said.