Bajan “At Heart” of Cocaine Importation Ring Jailed in UK 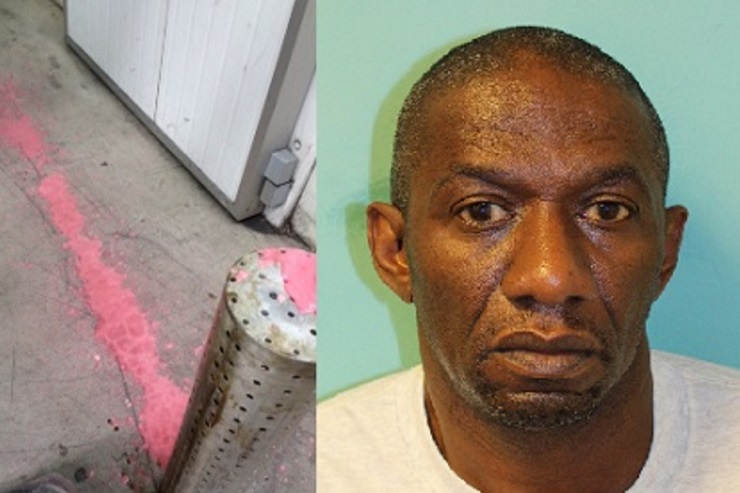 A Barbadian man who smuggled millions of dollars’ worth of liquid cocaine into the United Kingdom will spend the next 16 years in prison there.

Errol Watson, 54, who prosecutors said was “at the heart of a sophisticated and organized conspiracy to import cocaine into the UK from the Caribbean”, was arrested last year after Border Force officers at Gatwick Airport examined a consignment labelled oil filters, which had been shipped from Barbados.

Pressurized cylinders inside the filters were x-rayed, revealing a suspect substance inside. When officers drilled into the cylinders, a bright pink liquid came out. It tested positive for cocaine and yielded about 26 kilos of the drug with a potential street value of up to £2 million (US$2.5 million).

The National Crime Agency (NCA) then carried out an operation to nab those involved in the drug importation. After the cocaine was removed, the cylinders were refilled with sand and continued on their journey to their intended destination, Wanstead, East London.

Watson accepted the delivery of the cylinders and, according to the NCA, when he realized the drugs were missing he phoned a contact in the Caribbean to complain: “Somebody opened this thing and put something in it…this thing empty…I’m telling you…” Shortly after, he was arrested.

In coordinated activity, detectives from the Royal Barbados Police Force moved in simultaneously on two addresses in Barbados where they arrested Watson’s brother, and seized another quantity of pink liquid cocaine. More cylinders were recovered at the other premises.

Records seized in the two raids showed that Watson had been involved in other previous shipments using several different aliases.

In some cases, cylinders had been recycled and sent back to Barbados empty to be used again.

Last Monday, Watson pleaded guilty to conspiring to import cocaine on what was to be day one of his trial at the Old Bailey. He was sentenced two days later.
His brother had previously been convicted in Barbados of cocaine possession.

Steve McIntyre, of the NCA’s Border Policing Command, said he had no doubt that Watson had been involved in this type of criminality for years.

“This was certainly an unusual method of smuggling cocaine; the first time we have seen it in brightly coloured pink liquid like this. It was also a very deep concealment, demonstrating that the organized crime groups we are combating have access to sophisticated equipment and expertise,” he said.

“Working with our law enforcement colleagues in Border Force and overseas we are determined to do all we can to disrupt and bring to justice the criminal networks involved in international drug smuggling.”