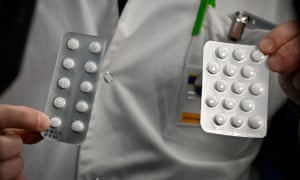 Tablets containing chloroquine, an additive that is found in an anti-malaria medication. Photograph: Gérard Julien/AFP via Getty Images

A Phoenix-area man has died and his wife was in critical condition after the couple took chloroquine phosphate, an additive used to clean fish tanks that is also found in an anti-malaria medication touted by Donald Trump as a treatment for Covid-19. 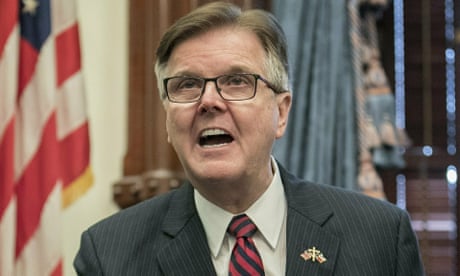 Older people would rather die than let Covid-19 harm US economy – T...

Banner Health said on Monday the couple in their 60s got sick within half an hour of ingesting the additive. The man could not be resuscitated at hospital but the woman was able to throw up much of the chemical.

“Trump kept saying it was basically pretty much a cure,” the woman told NBC.

It’s unclear if the couple took chloroquine phosphate specifically because of Covid-19, the disease caused by the coronavirus.

“Given the uncertainty around Covid-19, we understand that people are trying to find new ways to prevent or treat this virus, but self-medicating is not the way to do so,” said Dr Daniel Brooks, Banner Poison and Drug Information Center medical director.

“The last thing that we want right now is to inundate our emergency departments with patients who believe they found a vague and risky solution that could potentially jeopardize their health.”

At a news conference last week, Trump falsely stated that the Food and Drug Administration had just approved the use of an anti-malaria medication called chloroquine to treat patients infected with coronavirus.

Even after the FDA chief clarified that the drug still needs to be tested for that use, Trump overstated the drug’s potential upside in containing the virus.

Chloroquine is obtained by prescription, and Banner Health is urging medical providers against prescribing it to people who are not hospitalised.

The difference between the fish tank cleaning additive the couple took and the drug used to treat malaria is the way they are formulated.

The man’s death came as the number of Covid-19 cases in Arizona spiked more than 50% in one day, from 152 on Sunday to 235 on Monday, according to the state health department.

Pima county reported its first coronavirus death: a woman in her 50s with an underlying health condition. It was the third Covid-19 death in Arizona. Two men, one in his 70s and one in his 50s, both had underlying conditions.

People have tested positive in 11 of Arizona’s 15 counties, including 139 cases in Maricopa county, the state’s most populous.

For most people, the virus causes only mild or moderate symptoms such as fever and cough. For some, older adults and people with health problems, it can cause more severe illness including pneumonia. The vast majority recover.

... in the coming year, and the results will define the country for a generation. These are perilous times. Over the last three years, much of what the Guardian holds dear has been threatened – democracy, civility, truth. This US administration is establishing new norms of behaviour. Anger and cruelty disfigure public discourse and lying is commonplace. Truth is being chased away. But with your help we can continue to put it center stage.

What do you expect from the cultist akin to Jim Jones, Darwin kicked in, this is the fate of the Trumpturds, Trumpazoids and Trumptards.