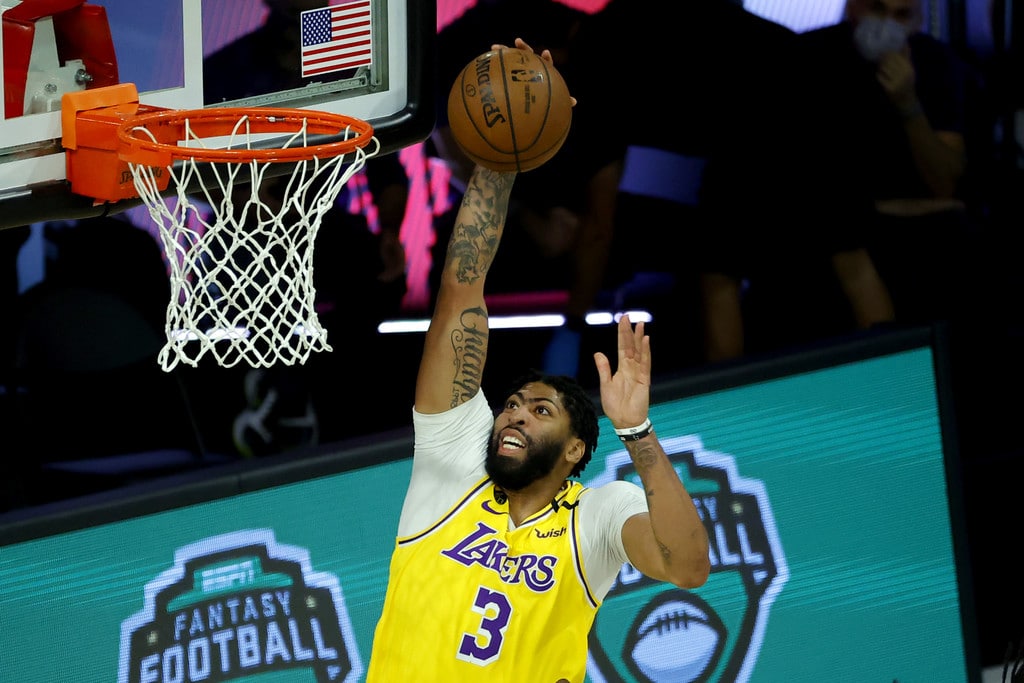 At one point, Davis serenaded his wife with a rendition of “Never Make a Promise” by Dru Hill, and performed with New Edition. Watch the highlight clips below.

He was also spotted on stage dancing and singing with New Edition as they performed the classic “If It Isn’t Love.” A guest captured the fun while also trying to get video of fellow guest Adele with her drink and her two-step at the event. She is reportedly dating LeBron James’ friend and agent, Rich Paul.

Davis and his new wife have been together since 2017. The couple share daughter Nala, who was born in 2017.

Davis spoke about his family in 2020, “when asked if having them be with him in Orlando during the famed bubble season helped him after less than stellar games and performances on the court,” Essence writes.

“For sure. Like you said, when you go back home, if this was a regular scenario, you would go back home and see your family, things like that. So, you kind of just take your mind away from the game. And having my family here, it definitely helps,” he said at the time. “But it’s still hard to sleep. It’s still hard not to think about. Even though it takes the edge off a little bit, you’re super eager to just get back on the floor and get ready for the next game. But I think my family being here definitely helps me tremendously.”

Check out more clips from his wedding below.

Absolutely Beautiful and Congratulation to the Couple