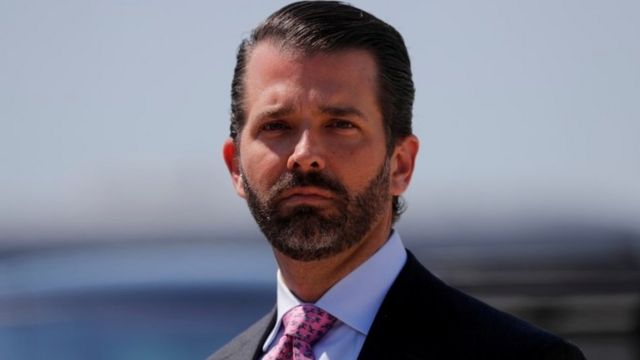 We could be snarky about it, but we’ll resist the temptation to do so and just report straight up that Donald Trump Jr. has tested positive for the coronavirus and is quarantining at his cabin.

So far he’s not displaying any symptoms, his spokesman said. The news was first reported by Bloomberg.

“Don tested positive at the start of the week and has been quarantining out at his cabin since the result. He’s been completely asymptomatic so far and is following all medically recommended COVID-19 guidelines,” a spokesman for Donald Trump Jr. told the Dailymail

As far as why he’s quarantining in a cabin, he owns one in upstate NY where he likes to fly fish in the Delaware River.

You may remember that Don Jr’s girlfriend, Kimberly Guilgoyle caught the virus back in July around the 4th, but he escaped catching the disease.

However, he is the second of the president’s children to test positive for the virus, following Barron Trump’s diagnosis last month. Barron tested positive in October when both his parents had COVID.

Donald Trump Jr.’s infection comes as coronavirus cases are in the rise in the United States with more than 11.9 million people infected. More than 253,000 Americans have died from the disease.

It’s unclear where the president’s oldest son may have been infected. He was at the White House on election night where several of Trump’s staff later tested positive for COVID, including White House chief of staff Mark Meadows.

He’s the latest in a long line of people close to the president to get infected.