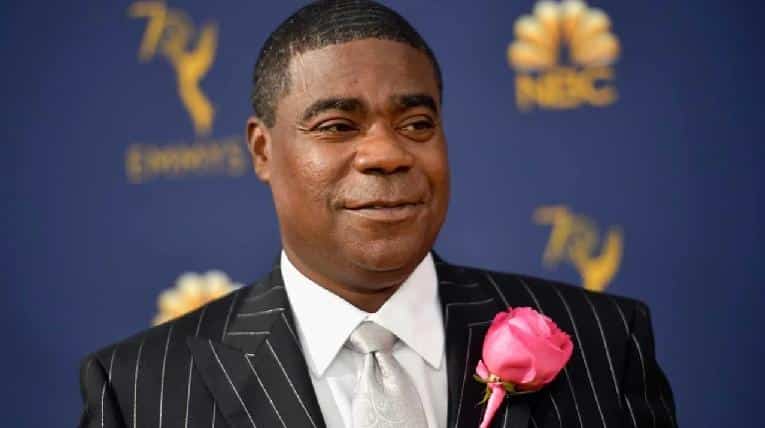 *In 2014, Tracy Morgan was involved in a car accident that killed his best friend. A Walmart truck driver crashed into the Limousine vehicle that Morgan and his entourage were traveling in. The “30 Rock Star” immediately went into a coma. The comedian later settled with Walmart. He didn’t disclose the amount.

In the podcast Conan O’Brien Needs a Friend, despite Tracy Morgan being a funny guy, he got emotional when he remembered his first performance after the accident.
“I was hosting Saturday Night Live and at rehearsals, I decided that night, let’s go to The [Comedy] Cellar,” he said. “I grabbed the mic, and I remember it felt so good to be welcomed back. It really did. And that day, I didn’t think I was ever going to touch the microphone again.”
Also during the podcast, Morgan opened up to Conan that his daughter was so scared when he returned home. He had severe wounds all over his body. His then 10-month old daughter didn’t want to go near her father, and his wheelchair freaked her out, too.