Amber Rose gave birth a little more than a month ago. Shortly afterwards, the social media star went to the plastic surgeon - to get her old body back.

Amber bragged on social media about going under the knife just six weeks after giving birth to her son Slash Electric.

“I’m about to get my whole body done after the baby,” the model shared in a video post on Instagram three weeks ago.

Rose, 36, explained the work her plastic surgeon, Dr. David Matlock, would be doing.

She said, “He’s going to take out some of my jowls that are just, like, hereditary — it just runs in my family, so he’s going to fix that and then suck all the baby fat out of my stomach.”

Well we now have the first post-surgery pics. Heres' the new and improved Amber.

Also, here's what she looked like just before giving birth:

What a year it has been for Amber and Alexander! They initially got together towards the end of 2018 after her summer fling with NBA star Monte Morris, 24, ended. She announced their pregnancy months later in April 2019 by posting an Instagram photo of her getting a scan. In the background, on a screen, her unborn baby was clearly visible. “@ae4president and I are SUPER excited to announce that we have a Sweet little Baby Boy on the way!” she wrote. “P.S Sebastian is soooooo Happy to be a big brother!”

Amber Rose recalled her origins as a video vixen in this clip from her exclusive interview with VladTV. While Amber really got discovered by a wider audience after her appearance in Ludacris' "I Know What Them Girls Like" single featuring Chris Brown, her first music video feature was actually in Young Jeezy's "Put On." Amber explained the story of how she was discovered and recruited for the music video, and how she wore a wig in her first video as well as the second one by Young Jeezy for his "Vacation" single. Following that, she debuted her shaved head in Ludacris and Chris Brown's music video.

Amber reflected on how she cut her hair at 19 years old, but how she really wanted to do it long before that. When she first cut it, she wasn't too thrilled with the result because of the fact that her hair is naturally very dark, but once she dyed it blond she said that she began "causing car accidents" over her new sexy look. PLEASE CLICK ON PIC BELOW TO SEE OTHER PICTURES 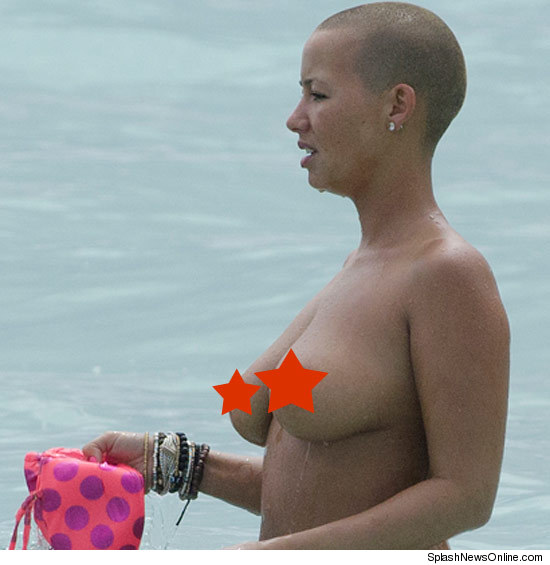 She needs to do her and stop worrying about causing accidents.  Those men need to control what they are doing.and quit being distracted.

natural beauty......put a weave or a wig on , and change the whole diameter, think she doesn't know that, she does. I wish the rest of these black women would see that

Comment by Ricardo O'Connor on August 12, 2014 at 1:12pm
One cannot deny the attractiveness of this woman. She is an attractive woman with ladylike persona, I have seen.

Sorry, the chic is hot... Definitely a fender bender!!

Comment by Anthony Phoenix on August 11, 2014 at 2:03pm
I find her to be one very good looking woman, i would get hurt trying to stare at her myself, I know this is sad to confess to but it's true!