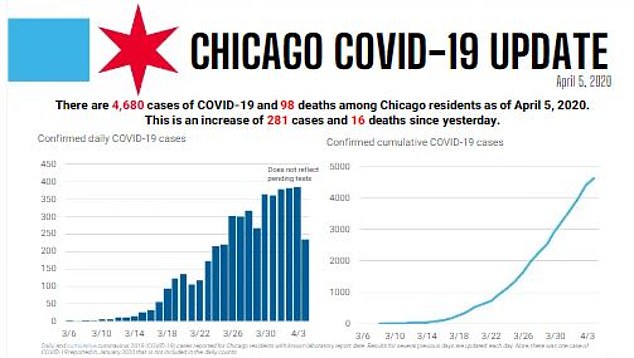 Black and brown communities across the United States are more likely to die from COVID-19, according to early data, which also highlights the longstanding disparities in health and inequalities in access to medical care.

The numbers are particularly alarming in cities with large African American populations like Chicago, New Orleans, Detroit and Milwaukee, which are becoming hotspots for the coronavirus

In Chicago, Mayor Lori Lightfoot said that more than half of Chicagoans who have died from COVID-19 are African Americans.

'We are all in this crisis together but we are not all experiencing this crisis in the same way,' Lightfoot said Monday.

Black residents in Chicago accounted for 72 per cent of deaths from COVID-19 complications and 52 per cent of positive tests for the coronavirus, despite making up only 30 per cent of the city's population, according to the city's public health agency. 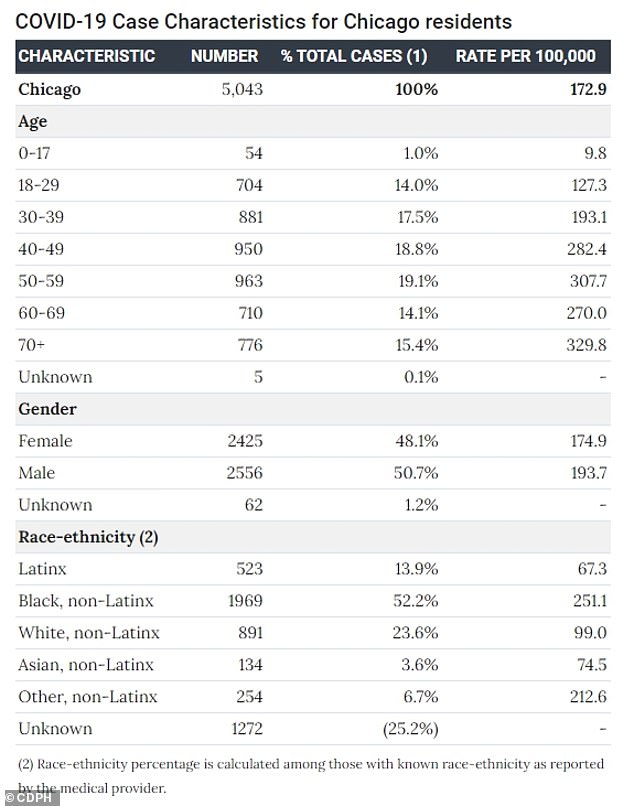 This graphic shows the COVID-19 case characteristics for Chicago residents. More than 50 per cent of cases are from the black community 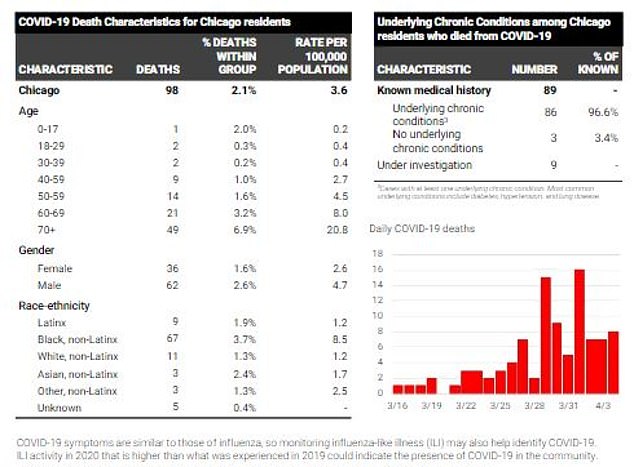 Comment by vaughn mitchell on April 10, 2020 at 11:12am
Alot of them did not listen, that include the idiot, in Chicago, was dancing on cars, and inviting others to do so. People hanging out on street corners, in front of bodegas.

I have a dual feeling. It’s hard for me to look at these graphs and at the same time I need to look at this to keep abreast of the situation. This dissonance makes me use sedatives - https://greenshoppers.co.uk/reviews/bio-bloom-hemp-cbd-review/ I hope that our quarter will not turn into a branch of the madhouse in three weeks.