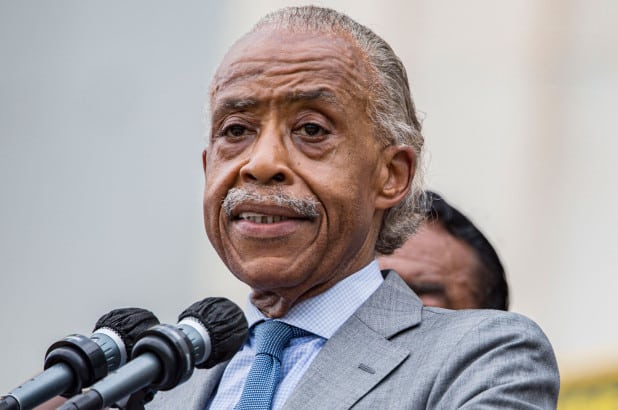 Georgia’s midterm elections will be held in two weeks which will see Republican candidate Walker face off against Democratic candidate Rev. Raphael Warnock. Former President Trump has endorsed Walker and campaigned with him in Georgia.

Sharpton has suggested that Trump helped bolster Walker’s visibility as a senatorial candidate because the former NFLer and Warnock are both Black politicians, TheWrap reports.

“I don’t think they vetted him or cared: ‘Put a Black guy, there’s a Black guy, here’s my guy.’ And as he began to become exposed … it doesn’t matter: ‘We’re throwing a Black guy in the ring with a Black guy.’ That’s how Trump thinks. The insults started with Trump,” Sharpton said while appearing on “Morning Joe” with host Jemele Hill. 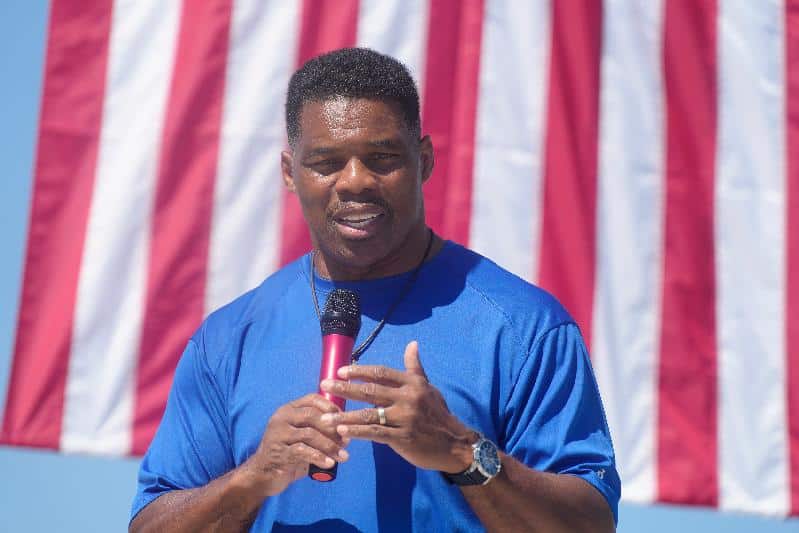 “What is scary is that people are buying into it,” he continued. “Clarence Thomas, I disagree with just about everything he’s ever uttered, but Clarence Thomas does have a background and an understanding of law. I don’t think Herschel knows the difference between the House of Representatives and the U.S. Senate, and the fact that they would throw him in there is an insult to all of us that fought and continue to fight to open doors for Blacks. We should be celebrating two Black men running against each other with political ideas, rather than being ashamed every time he opens his mouth. We say, ‘Oh my god, what is he going to say now?’

Walker’s disturbing personal life has been at the center of his political campaign — from reports about “bastard” kids that he allegedly refuses to acknowledge, to accusations from women that he demanded they have abortions, to claims he’s been an absentee father to his eldest son Christian — Walker has denied all salacious allegations against him.

Meanwhile, Trump and GOP political organizations have defended Walker amid the controversy.

“Herschel has properly denied the charges against him, and I have no doubt he is correct,” Trump said in a statement on his social media platform Truth Social, CNBC reports.

“Herschel Walker is being slandered and maligned by the Fake News Media and obviously, the Democrats,” Trump said in his statement. The former president, whose 2016 campaign was also marred by personal scandals, said of Walker, “They are trying to destroy a man who has true greatness in his future, just as he had athletic greatness in his past.”

Sharpton said Walker’s presence on the ballot is “an insult to all of us that fought and continue to fight to open doors for Blacks. We should be celebrating two Black men running against each other with political ideas, rather than being ashamed every time he opens his mouth.”

Hill co-signed Sharpton’s stance on Walker, saying “He’s not qualified. And despite this rise that he’s had, I think if you get a lot of these people isolated that are supporting him and say, ‘Do you honestly think that this is the most qualified person that you have to be the senator of a state like Georgia where you have millions of peoples’ lives in your hand? You think this is the best option?’ They’d be lying if they said that this was the best option in Georgia.”

Watch the “Morning Joe” segment with Sharpton and Hill here.

That big headed Bobble Head got the nerve to talk about anybody!!!!!!

Why Negroes don't live in their own community? because they destroy it, they hate education, laugh at Black people who they say talk white, the youth praise thugs, dope dealers, call each other Niggazz, rap videos promoting violence, making babies all over the place and breeding like rabbits with no family structure, lazy when it comes to work, never see a Black construction company with all Blacks, no auto shop, just basketball and football, sport and play, and you all want to blame the politicians and whites for your choice of being stupid, you fools can't even be in control of an Island like Haiti is a prime example of your dysfunction in modern times, and the masses of dummies look up to people like Snoop Doggie a gang banger, you suckers are doomed, you never learn so drown in your insane asylum you choose to create.

Your old sell out negro ass is an insult to the community, selling the people for tv and radio show, government grants and political favors. Telling the people to accept one of the lesser evil and conditioned them to accept slavery, why would any one pick any evil if they are trying to get save and be free? As long as you have been leading the community since you call your self their leader, where exactly have you lead them, look at the black community in 2022 compare to every other community, the Asians, Indians, Jewish and whites, it is deplorable, with crimes, poverty, violence, you can't even get a view with the same old project buildings, you have to shamed, only old fools, and idiots would follow you, but look at their living, while you are buying mansions and selling books, you don't live where they live but you are leaders. The Jewish leaders live in their community, the white politicians live in their community, how come you don't live in yours you greedy negro.

It's quite amazing the pot calling the kettle black.  Al Fats Sharpton is a damn sell out to his people.  He should be the last one to call out someone.  He don't do shite for blacks.  He only shows up when there's a big payday and has been crapping over blacks for decades.

Given their cynical plan to defeat Raphael Warnock, Georgia Republicans have welcomed Walker because they believe that any old Black person will do.