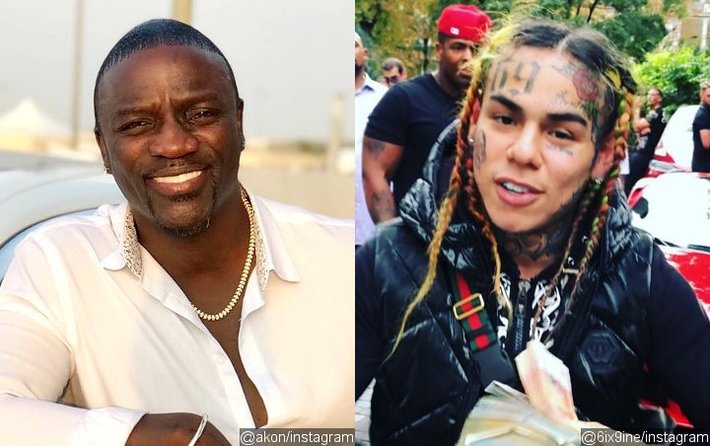 Akon is standing by Tekashi 6ix9ine, and he has called his former gang, the Nine Trey Gangsta Bloods "messy."

"Just think about it, Vlad. Half the people that are upset aren't in the street. Never been in the streets. They don't even live by the code of the street," Akon said in an interview. "Tekashi ain't snitch on you. Why are you mad? Just think about it. If I was in the mix with him and I was affected by him telling on whoever or for whatever reason he told. I don't like to talk about why he did, I just know that for whatever reason he did it, he had his reasons."

"It goes to a matter of who you decide to believe," Akon added. "Me? I don't give a f*c* who did what. What I can tell you is, that whole clique was super messy. Everybody was sloppy. And everybody was trying to claim notoriety. Real street n*ggas ain't doing sh*t that loud. They not broadcasting sh*t they doing."

Just wealthy rich bastards who the masses of idiots look up to, no talent for the dumbed down masses.