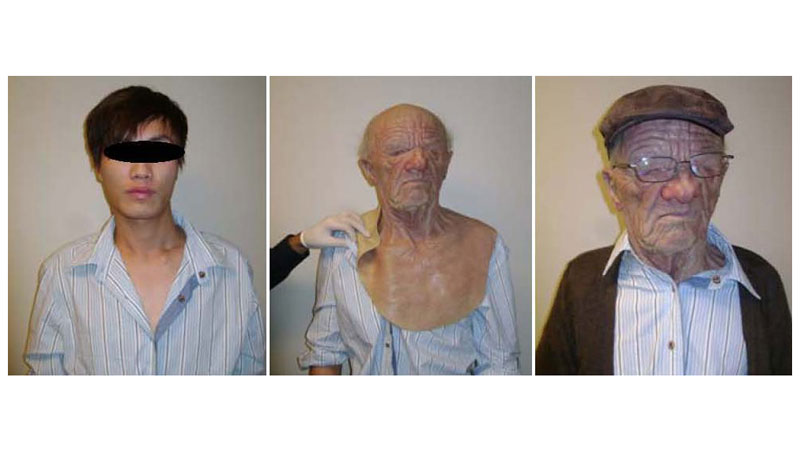 Calling it an "unbelievable case of concealment," officials are trying to determine how a young Asian man in Hong Kong was able to disguise himself as an elderly Caucasian man and slip onto a Canada-bound flight.

It is believed that the man managed to get on the plane with only a boarding pass and Aeroplan card, both of which belonged to a 55-year-old U.S. citizen.

The unnamed young man at the centre of the curious case, which occurred late last month, is currently in detention in Vancouver following a refugee claim.

Public Safety Minister Vic Toews said that the case is "very disconcerting" and officials are probing if all of the visual compliance regulations were carried out as the man boarded the plane.

"These regulations are passed for specific reasons to identify individuals before they board a plane. And how something like this has happened needs to be determined," Toews told CTV's Power Play.

The incident was detailed in a confidential Nov. 1 Canada Border Services Agency, obtained by CNN.

The bulletin says the passenger was seen at the start of the flight as an elderly Caucasian man, wearing a brown leather cap, glasses and a thin brown cardigan.

He also appeared to have young-looking hands and was carrying It appears the man had been wearing a silicone head and neck mask. During the flight, he went into the washroom and emerged as "an Asian-looking male who appeared to be in his early 20s."

The bulletin calls it an "unbelievable case of concealment."

He added that it remains to be seen which documents the man actually had, but that "it exposes a weakness in the system."

"In all my years I've never seen anything like this."

When asked about the incident during question period on Friday, Government House Leader John Baird said the incident is not only of "deep concern", but also demands more questions be answered.

Speculating on how someone might have slipped through the various levels of airport security, former CSIS intelligence officer Michel Juneau-Katsuya said the man likely passed through the first rigourous security check using his own identity.

"But it's only when he came to the last stage before boarding that he probably met his accomplice, swiped the boarding pass, went to the washroom and put on his disguise," Juneau-Katsuya told CTV News Channel on Friday.

"Where the problem comes is with the Air Canada employees, unfortunately, who did not ask for photo ID."

After landing in Vancouver on Oct. 29, Border Services Officers escorted the man off the plane where he "proceeded to make a claim for refugee protection," the bulletin said.

The security breach is potentially embarrassing for Air Canada, given that the airline made headlines last summer when British tourists filmed Muslim women boarding a flight without revealing their faces.

Beyond the embarrassment, Juneau-Katsuya believes the carrier may be making itself a target.

"We've got Air Canada flagging itself as a weak point, and my preoccupation is that they might be now used by terrorists as a weak point," he said, adding that air travellers can take some consolation from the incident.

In response, Air Canada spokesperson John Reber said the airline could not comment on the matter, as it is still an open case.

"The matter is still under investigation by the CBSA," Reber told The Canadian Press.

The man is due to appear at an Immigration and Refugee Board hearing.

Makeup artist Colin Penman said many people could be fooled by a good-quality disguise.

"I might have probably picked up on the nuances that weren't quite right, but to the average person, he's just another old man walking on to a plane," he told CTV's Daniele Hamamdjian.

Such disguises can also be purchased online for about $600, Hamamdjian reported

Comment by Hummingbird on November 10, 2010 at 1:15am
OH GREAT! now another thing and alllll pointing towards Muslim terrorists!! They couldn't locate missing airplanes (9/11) but they find this guy! OHHH PLZZ!!!

Comment by JamRockLady on November 9, 2010 at 10:35pm
Oh, lawd, please don't let the "crazies" touch Canadian soil! How did this fool not think he would get caught? Dam fool!