from the sky following engine failure.

Most of the chunks were about the size of a cellphone. Witnesses said they were initially too hot to touch and smelled like jet fuel.

The plane took off for Tokyo but returned to the airport after an engine shut down. No one was injured.

An Air Canada jet bound for Japan made an emergency landing in Toronto on Monday afternoon when an engine shut down shortly after takeoff. No injuries were reported.

Police believe that chunks of metal that fell on cars near Pearson International Airport came from the jet. Investigators know of four vehicles that were hit by pieces of metal about the size of a cellphone, said Peel regional police Constable George Tudos.
Witnesses reported seeing a plane with smoke coming from one of its engines shortly before police got calls about the falling debris, Tudos said.
“As it (the plane) was traveling away from Pearson we had other complaints stating that debris, consisting of metal objects, was falling from the sky,” he said.
Tudos said there were no injuries from the falling debris and stressed that police can’t positively say the debris came from the Air Canada plane.
Air Canada spokesman Peter Fitzpatrick said the plane’s crew requested an emergency landing shortly after takeoff when one of its two engines failed. Fitzpatrick said the cause of the engine shutdown was not immediately known.
Fitzpatrick said there were no injuries among the 318 passengers and 16 crew members aboard Flight AC001 bound for Tokyo’s Narita airport.
A businessman who was on board the plane tweeted that passengers were told it was an engine overheating.
“Seems my plane fell apart! Luckily we managed to land it,” Jason Flick tweeted, adding that the plane spent 20 minutes dropping fuel and landed heavy. 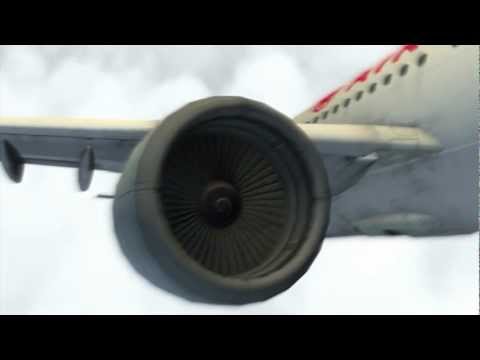