After Being ‘Cursed’ with 3-Foot-Long Penis, Kenyan Man is Finally Rid of it (GRAPHIC VIDEO) 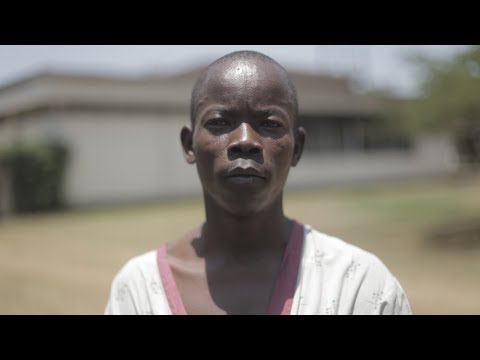 Like the ages old saying goes, “too much of anything is NOT good. And yes, that applies to having a 3-foot long penis.

Poor dude (yes, we said poor dude) not only had to go through life with 3-foot penis, but 11 POUNDS of testicles! That ain’t livin’. That’s torture.

Fortunately, Mr. Horace Owiti Opiyo is finally getting the chance to live a normal life. That’s because his massive package has been surgically reduced.

It was back in 2006 that Opiyo, known as Forence, first noticed a cyst on his genitals and had it removed, but to say it returned with a vengeance is putting it mildly. Next thing dude knew, his penis was almost a meter in length, according to The Mirror.

Opiyo, 20, was forced to drop out of school and didn’t have the money to pay for surgery. He tried to use herbal remedies to help his condition but they didn’t work, the outlet said.

He started to believe he’d been cursed.

“I told my grandmother that I have been infected by a disease, but I’m not sure what it is. It could be a curse. I knew this was not God’s work, but the devil’s,” Forence said.

So what could’ve caused this condition? The theory is something as simple as a mosquito bite. After being bitten, larvae is injected into the bloodstream, which can develop into parasitic worms that block the body’s drainage system and cause swelling.

Opiyo’s neighbor put his story on social media and it quickly went viral, and ended up getting the attention of a local governor’s wife, who ordered a doctor to inspect him.

He was given two operations to reduce the size of the scrotum and rebuild the penis so it can be used, and he couldn’t be more relieved.

“When I got up, I was surprised that my body was so light. All the heaviness had gone … I’m swimming now. I couldn’t go anywhere near the water because of the heaviness of that thing,” Forence said after the surgery.

“Now I can run and I can play football.”

Forence’s scrotum is still functional and he hopes to start a family — but for now, he said, his first priority is an education.

“I’m free! … Who knows what will happen in the future?”

Comment by mr1stroke on January 21, 2022 at 12:16am
Lol I know its not funny since it was a disease but shouldn't he got more females, well I am happy for you now that you can live a normal life, stay healthy

Wtf i care bout another mans junk plus this story is over 4 years old.