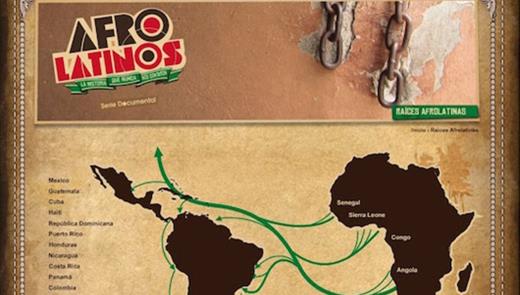 D’Angelo’s past presentations have always reflected the cultural advancements that Afro-Latinos have ushered into the United States and the world in the areas of the arts, film, dance and music. Living the experience of an Afro-Latino, he understands that this “mixed identity” can be left out of the mix. D’Angelo feels compelled to express the fact that Afro-Latinos should be part of Black History Month and he wants to use his fashion platform to celebrate both.

“It is with pride that I design with my heritage in mind,” says D’Angelo. “My creativity comes from my love and passion from all of who I am. I can’t imagine anything else. I have been designing since I can remember, but professionally since 2000. And, it has always prevailed. Just like music, designing comes from within. I feel it in my soul. I wouldn’t do anything else!” 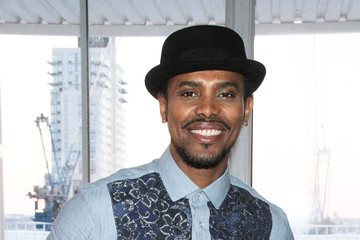 As an Afro-Latino, his life and professional story resonates both equally in the United States and Latin America, particularly in his native Colombia. D’Angelo makes sure he makes his mark as a Black Colombian in the fashion industry.

D’Angelo is the only Afro-Latino designer consistently showing up on the NYFW calendar. Coming from a background where his culture mainly receives recognition through athletes and music, D’Angelo has joined the ranks of many successful artists, including models and muses from the Dominican Republic, Sessilee Lopez & Arlenis Sosa, and from Puerto Rico, Joan Smalls.

D’Angelo’s wants to contribute a different point of view, a worldly one, during Black History Month, NYFW and around the world, as Victor Cruz and Carmelo Anthony do in Sports, as Zoe Saldana and Laz Alonso do in film, as Don Omar and Christina Milian do in music or as Celia Cruz and Sammy Davis, Jr. did in entertainment. D’Angelo brings color and Latin flame that prevails in his designs. He adds an ethnicity appeal that is exclusive to his designs. It is that je ne sais quoi that one perceives when one wears his garments and view his designs. His presentations are a true celebration. He has dressed stars like Tyra Banks, Patti Labelle, Vivica A. Fox, Mo’Nique, and Lil Kim, but his rise to notoriety came from his design being featured in the hit film The Devil Wears Prada.

From his humble beginnings in the Colombian city of Buenaventura to arriving among the brightest lights in New York City, D’Angelo has always maintained his Latin and African ethos; having them be expressed through his designs. "I remember being asked where would my loyalty lie if there was ever a problem, and I would think, why do I have to choose? I navigate both worlds. I don’t have a choice. It’s who I am," D’Angelo says about himself.

His triumphs in NYC are highly recognized and well celebrated in his native Colombia. In September, he was recognized as a hero in an unprecedented national event to welcome him back home in Colombia. D’Angelo is now the poster child for a Colombian campaign dedicated to the inclusion of Afro Colombians and Indigenous people in political, social and economic advancements. As the country moves to join the ranks of the emerging markets, D’Angelo is honored to be a part of the movement.

Colombia has one of the widest social gaps in the world, recognizing that without including its Afro Colombian population, closing that gap cannot be achieved, which is true to the whole American continents as well. Therefore, Afro Latinos are a vital part in the celebration of Black History Month.

Some Afro-Latinos refuse to consider themselves black.  Some will get offended if you call them black.

Comment by derick a molino on February 4, 2016 at 7:06am
Wow I'm so disguted by the comments I see here on this blog smfh the ignorance is appalling.

why cause the spanish race dont want them, stfoh... black american need to also stop latching on to puerto ricans. them people don't think about you all...news flash they only care for thier kind..

Who is stopping them from being a part of it?

Comment by Big Woman on February 2, 2016 at 1:53pm
Preach @BIIGMANN! Every time I see or hear some Black person talk about how they are NOT African and are everything else when its as plain as the nose on their faces it makes me cringe.

Massa done messed us up to the point that 400 years later we still are in denial of our heritage. AND are willing participants in the charade. Know your history people then you won't run away from who you are!