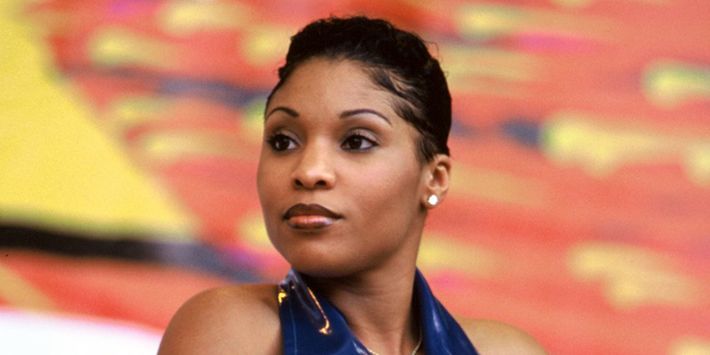 If you are a fan of '90s music, then you know that Adina Howard was the embodiment of sexuality. From Lil Kim to Foxy Brown, the “Freak Like Me” singer was an influence on women who were beginning to open up about their sexuality and desires.

So what happened to the rising star who could belt out explicit lyrics like a choir diva? Her mouth.
During an episode of Unsung that focused on the career of the “T-Shirt” singer, she said that she had a few choice words for her boss, Sylvia Rhone, a label executive at Atlantic Records.
According to Adina, she began dating Wanya Morris, the lead singer of Boyz II Men, who happened to be in a relationship with the platinum singing label mate, Brandy.
“Two young ladies, a lot of their egos get in the way and were kind of going through it about a guy,” Adina recalls in the episode.
When the tumultuous love affair reached the ears of Sylvia, she spoke with Adina and told her to focus more on her career and let the relationship with Wanya go.
At that time radio gossip queen Wendy Williams caught wind that there was a scandal between Adina, Brandy, and the cheating Wanya, and she gave Adina a call. “Adina opened up like she normally would,” said producer Billy Moss. “Except, she had some choice words in there for Sylvia and for Brandy. That pissed Sylvia off, she was on fire.”

Roget Romaine, owner of Mecca Don records, put it perfectly when he said, “You have two queens in one castle, and the one that writes the checks is going win.”

As a result, the release date for her second album was delayed indefinitely.

“I said something very inappropriate about the head of the label and she pulled up the emergency brake, and shut everything down,” Adina remembers. “And rightfully so because when you have the power to do that and you don’t like what people are saying about you, yeah.”

You have been traumatized.

Sex have destroyed both men and women. The power of the P and the D to build or break a person.

Could you imagine if all record execs were like Sylivia Rhone and get all in her feelings about someone talking about you. She could of made so much more money on this girl.