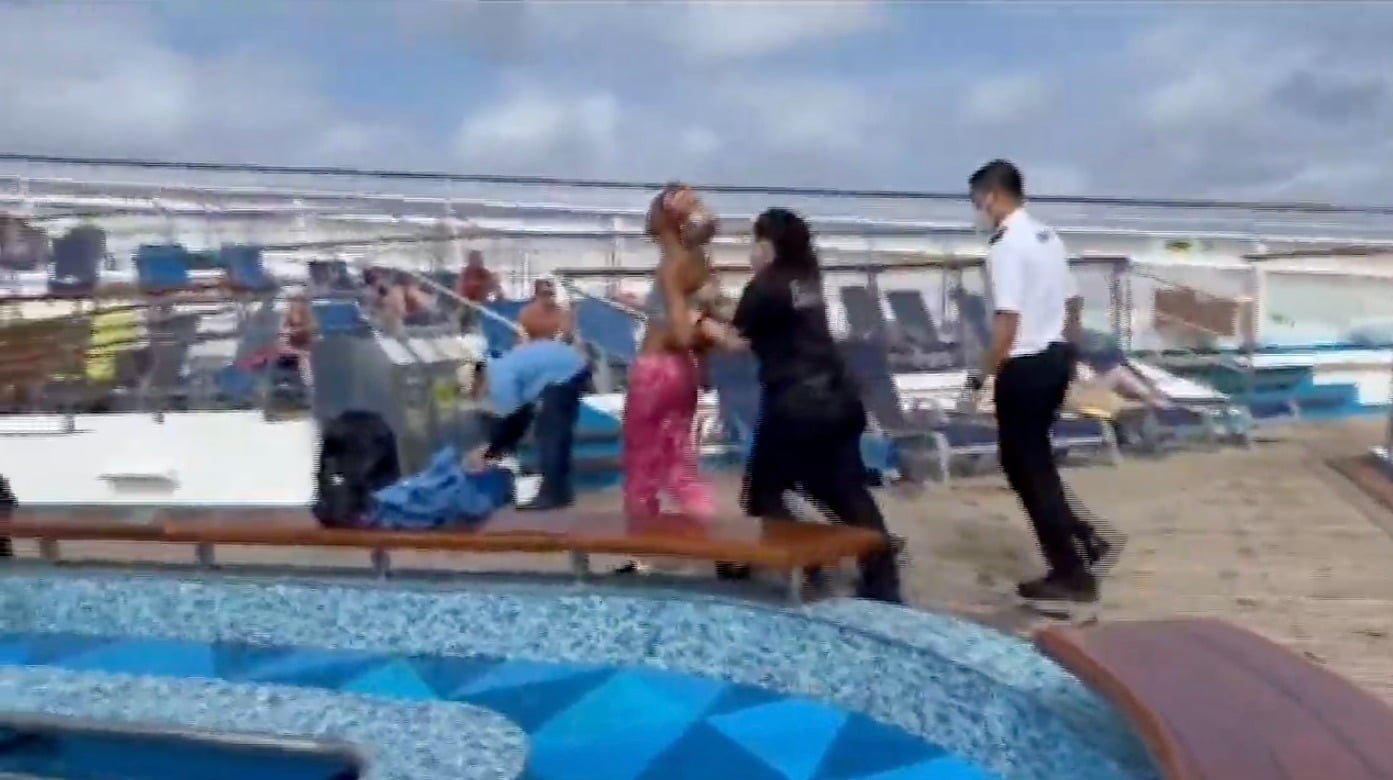 This vacation went from fun to tragedy! A woman on a Carnival cruise ship jumped to her death after being detained by the cruise ship security guards for allegedly getting into a fight with a man in the hot tub.

According to a video (scroll down to watch) of the accident, the cruise security guards had the as yet unidentified passenger detained with her arms behind her back following a fight. She was not handcuffed, despite some reports from other passengers. While detained she started screaming the name ‘Alicia’, before getting escorted off the dock of the ship.

The video then cuts to concerned passengers looking overboard into the water because the woman apparently jumped 10 floors high into the water in the Gulf Of Mexico. One passenger claims they saw her hit the side of the boat before hit the water. The ship circled for hours before the Coast Guard took over search and rescue efforts. Around 5:37 p.m., the Coast Guard suspended the search.

“The decision to suspend a search-and-rescue case is never one we come to lightly,” said Chief Warrant Officer Tricia Eldredge, Command Duty Officer at Sector New Orleans. “We offer our deepest sympathies to the family during this difficult time.”

The woman has not yet been identified l to the public, but she was traveling with her husband, who was on the boat at the time. The cruise has since docked back in New Orleans.

The world has gone mad. insanity is at an all time high.

Might have been smoking weed laced with angel dust......