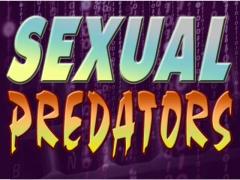 They are people, children are supposed to trust: A New York Police Department officer, a Fire Department of New York paramedic, a rabbi and a scoutmaster were among more than 70 people arrested in a major child porn bust, authorities said Wednesday.
One of those arrested -- a supervisor with the Transportation Security Administration -- allegedly traveled to the Dominican Republic to have sex with children, a law enforcement official said. He allegedly made more than 50 trips there.
The investigation, involving agents from U.S. Immigration and Customs Enforcement as well as New York authorities, began as part of an undercover operation into peer-to-peer networks, authorities told reporters Wednesday. The suspects, who do not appear to know one another, were able to search files using graphic terms and descriptions. Software continuously scanned files and automatically uploaded images to personal computers, laptops and mobile phones.
Special Agent in Charge James Hayes, head of Homeland Security Investigations New York, called the arrests the largest enforcement operation in New York "targeting predators (who) possess, produce or distribute sexually explicit images of children." The activity, he said, has "reached epidemic proportions."
"The backgrounds of many of the individuals ... is shocking," Hayes said. "These defendants come from all walks of life ... This operation puts the lie to the classic stereotypical profile that child predators are nothing more than unemployed drifters. Many of the defendants are, in fact, well-educated and successful in private and professional lives. They work as registered nurses, paramedics, caretakers for mentally ill adults, computer programers and architects."
The continuing operation resulted in 71 arrests -- including one woman -- and the seizure of nearly 600 devices, including desktop and laptop computers, tablets, smartphones and thumb drives with tens of thousands of sexually explicit images and videos of children, Hayes said.
The pornographic images of children were shared at no charge, authorities said. About a third of the suspects remain in custody, and the others were released on bonds ranging from $30,000 to $500,000.
Hayes said the January arrest of Brian Fanelli, chief of the Mount Pleasant Police Department in upstate Valhalla, New York, on child pornography violations helped lead to the other defendants.
State and federal authorities said the alleged offenders included:
•NYPD Sgt. Alberto Randazzo is on paid suspension after being arrested in February 2013 by the Internal Affairs Bureau on 57 felony counts of child pornography. Randazzo was allegedly communicating with women in video chat rooms and ordering the women to sexually abuse their children, prosecutors said. In one video allegedly recorded by Randazzo, he can be heard directing a woman to molest her infant child.
•Samuel Waldman, a rabbi and an instructor of Judaic studies, was arrested at his Brooklyn residence and charged under federal law with possession of child pornography, prosecutors said. Using a file sharing system, agents identified Waldman's IP address as one that offered the dissemination of videos of child pornography.
•Kenneth Gardner, a registered nurse at Westchester County Medical Center, was arrested in April at his residence in Queens, New York. He was charged with promoting a sex performance of a child under age 17, possessing an obscene sexual performance by a child, and possessing a sexual performance by a child, according to prosecutors.
•Eduardo Salcedo Urzola, who was working as an au pair, was arrested in April at his Brooklyn home and charged with possession of child pornography under federal law. Prosecutors said agents identified an IP address at a residence associated with him that made known images and movies of child pornography available for distribution.
•Aaron Young, a paramedic with the Fire Department of New York, was arrested in Queens in April and charged with possession of child pornography. Agents identified an IP address at Young's residence that made known images and movies of child pornography available for distribution.
•Yong Wu, an NYPD officer, was arrested in April in Queens and charged with possession of child pornography under state law. Prosecutors said Wu made known images and movies of child pornography available for distribution.
•Jonathan Silber, a Boy Scout den master and Little League coach, was arrested at his residence in upstate New York and charged under state law with possession of child pornography. Silber allegedly made known images and movies of child pornography available for distribution via his computer, prosecutors said.
Lawyers for the defendants were not immediately available for comment.

Nothing new, they've been involved with these types of crimes like for ever...where are the judges and politicians?

Comment by m.c. mystery lenny mosley on May 23, 2014 at 11:39am
There will be more arrest I'm sure you can't have a child pornography ring of that magnitude and run for so long without key people involved wait and see

I suspect there is more, much more to come...time will tell.

I'm confuse which rarely happens, but this is the state that legalize sucking little boys Penis for a set of people but arresting others for the same thing. Well i thing the Rabbi as a legit case it's part of is ( culture a tradition ).

Comment by Big Woman on May 22, 2014 at 2:16pm
We all worry about the bogeyman outside the house when many of us sleep with the bogeyman right next to us everynight.

Put them in front of a firing squad. kill these no goods

Comment by Bombahdrop on May 22, 2014 at 11:25am
They should put them all the way on blast by posting their muggshot . we the real people have the right to know what these evil doer look like. Hell, they went this far by telling us this story which is useless without the subjects appearance for all to see. They need to be shamed so put up pics next time