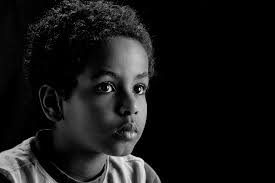 When you were in kindergarten, how did you view the world? Did you see it through rosy glasses and believe anything was possible, or were you like many young minority children who see the world differently?

The New York Times published a story on modern racial bias that tugs at your heart-strings something terrible. The story, told by a 17-year old, African American boy, Ebbie Banks from Palo Alto, California.

I tutored a kid. This little black kid. He looked up to me a lot. One day he asked me, “Mr. Ebbie, is jail a good place to be?” I said, “Why would you ever ask that?” He said: “My daddy’s in jail and he said he gets three meals a day. And sometimes my mom can’t make me food and I’m hungry.” I went home and I cried that night. This is a kindergartner. Teachers told him he was going to jail. I looked at him as a 5-year-old. I didn’t see a criminal. I didn’t see a drug dealer. I didn’t see a rapist. I didn’t see a gangbanger. I saw myself, when I was a little kid 10 years ago. The candidates, a lot of them, are from very privileged backgrounds and benefit from a white, male, Christian power structure. And that’s O.K. I don’t think that white people should feel guilty about their privilege. But they should feel a responsibility to acknowledge it.

What does this story say about our nation? No matter where you go, children are generally seen as the epitome of innocence. They are malleable, able to be influenced one way or another, they are so full of possibility that it is mind boggling. However, when it comes to how this country sees the African American youth? They are still pigeon-holed into this criminal life before they can even understand the full extent of what being a criminal means.

Why? It is purely because of their skin color.

There have been countless studies where African American children—even as young as 10 years old—are seen as a great deal less innocent then their counterparts. Why, according to Phillip Hoff, a researcher at UCLA and the author of the study, has said:

“Our research found that black boys can be seen as responsible for their actions at an age when white boys still benefit from the assumption that children are essentially innocent.”

Although people don’t openly admit to being racist, some will even outright deny being racist, the truth is there is some bias in everyone. The problem is that people aren’t always aware of those biases. Perhaps, when we are able to resist the biases and keep them in check, impressionable young African American children won’t get the idea that they are destined to be locked up or that jail is a good place to be.

You can get psychological help here https://psyowl.pro/

Comment by Rude bwoy on January 29, 2016 at 10:30pm
The problem with the black family is the welfare system that separates the mother and the father , leaving the growth of the kids to the government,

Comment by Layla on January 28, 2016 at 9:57pm
We all know that America is a very racist country, and one of there method of control is psychology (that's why white kids love to major in psychology in college, you can't always control people's thought, but if you brainwashed them, they will do whatever you want). Seriously, parents need to be the first role model in their kids lives, don't let your 5 year old telling you she wants to be like Miley Cyrus, and you find that amazing, and thirdly, men/women must be careful the type of people they breed with. Just because a man/woman is of the age of consent, that doesn't means that they should be parents.