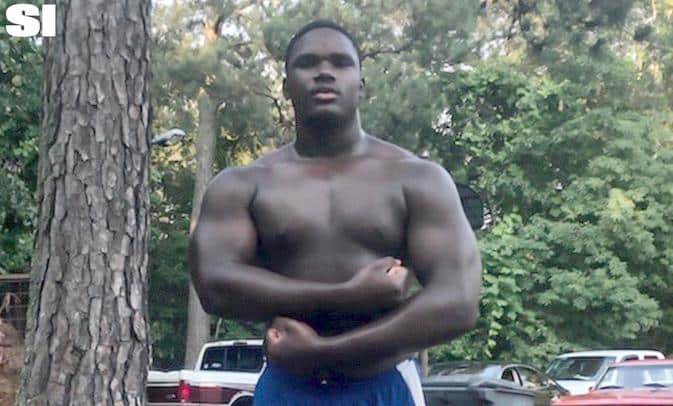 To the high school football players in Georgia who must face Manchester High at some point next season, we’re sending our thoughts and prayers now.

Justus Terry – all 6-foot-5, 260 pounds of him – went viral this week after tweeting a photo of himself flexing and stating he’s ready to enter … the 9th grade. That’s right, all of that in the photo is just 14 years old.

Twitter had a field day with its responses and memes.

Terry, a defensive end and tight end, was recognized in December as the No. 1 athlete in middle school, and will suit up this fall for the Manchester High Blue Devils. Let the prayer circle begin for the poor souls who will line up against him.

View some of his video highlights and an interview with the young viral sensation below:

The youth is ready,  I hope he excels in athletics and academics