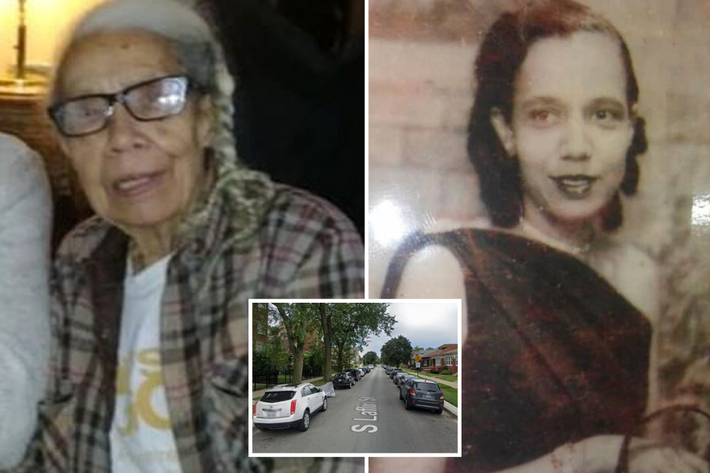 Around 11:30am Central, in the 7700 block of South Laflin Street in the Auburn Gresham neighborhood, a 96-year-old woman, identified as Myrtis Jackson and a 57-year-old woman were found stabbed multiple times, according to the Chicago Police Department.

Family members told CBS 2 they were stabbed with a pitchfork.

They were both taken to the University of Chicago Medical Center where Myrtis Jackson, 96, was pronounced dead. The 57-year-old is listed in serious condition.

Police said the suspect is a 41-year-old man with a history of mental illness. He was taken to St. Bernard Hospital with injuries from the incident.

No other details were available at the time of this posting. Police are investigating.</

Wow so sadden by this senseless killing. She lived this long only to be killed, this woman should have died from old age if given that chance. Sad to say no one knows how their life is going to end.That chance was taken away by so called mentally impaired man. Monster! RIP MJ

Comment by mr1stroke on July 9, 2020 at 1:53pm
If he is that mentally ill how about we stab him and let see how it feels, if he laughs we know he is sick but if he is crying and yelling out of pain we will know that he knew his evil