87% of White women want to have sex with Black men, according to new study but will not settle down with them. 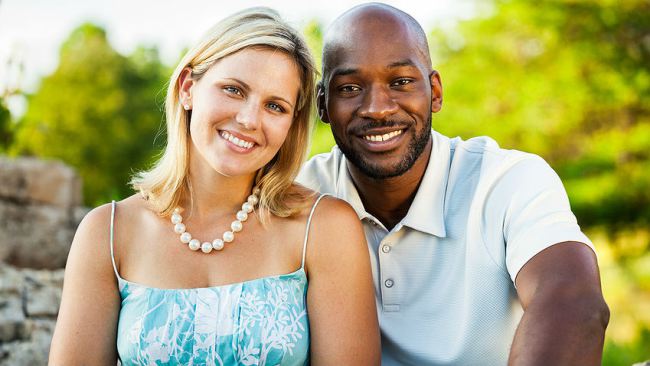 A study from Rutgers University in New Rochelle, NJ, has concluded that approximately 87 percent of American White women have had or fantasize about having sexual relations with African American males. The study was conducted by the Sexual Sociological Endowment in the Cultural Histology department, at Rutgers University.

The fact that there is such a huge disparity between the number of white women who want to have sex with Black men versus those who would marry Black men, shows that many still have stereotypical view of Black men. Black men are seen as sexual masters in the bedroom but almost complete absent from the corporate boardroom.

So when it comes to sex, most white women would prefer a Black man but they look toward their own white men when they are looking for a provider.

Comment by Colin on April 25, 2016 at 11:55am
Why do you think there is going to be a race war , black folks have nothing they're divided they would be wiped out if they try anything. White folks are already winning by killing a black man or child every day, and they go to sleep knowing that we will only maybe burn a few buildings , but after that we go back home to our miserable lives

And guess what? Her white privilege will not help him. If a race war ever breaks out, guess which side Becky will be on.

Comment by Jerome S [ Barz ] on April 24, 2016 at 4:59am
So what is it that a woman can do that another or the "other" cannot accomplish? Is this article about human rights, or the "not-so-hidden " lusts?

Comment by Layla on April 22, 2016 at 10:09pm
A lot of white women only date black men out of racial guilt to convince themselves that they are not racists. But, some black men confused that affection for love and acceptance.

Unfortunately the white whores are not the problem in these scenarios, it's the gullible self hating black man.

Its not news, just something that has been confirmed.White women want to use black men for sex. while the black women who actually want to love black men get overlooked.

Comment by keshapeppers on April 22, 2016 at 1:18pm
Rutgers main campus is in New Brunswick..the Rutgers that you say is in the hood is actually the law campus..FYI Rutgers has numerous campuses..before you state something please know the facts..ijs

Am I surprised?  NO....because black men are the best lovers...I wouldn't trade a black man for any other!  Love the brothers!  Been with my black king for 17 years!