Seven people were injured, some critically, during an early-morning spray of gunfire Saturday at a spring break party on the Florida Panhandle, police said. An Alabama man was quickly apprehended and charged with attempted murder.

Multiple 911 calls flooded in just before 1 a.m., reporting the shootings at the house party in Panama City Beach, and deputies found a sprawling crime scene with victims inside the home, outside and across the street from it, and in the street's median, the Bay County Sheriff's Office said.

Officers set up a perimeter and found a suspect matching witnesses' description. David Jamichael Daniels, 22, of Mobile, Alabama, was charged with seven counts of attempted murder and jailed awaiting a first court appearance. A .40-caliber handgun believed to have been used was found in the yard of a nearby home. 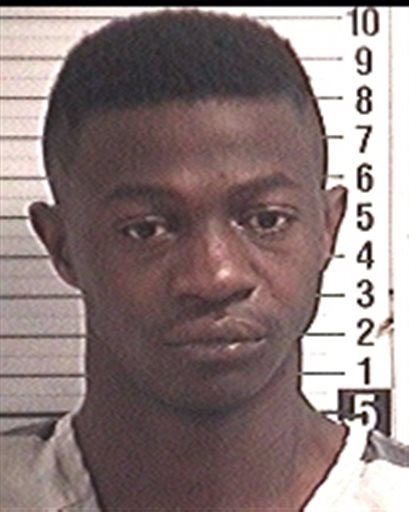 By sunset on Saturday new renters, a family with Indiana license plates, had moved into the three-story, vacation-rental home located several blocks off the beach. The family did not want to talk to the media but said they were aware that multiple people had been shot inside the home less than 24 hours earlier.

Dozens of cases of beer filled the front porch of a neighboring house where loud music thumped inside. The young spring breakers renting the house said they were aware of the shooting but felt safe because it was not a random attack and the assailant was in jail.

Sheriff Frank McKeithen said a busy party full of dancing young people dissolved into "a chaotic scene." Daniels was free on bond on a drug possession charge in Alabama, the sheriff said, and was accompanied by two others, one who had been recovering from a gunshot wound suffered in Mobile last week.

The two companions to the accused shooter were questioned but not charged. A woman who declined to give her name answered the phone at the home of Daniels' relatives and said the family would not comment on the shooting.

A seventh victim — Anesia Powell, 20 — was shot in the left arm, chest, and knee, and was undergoing surgery Saturday. No condition was given.

University officials were sending staff to Panama City Beach to assist the victims.

McKeithen said hundreds of people have been arrested in recent weeks in and around Panama City during its raucous spring break celebrations. The masses of college students bring a parallel migration of unsavory visitors to the area and, combined with heavy consumption of alcohol, pose a huge challenge to officers, he said.

"We have a recipe for disaster," he said.

Eddie Tarter shares his back fence with the rental home. Tarter, who played ball with his young son in his driveway Saturday, has lived in the neighborhood for 16 years. He said he has had problems before with loud parties at the house.

Despite the shooting, Tarter said he isn't against spring break.

"This is usually a quiet neighborhood."

Neighbor William Payne, who has lived in the neighborhood since 2002, said he had called the police many times because of loud parties at the house.

"I heard all the screaming and sirens last night and I didn't think anything of it at first because it is spring break."

Elsewhere along Panama City Beach, the party continued Saturday as hundreds of kids cruised up and down the main road, strolled the beach and gathered at hotel swimming pools.

Most be on drugs and alcohol and player hating and then end up doing stupid s***. Not safe anymore to be at these spring break events and that's so unfortunate, because we use to have a blast back in the days. Praying for total recovery of all the injured parties.

Comment by Willie Ward on March 30, 2015 at 5:37pm
That's well said...cowards they are...but they forget about the consequences of their actions...I rather win or lose a fair one on one old school whip ass....rather than lose my freedom!

Comment by Shifty on March 29, 2015 at 7:40pm
Nobody want to take a ass wiping anymore so they run for a gun, anybody can pull a gun that don't impress me stand up on fight like a man are woman..you win some you lose some.