6-Month-Old Taken From Parents Who Grow, Use Medical Marijuana 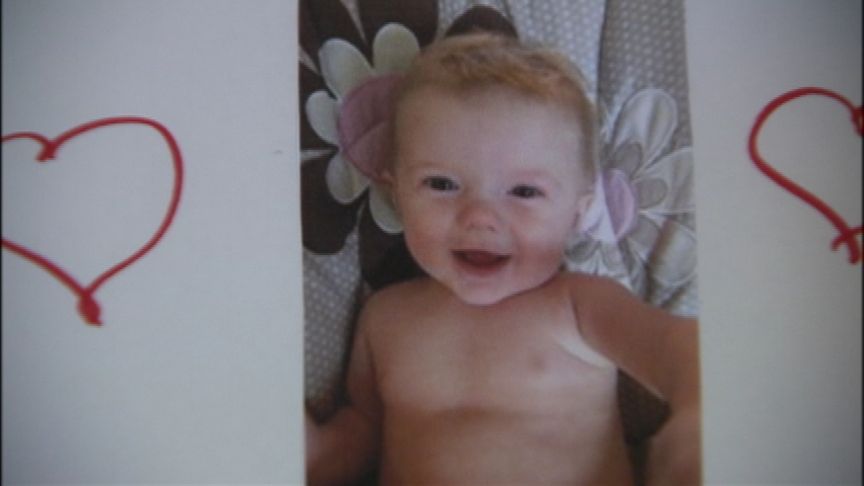 Chahanting "free Bree" a group of about a hundred protesters gathered outside state welfare offices in Lansing, Tuesday. They're upset over the state's decision to remove a 6-month-old girl, Bree, and a 6-year-old boy from their parents' home because they grow and use medical marijuana. The parents claim they have a state sanctioned license to do so.

Maria and Gordon "Steve" Green use medical marijuana to treat Gordon's multiple sclerosis and epilepsy. A referee made the decision to have Michigan Child Protective Services remove the children, saying the Green's home is unsafe. "They were worried about the possibility of a break in or armed robbery, that kind of thing," said Maria Green.

The baby is now in the care of Maria's mother. Mrs. Green says The Department of Human Services is "stealing" her baby. The Greens insist their home is a safe and loving environment.

Tim Skubick reports that the state of Michigan will not comment about details on cases like this because of privacy issues but the Director of Human Services said this: "The safety and the well being of the child is paramount for any of our investigators when they are doing their job," said DHS spokesman David Ackerly.

Now the family is fighting back with the help of a coalition of attorney, parents, students and legislators. They're calling on the state to recognize and adhere to the Michigan Medical Marihuana Act, and stop removing children from the homes of licensed medical marijuana caregivers and patients. "We're not going to take it anymore. This is our red line, you take away our kids and we'll revolt," said Detroit attorney Thomas Lavigne.

CPS: Stop Taking Children from Michigan -- Medical Marijuana Patients and Caregivers
LANSING, MI---On Tuesday, September 17th, a coalition of attorneys, parents, students and legislators will call on the State of Michigan to immediately recognize and adhere to the Michigan Medical Marihuana Act (The Act), and stop removing children from the homes of licensed medical marijuana caregivers and patients. At least three families who have been targeted by CPS will be speaking to media.

WHAT: Press conference and protest to address the removal of children from licensed medical marijuana caregivers and patients
WHERE: Department of Human Services, 235 S Grand Ave, Lansing, MI 48933
WHEN: Tuesday, September 17th, 12 Noon
WHO: State Rep. Jeff Irwin, Attorneys Thomas Lavigne and Joshua Covert, Steve and Maria Green and other families from across Michigan who have their children removed by CPS due to their status as a medical marijuana patient or caregiver.

The Michigan Medical Marihuana Act was passed with overwhelming support in 2008. Specific protections were written into that voter-initiated law to protect families from removing children from the homes of caregivers and patients who register with the State.

Five years after the enactment of our law, Michigan Child Protective Services (CPS) continues to unjustly remove children from the homes of state sanctioned medical marijuana patients and caregivers.

Michigan Moms United Founder Charmie Gholson said, "Last Friday an Ingham county judge removed 6 month-old Bree Green from her loving parents, despite their status as state-sanctioned medical marijuana patients and caregivers. This is just one of many, widespread incidents throughout Michigan involving CPS agencies that disregard the clearly written protections provided in the Act. Michigan Moms United calls on the State to immediately return this infant to her parents, and adhere to the Michigan Medical Marihuana Act."

Comment by harolda on September 24, 2013 at 1:35pm
THIS IS MADNESS, THE LAWS NEEDS TO BE CLARIFIED TO THE PUBLIC ,IF WE THE PEOPLE ARE GOING TO INDULGE IN THE USE OF LEGAL MARIJUANA.