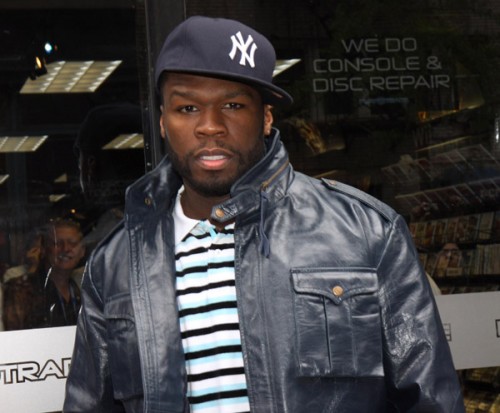 50 Cent is out of the hospital and recovering following a scary car crash last night in New York.

“He was taken to New York Hospital Queens where he was treated for minor neck and back injuries,” his spokesperson told ABC News. “He was released this morning and is doing fine.”

As we previously reported, 50's bullet proof SUV was rear ended by a Mack truck on the Long Island Expressway when the driver's load shifted causing him to lose control of his vehicle.

As a precautionary measure 50 was taken to to the hospital wearing a neck brace.

This is the second health scare 50 has had within the last month. He was hospitalized in May with a blockage in his small intestine. Fortunately he was able to avoid surgery in that situation after the blockage worked itself out. 50 Cent was in a bad accident tonight as his bullet-proof SUV was rear-ended by a Mack truck on the LIE in NYC.

He was put on a stretcher and taken to the nearest Queens hospital where they are currently running test on his neck and back.

His driver is also currently in the hospital as the SUV almost flipped over. 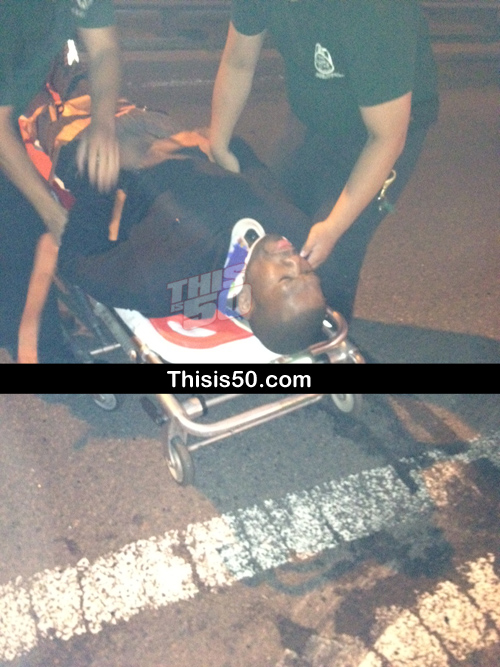 The truck driver reportedly told police his loaded shifted and lost control of the vehicle. More as it develops.. 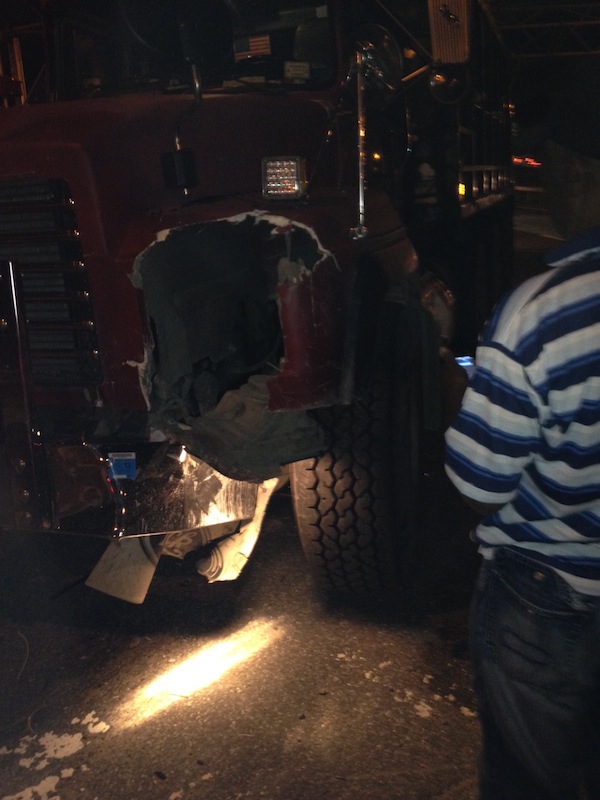 What damage? Broken fiberglass? A 10 mph hit can do that same damage. He paid that trucker to hit him.

This is not a publicity stunt. Not when other people could've been seriously hurt. Look at the damage at  truck.

This is a publicity stunt.

fa real @Ruff.. no luck at all

That man has some of the worst luck glad he alright !!!!