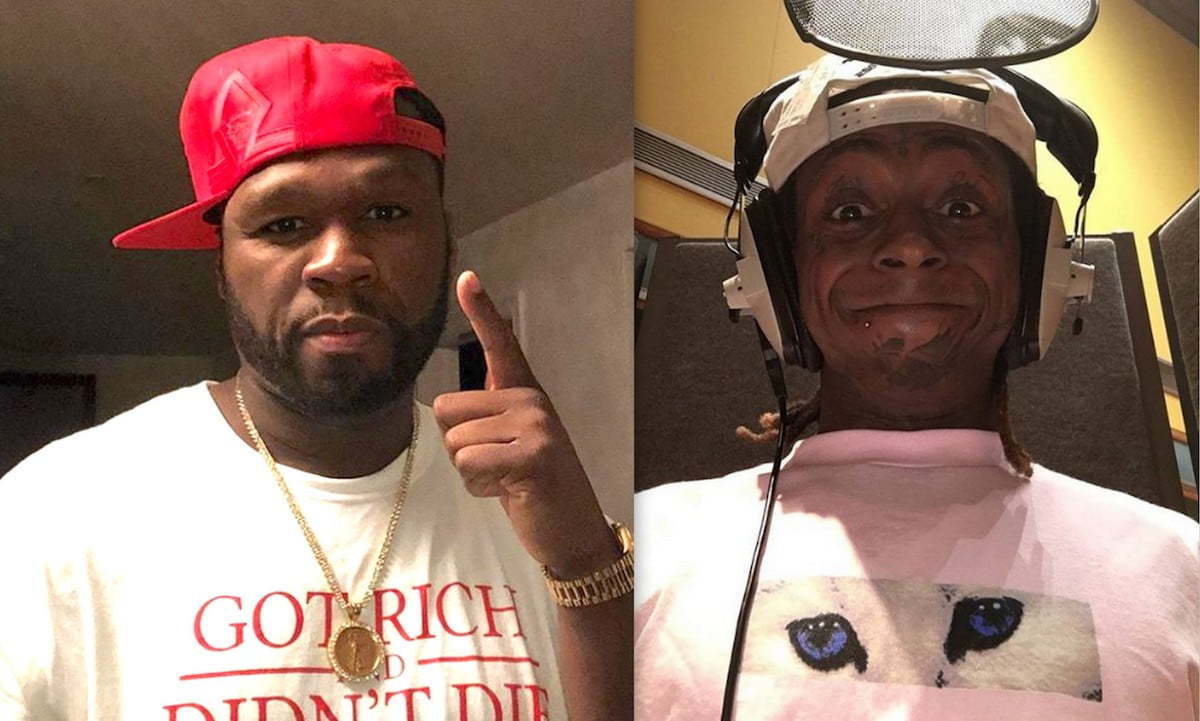 50 Cent just joints the rest of the masses in hammering Lil Wayne for endorsing President Trump.

Lil Wayne is getting some bad press today for seemingly endorsing President Trump, who is running for a second term. Just last week, 50 Cent experienced the same fallout, but over time and thanks to his former ex-girlfriend Chelsea Handler, he backtracks on his endorsement while alluding that he never like Trump in the first place. Fifty is notorious for shock value and trolling to help promote his TV shows and his brands, but Weezy is usually on point with his announcements. So no, this is not a drill or him trolling us.

Late Thursday, Lil Wayne stunned the hip hop community when he announced that he met with Trump and discussed the platinum plan and criminal justice reform. “Just had a great meeting with
@realdonaldtrump @potus besides what he’s done so far with criminal reform, the platinum plan is going to give the community real ownership,” Wayne tweeted. “He listened to what we had to say today and assured he will and can get it done.”

50 Cent, who is very much aware of the windfall of backlash that would follow Lil Wayne’s tweet, used the opportunity to call out the Young Money rapper. “oh no [side eye emoji] WAYNE, I WOULD HAVE NEVER TOOK THIS PICTURE,” Fif wrote on IG while promoting his cognac and champagne brands.

50 Cent isn’t the only rapper who has chided Wayne for his endorsement of Trump. Pusha T also made a scathing rebuked of Weezy. “Wayne complaining about Biden tax plan but had no issue when Birdman did it to him for 30 years,” Pusha T tweeted.

Lil Wayne previously came under fire for defending police officers amid some controversial killing of unarmed black people, saying a white police officer saved his life when he was a child.