4 Places That Excite Her More Than the G-Spot Her climax is a destination to drive toward together. So invite her to come as you explore four new routes to orgasmland 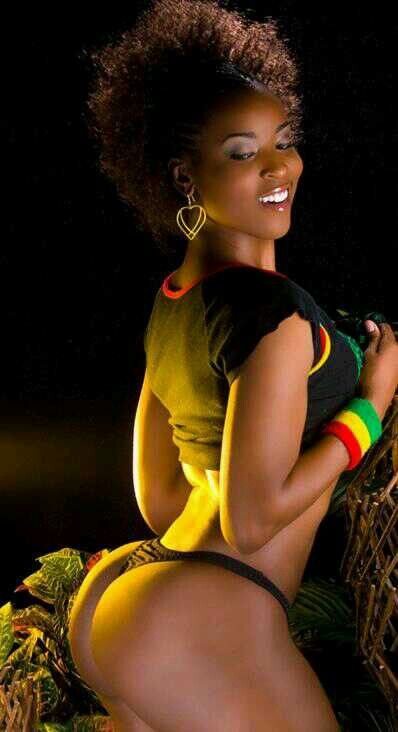 It wasn’t long ago that the G-spot was considered ground zero for the O. Now it’s a controversial one: Last year some researchers emphatically claimed that it doesn’t exist and that all women’s orgasms are alike.
Other experts—and lots of women—beg to differ, and they even go a bit further, claiming that several other hot spots can help bring a woman to the brink and push her over the edge. Either way, it’s fun to test the theories.
RECOMMENDS

Maybe you’ve found, or attempted to find, your partner’s G-spot. In addition to that bedroom bull’s-eye, researchers in Turkey have identified four regions that they call “deep vaginal erogenous zones. (Discover more about erogenous zones—and step-by-step instructions for what to do with them—in How to Pleasure a Woman.)
In some women, all four zones can independently trigger an O, the Turkish study found.

The Secret to Her Orgasm

But even if your mate doesn’t end up curling her toes, “it can be a bonding experience of adventure and exploration,” says Yvonne K. Fulbright, Ph.D., the author of Touch Me There! “The more areas you find that are sensitive, the more options you have for warming up her body.”
Ready to start your search? Grab some lube, and prepare to discover pleasure points that you and your partner never knew existed.
The A-Spot • 11% of Women Have Discovered It
FIND IT
Follow the front wall of her vagina until just before you reach her cervix. There you’ll find her A-spot, says Fulbright.
Swipe your finger across it like a windshield wiper, says Jaiya (no last name), the author of Red Hot Touch. If you feel “divots” on either side, you’re too close to the entrance—that’s her G-spot. Scoot in an inch or two.

AWAKEN IT
The vagina responds only to pressure or movement, not touch, says sexual-health expert Jennifer Berman, M.D., a cohost of The Doctors.
So try what Jaiya calls the “anchor and pull.” After tubing up and lots of foreplay, plant the padded part of your finger on her A-spot.
If you can’t reach it, use the end of a long, curved toy, like the njoy Pure Wand (njoytoys.com, $110). Pull your finger across the front wall, toward you. “You know your efforts are paying off when she gets wetter,” says Fulbright.
The O-Spot • 8% of Women Are Sensitive Here
FIND IT

Located her G-spot? Congrats! Rotate your finger toward the opposite wall and go a little deeper until you feel a spongy area on the back wall of her vagina. That’s her O-spot.
Has she been hesitant to try backdoor action? “The anal walls are rich in nerve endings, so stimulating the O-spot gives a woman a better sense of what might feel good on the other side of the wall,” says Fulbright.
AWAKEN IT
Once she’s fully aroused, try the anchor-and-pull technique on her O-spot and her G-spot at the same time.
“Put the backs of your hands together, with one palm facing up and the other facing down,” says Jaiya. Then insert both index fingers inside her, simultaneously stimulating the front and back walls of her vagina. “Some women can ejaculate from that,” she says. Another option: Stimulate her O-spot with the classic come-hither motion.
The Cervix • 7.5% of Women Have Had a Cervical Orgasm
FIND IT
With deep penetration, you can touch her cervix with your penis. “It feels sort of like the tip of your nose—firmer than the spongy texture of the vagina,” says Lisa Masterson, M.D., of Cedars-Sinai Medical Center in L.A.
For most women, the cervix sits 3% to 4% inches in, but that’s before arousal. “With engorgement, the cervix lifts up,” Dr. Berman says, but you should still be able to reach it.
AWAKEN IT
Keep track of her period: It’s around ovulation (usually day 13 to 16 of her cycle) that cervical stimulation tends to be most pleasurable, says Jaiya.
Circle her cervix with a finger or two; once you make direct contact, slowly glide over the area, applying firm, gentle pressure, until she feels a deep, almost total-body pleasure. If your finger isn’t long enough, Fulbright suggests using a vibrator with a broad head; you want pressure, not poking.
The Pelvic Muscles • 12% of Women Use Them to Climax
FIND THEM
You can’t touch her pelvic floor muscles directly, but you can activate them. “They encircle the vagina,” Fulbright says, “and contract when she climaxes.”
A 2014 Brazilian study found that young women with strong pelvic floor muscles tend to be more orgasmic. Why? If these muscles are toned, they can tighten up during sex and not tire out, helping her finish, Dr. Masterson says.
AWAKEN THEM
Your partner probably knows the most effective way— Kegel exercises, says Fulbright. Have fun with them: Buy a set of Ben Wa balls, such as Jimmyjane’s Prysm Sphen ($22, jimmyjane.com), which are like weights for her vagina.
Lube one up, slip it inside her, and see if she can hold it in; add the second when she’s ready. It’s fun and arousing, and beyond strengthening her pelvic muscles, “the balls can roll over the G-spot and stimulate it,” says Fulbright.

That G- spot is the real deal. One of my old girlfriend's knew exactly where her g- spot was. And she all ways went out with a bang. Once ii understood that g- spot ,it was on and popping. That's all I got to say about the G.