36-Y-O mother of 4, is mauled to death by pack of at least 7 dogs while out walking 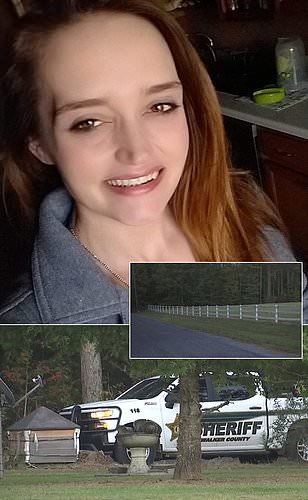 An Alabama mother-of-four was mauled to death by a pack of at least seven dogs while she was out walking on Monday - just three days before her 37th birthday.

Ruthie Mae Brown was set upon by the animals and killed at around 2pm in the town of Nauvoo.

Police say the woman, of nearby Boldo, was dead when they arrived at the scene on Jagger Road.


She leaves behind four sons.

Armstrong said witnesses saw seven or eight dogs involved in the attack, and that officials had caught at least four of them. 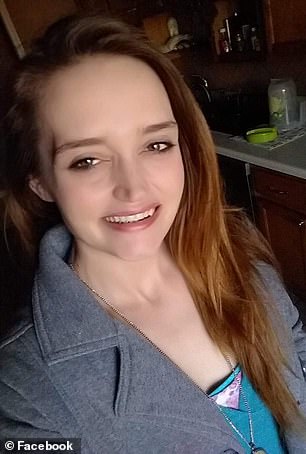 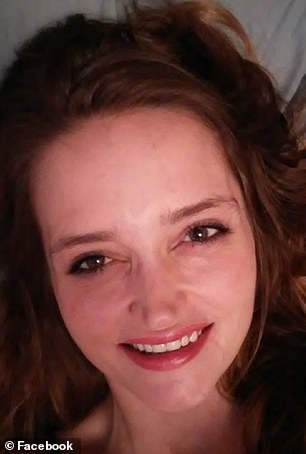 Ruthie Mae Brown, 36, was mauled and killed by a pack of dogs as she was walking down a road in Alabama on the afternoon of October 19 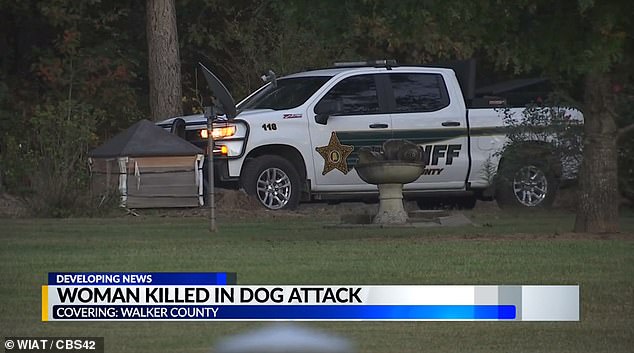 The Walker County Sheriff's Office is investigating the fatal mauling and believes the dogs involved are pets. As of Monday an owner claimed two dogs that were captured, and police were seeking at least three other dogs

A cause of death will be determined later, but the coroner noted severe trauma from a dog attack, according to the Daily Mountain Eagle.

The Walker County Sheriff's Office said it is investigating and believes the dogs involved are pets.

An owner, who was not named, claimed two dogs that were captured after the mauling.

Local resident Robin Johnson told ABC 33/40 that the pack of animals was notorious for their aggressive behavior.

She said: 'It is really scary. I’ve seen them actually attack a deer.'

'They're really aggressive dogs. They were very aggressive. If I wouldn't have known the owner's name it probably would have happened to me.'

A cause of death will be determined later, but Walker County Coroner Joey Vick noted severe trauma from a dog attack 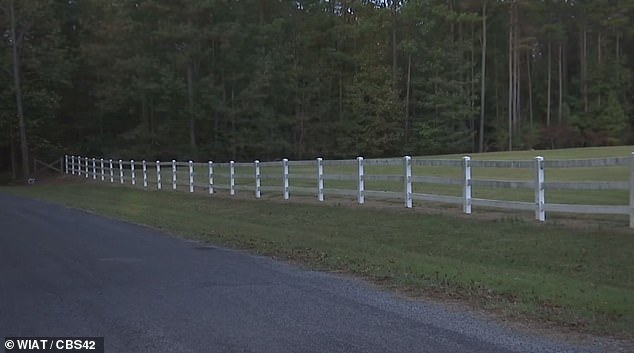 The body of Ruthie Mae Brown was found off Jagger Road in Nauvoo, Ala., on the afternoon of October 19, just three days before her 37th birthday

All of the dogs will be turned over to the Walker County Humane Society, Sheriff Nick Smith said.

Police were trying to capture at least three other dogs as of Monday.

District Attorney Bill Adair will decide if there will be any criminal charges. There is not a leash law in Walker County.

I hope they killed the dogs for the killing and put the owner in jail for 20 years.

Jeffrey L Donovan most people who lives and used to the burbs got real comfortable like the animals are their friends, mostly white people, its only right to carry something in case of danger when ever you are in areas thats his surrounded by jungle or woods, that is their habitat, those dogs probably did not eat for days amd may stray dogs, how the hell they were in a pack of seven, where the hell did they come from, who owns them?

I agree mr1stroke, I always walk with  something for the animals. If they can get by my bum bum stick and baseball bat then good for them, but I doubt it.

White people are too comfortable, whether im going for bike ride or jog i pack something just in case of any wild animals, especially when im with my daughter i also carry a machete and she always ask me, anything can jump out these woods, 7 of them at leas a 380 can take care of that

Damn, even the dogs in AmeriKKKa are demons, sad way to die.