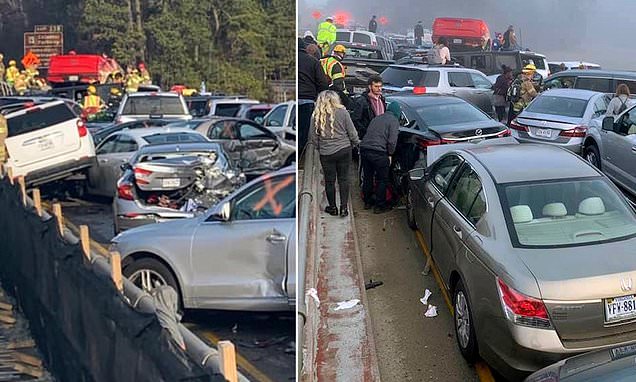 A pileup involving more than 60 cars on a major interstate in Virginia on Sunday morning injured dozens of people, some critically, according to state police.

The accident happened just before 8 a.m. Sunday on Interstate 64 in York County and for a time shut down traffic in both directions, Virginia State Police Sgt. Michelle Anaya said in a statement.

The agency tweeted that there was fog and ice along a bridge when what was described as a chain-reaction wreck began. 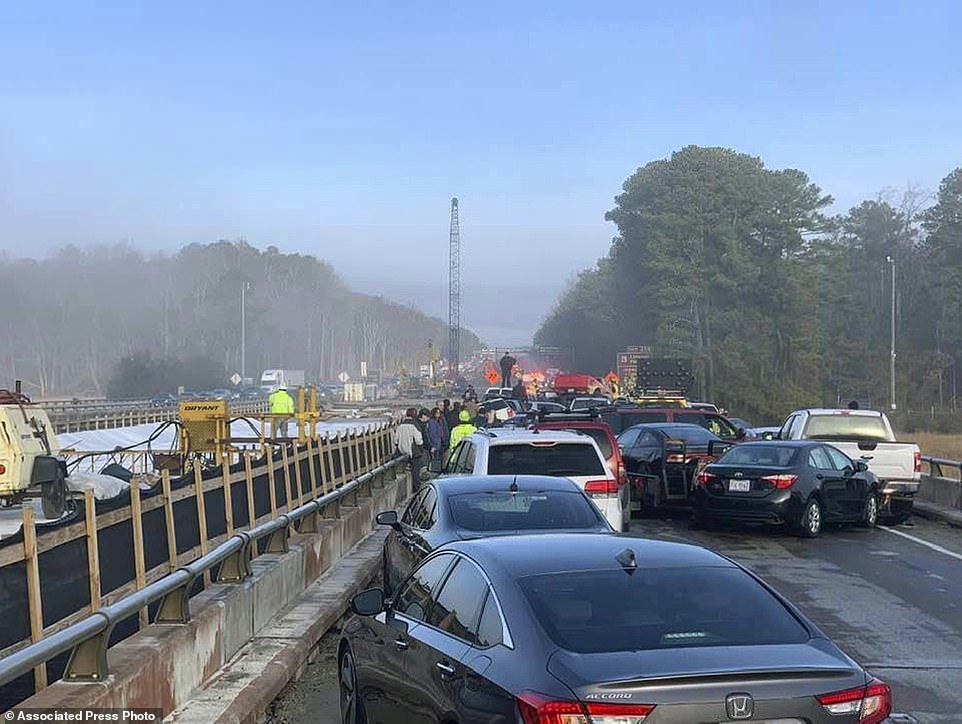 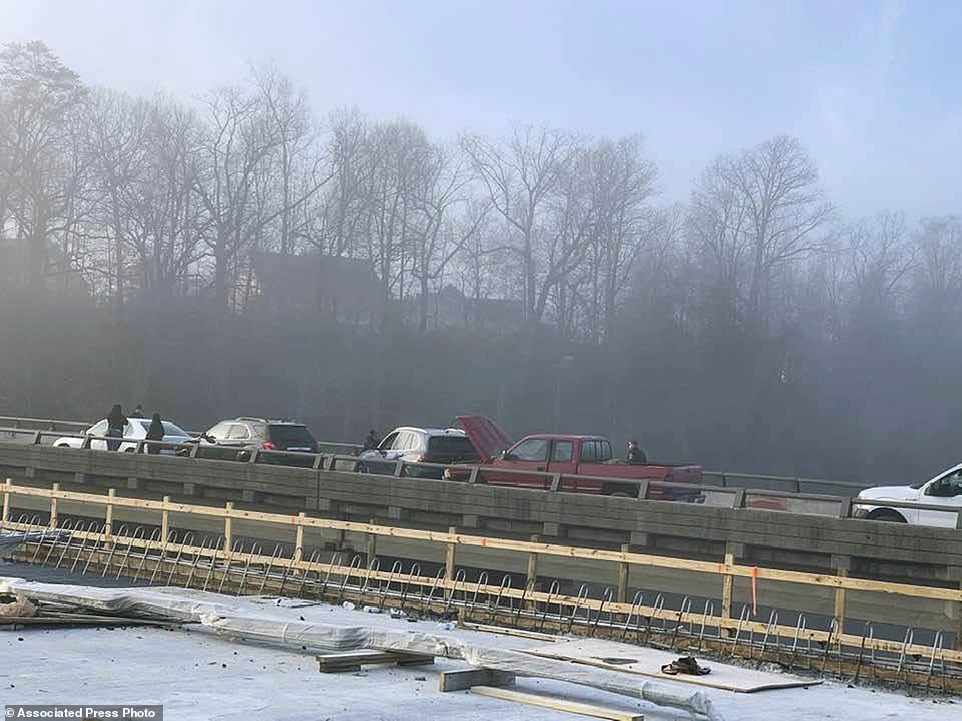 Drivers remain on the scene of a multi-vehicle pileup. Authorities said there was fog and ice along a bridge where the accident began

Sixty-three vehicles were involved, and 35 people were transported for treatment of injuries, Anaya said late Sunday morning. She said an unspecified number of those people had injuries considered critical. There were no immediate reports of fatalities.

Eastbound lanes eventually reopened, but westbound lanes remained closed hours after the crash, according to the Virginia Department of Transportation.

An investigation was ongoing, and motorists were being asked to avoid the area. 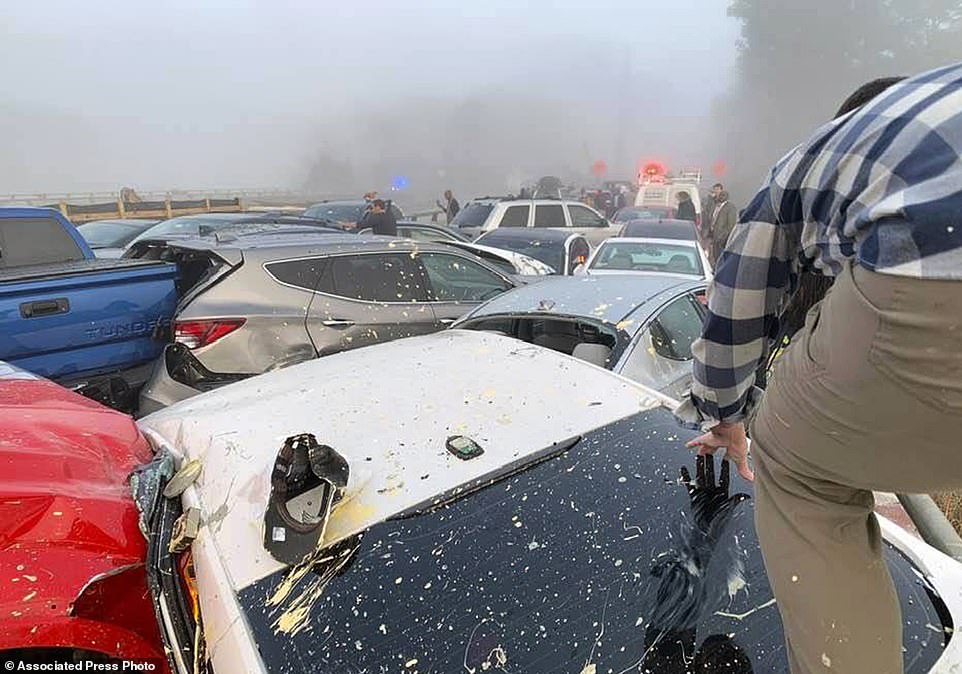 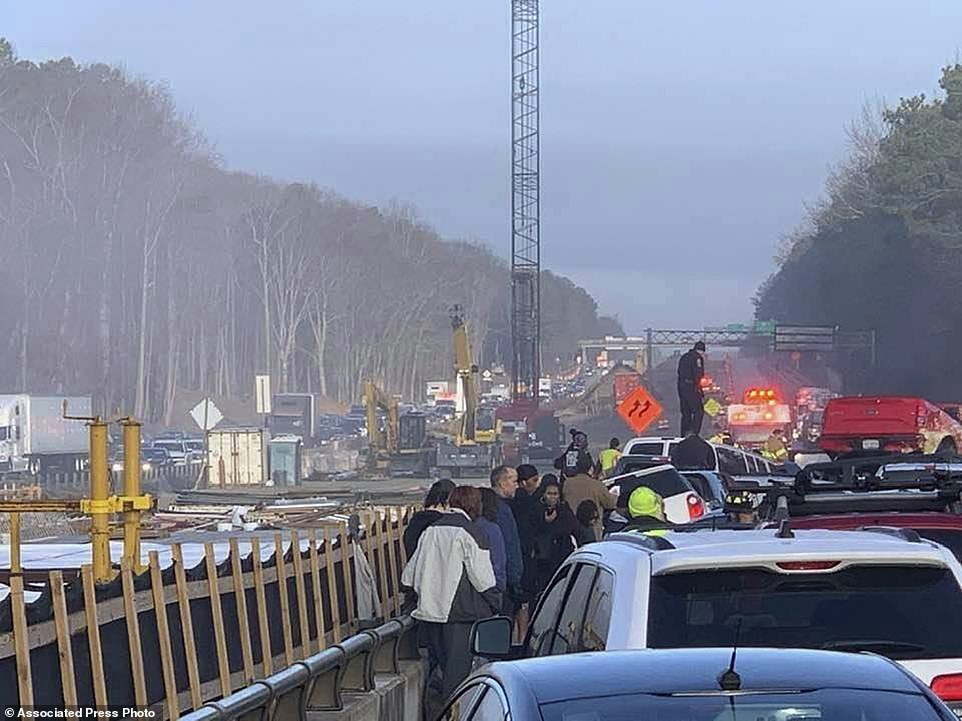 Drivers and emergency personnel work to free injured drivers and passengers. At least 35 people were taken to hospital 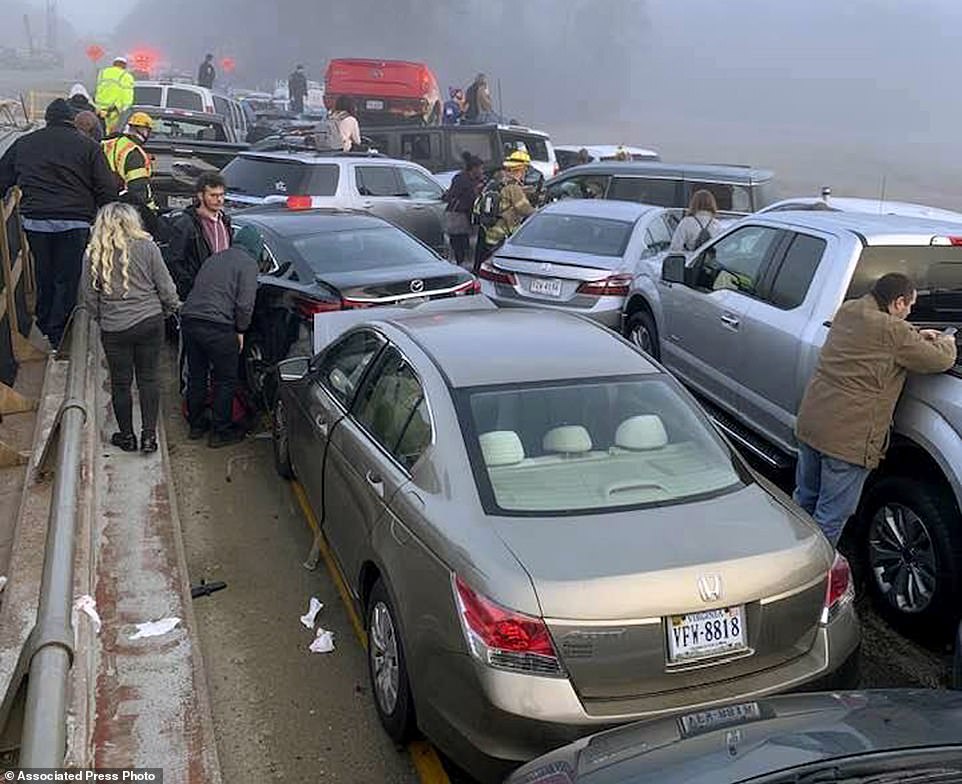 Despite the horrific scene, there were no immediate reports of fatalities. 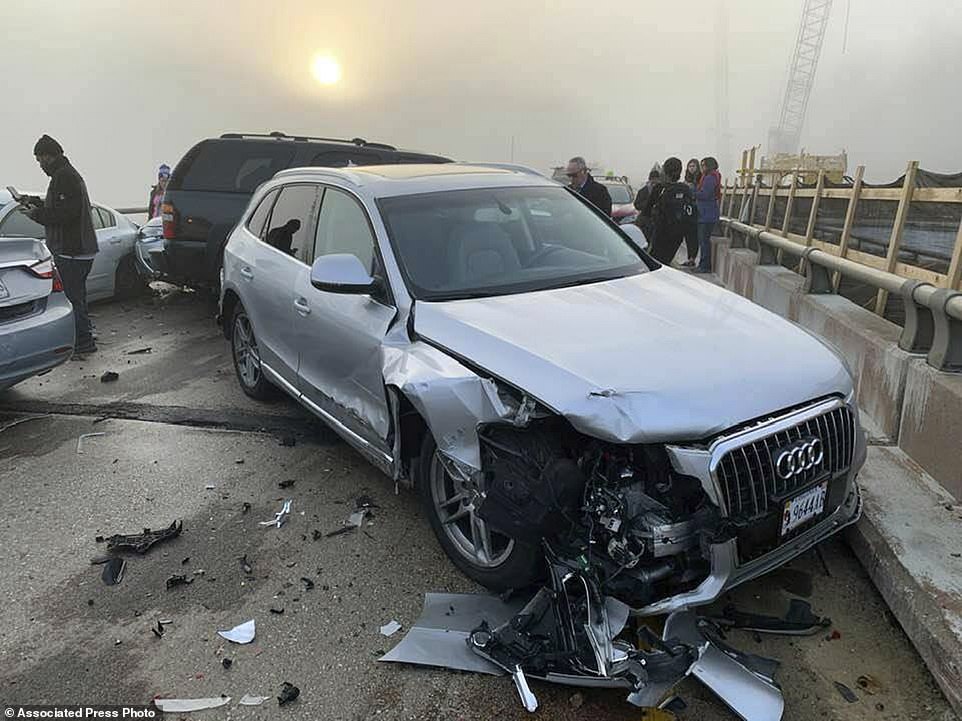 Cops said an investigation is ongoing, and motorists were being asked to avoid the area. 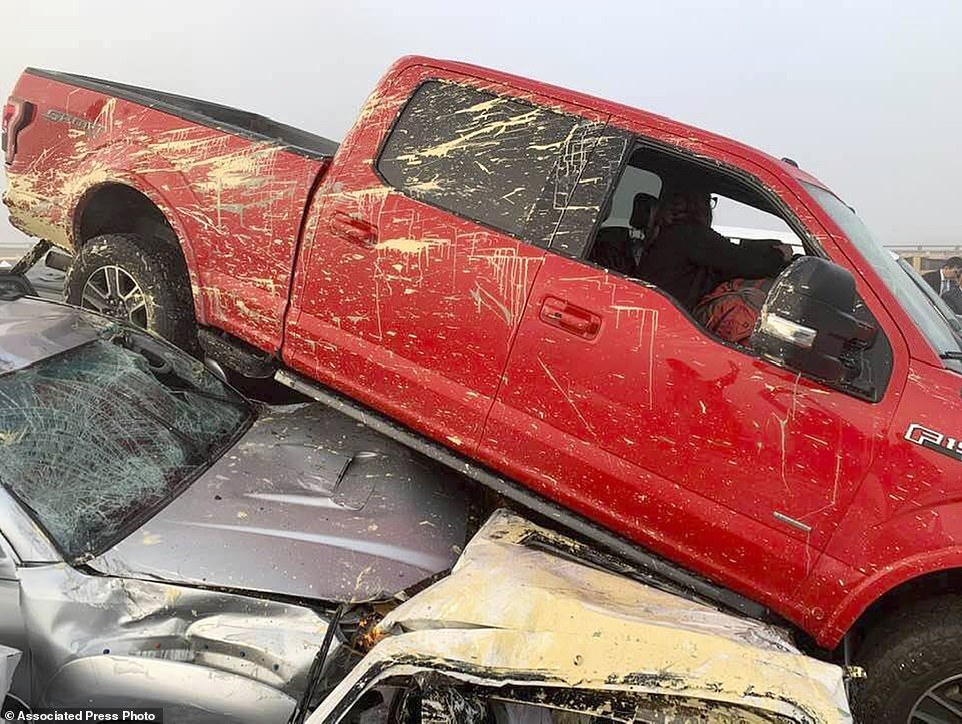 Cars were left piled on top of one another following the pileup, which was likely caused by fog and ice