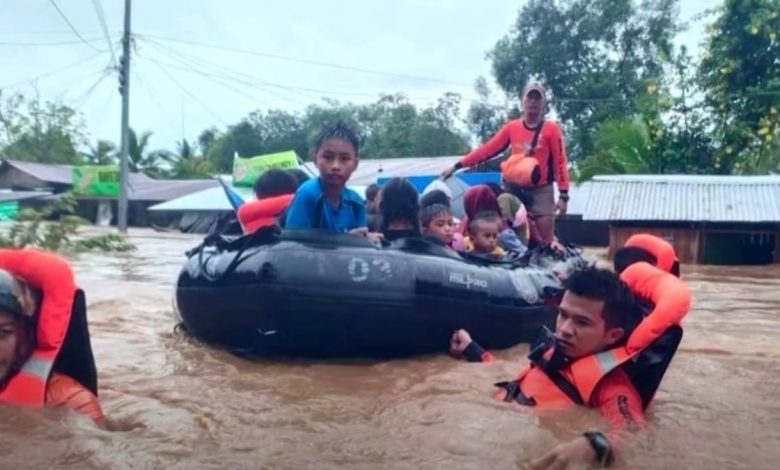 As torrential rain battered the south of the Philippines Thursday night, a number of people are currently missing, and nearly three dozen people have been reported dead by officials.

On Friday, the deaths of at least 31 people were reported by officials, and five more people have been declared missing following a night of landslides and flash floods that were set off by heavy rains. Reports state that a majority of the victims, from three towns in the province of Maguindanao, died after they were injured by debris during the mudslides or drowned after they were carried away by the violent floodwaters.

In footage of the flood’s aftermath, scores of people can be seen wading through waters ankle-deep or even shoulder-deep, forcing rescue teams to utilise boats to aid in their efforts. Numerous homes have been submerged in the deluge, leaving an unknown number of flood victims without a home.

Watch the video of the flood’s aftermath in the newscast below.

GOD BE WITH THEM..