America's Next Top Model contestant murdered with 2 others in DRUG shooting at their home: Teen came to US as a war refugee and was rejected by show

A contestant on the last year's season of American's Next Top Model has been found killed in a triple homicide in North Carolina.

Mirjana Puhar, 19, her boyfriend, Jonathan Cosme Alvarado, 23, and a friend, Jusmar Isiah Gonzaga-Garcia, 21, were found shot inside a home in Charlotte, North Carolina on Tuesday.

Puhar, who moved to the U.S. from Serbia with her family to escape the Kosovo War when she was five, appeared on the 21st cycle of the reality TV show but was eliminated in the 10th episode.

Emmanuel Jesus Rangel, 19, has been arrested and charged with three counts of first-degree murder in the deaths, which police say were drug related, the Charlotte Observer reported. Murdered: Mirjana Puhar, pictured last August, has been found killed in the home she shared with her boyfriend and a friend in Charlotte, North Carolina. She appeared on America's Next Top Model last year

Police say the victims and their killer knew each other. Puhar had just moved in with Alvarado and Gonzaga-Garcia, TMZ reported.

Authorities said they found the bodies after a tip from a 'source'. They have not said how the victims died but TMZ reported that the bodies were found after gunshots were heard.

On Wednesday, a friend confirmed the news on Puhar's Instagram page.

'It has been confirmed,' the friend, Chelsea, wrote just before 11am. 'Everyone keep family and friends in prayer. Everything is still under investigation. Thank you.'

The message was later removed from the page.

Rangel has also been charged in a separate murder that occurred on Sunday morning. He is one of three people charged in connection with a homicide at a motel in Matthews, police said.

Authorities responded to reports of a shooting at 1am at the Microtel Hotel and found two men with gun wounds inside a car. Model: She is pictured in images on her Instagram, including with Tyra Banks, the creator of the show Star: She appeared on the 21st cycle of the show, which aired last year, but left in the 10th week

One man, Rosool Jaleel Harrell, 22, was dead and the other had suffered life-threatening injuries.

'We don't know for sure' if the two cases are related, Matthews police Officer Tim Aycock told the Observer. 'It's very suspicious that the same guy is charged.' Arrest: Emmanuel Rangel, 19, has been charged with their deaths and another murder on Sunday

He was arrested without incident on Wednesday morning, police said.

Rangel was charged with first-degree murder in that case, along with Edward Sanchez, 19.

Another teenager, Emily Ann Isaacs, 18, was charged with accessory after fact.

Mirjana was 18 when she appeared on the reality TV show, which aired last year, and was eliminated from the show in the 10th episode.

The Serbian native was five when she moved to the U.S. with her family during the Kosovo War. With about $50 to their names, her parents ended up in New York City before moving to North Carolina around 10 years ago, she told the Charlotte Observer in an interview last year.

She dropped out of high school and worked different jobs, including at McDonald's, before becoming a model.

'I was a wild child,' she told the Observer in the interview. 'I went out, had fun, partied, whatever – I didn't really have the best influences around me.'

But she decided to head back to school and completed her GED at a community college just before starting on America's Next Top Model. She was the youngest contestant taking part in last year's show.

While on the show, she became close to a male model on the series - but he is not the man who was found killed on Tuesday.

After news of her death, the show's winner, Keith Carlos, tweeted: 'I Love You @mirjanapuhar #RIP' Scene: Police swarmed the house on Norris Avenue after the three people were found dead on Tuesday 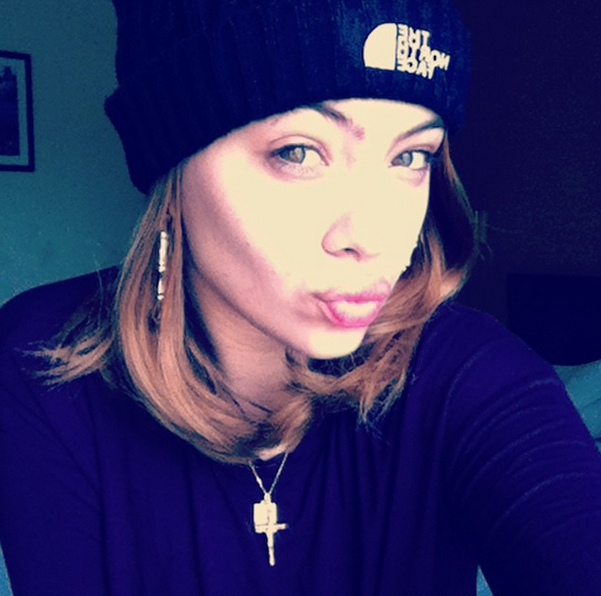 Puhar had recently moved in with her boyfriend, Jonathan Alvarado, 23, and his best friend Jusmar Gonzaga-Garcia, 21. All three were found dead in a Charlotte, Carolina home on Norris Avenue, according to Channel 9.

TMZ reports that the bodies of Puhar and Alvarado were discovered by a friend who went to investigate after getting a call that gunshots were heard. 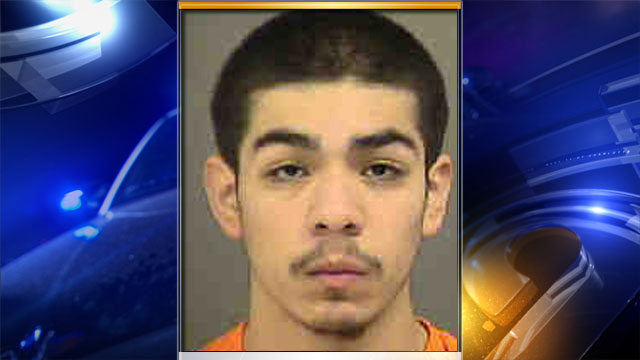 Rangel has also been charged with a fourth murder that took place in Mathews over the weekend. Police say Rangel targeted Puhar, Garcia and Alvarado in what appears to be drug-related homicides.

"I can tell you this is not a random act of violence," Lt. Alex Watson told Channel 9.

Rangel is currently being held in Mecklenburg County Jail.

Comment by Roots aka TJ What De Ras on February 26, 2015 at 6:55pm
Next top homicide. Sad but this what happens you play in the drug business. You pay with your life.