There are some who stand tall and stand out no matter where they are from—whether a large, densely populated country or a small island nation. Prime Minister Mia Mottley of Barbados is one such perso… 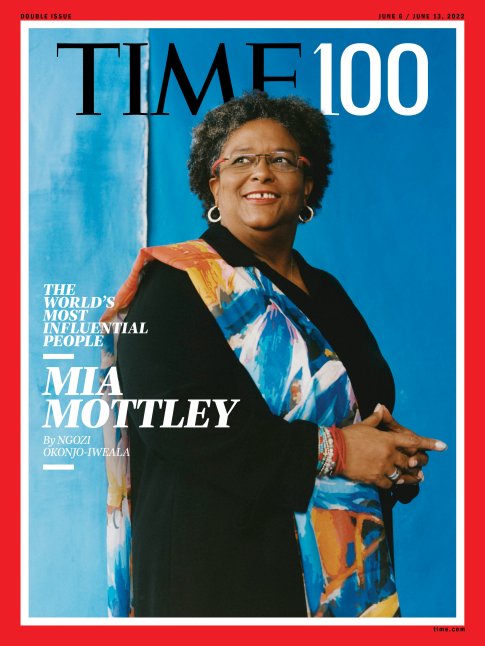 There are some who stand tall and stand out no matter where they are from—whether a large, densely populated country or a small island nation. Prime Minister Mia Mottley of Barbados is one such person. Bold, fearless, and possessing a great intellect and wit, the Prime Minister is a brilliant politician who knows how to shake things up.

Since she was a young woman growing up in the Caribbean, Mia Mottley has always cared deeply about critical issues impacting the world. From poverty to debt to climate change, she is a vocal advocate on the world stage for responsible stewardship of our planet, so that nations large and small and people rich and poor can survive and thrive together.

At COP26 in Glasgow late last year, she chided the world’s leaders for not working more diligently to limit the potential catastrophic impacts of climate change, telling them to try harder. While chair of the World Bank and the International Monetary Fund’s Development Committee, she reminded the world’s finance gurus that the level of a country’s per capita income may not always be the best measure of its wealth. After all: one climate-change-induced hurricanecan take a significant toll on that wealth.

Mia Mottley is an icon in her country, having won re-election by a landslide. The Prime Minister strides boldly on the world stage. She is an embodiment of our conscience, reminding us all to treat our planet, and therefore one another, with love, dignity, and care.

Okonjo-Iweala is the director-general of the World Trade Organization

Photograph by Camila Falquez for TIME

Women make good leaders, they obey their white masters who they see a Jesus.