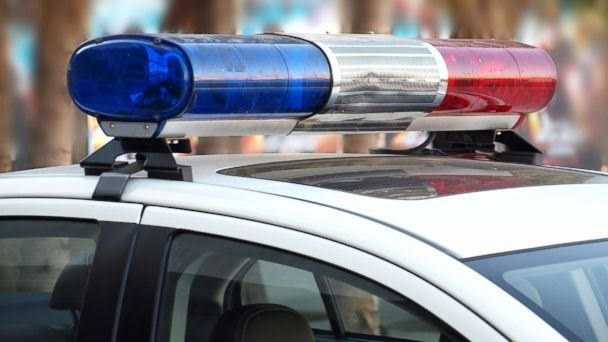 The Wisconsin police department has responded to a viral cell phone video that appears to show an officer planting drugs in a Black man’s car.

The Chief of Police, Christopher Botsch, said body cam video showing the incident from a different angle proves that an officer from the Village of Caledonia Police Department did not try to “plant evidence” in the back seat of the vehicle.

According to reports, the incident happened Wednesday at about 3:22 p.m. when officers conducted a traffic stop. Police say the rear passengers weren’t wearing seat belts — so they were removed from the car after the cops decided to conduct a search.

The driver was identified by his driver’s license, but police say the front passenger, GlockBoy Savoo, lawfully declined to identify himself. He recorded a video on his cell phone that was later posted to social media with the caption, “Cop caught in 4K planting evidence.”

Watch the clip below

After the passenger accuses the officer of throwing a baggie in the vehicle, the officer says, “Yeah, because it was in his pocket and I don’t want to hold onto it. It’s on their bodycam that they took it off of him.”

“I’m telling you where it came from,” the officer insists. “It’s an empty baggie at the moment too.”

CPD uploaded portions of two body cameras from what appears to be 2 different officers — the first shows the cop in question being handed a little baggie — which the department says was an empty “corner tear” — by another officer who was checking it out and then going back to the car and throwing it back in … which is where the OG video picks up.

The police say that little baggie — which, again, they say was not illegal in and of itself since it was empty, albeit indicative of drugs — was found when they searched one of the rear passengers, something they say you can see in a second body cam video they uploaded. Since there was nothing in it, CPD says the cop essentially discarded it back into the car.

“The empty corner tear did NOT contain any illegal substance; however, this type of packaging is a common method for holding illegal drugs,” Botsch said in the Facebook statement.

“Since there were NO DRUGS in the corner tear, the officers discarded the empty packaging material in the vehicle,” the chief wrote. “This is what was observed in the video.”

The CPD’s video also shows the convo that happened after the officer tossed the baggie back into the car.

“While we would discourage officers from discarding items into a citizen’s vehicle, the video is clear that the officer is NOT planting evidence or doing anything illegal,” Botsch said.

“Since four officers were present on scene, the body worn camera footage and squad camera footage totals in excess of 6 hours of video,” Botsch said. “We are still in the process of reviewing the videos. All videos, in their entirety, will be released in the very near future.”

No arrests were made during the traffic stop and the driver was issued a citation for speeding.

Comment by G84Ever on July 26, 2021 at 11:10pm
Listen! It is obvious this police officer violated the driver's 4th Amendment. He must probabke cause as to why he decided to search the driver's person. No word was mentioned of a Wants/Wareant that requires such a search. Also, the officer can only search if drugs could be easily seen upon approach. To give the individual a citation for speeding after the fact is called 'fishing'. If you speed, that's it, instantly, unless when they ran your DL it came up on their system as you being wanted or had a warrant for your arrest. You should not have been handcuffed for a speeding ticket. Guy, get a lawyer. Your rights were violated.

The police chief is trying to mitigate what the officer did. The officer should have kept the bag if it was found on the back seat passenger, and not throw it in the car. It give the perception that the officer was trying to create evidence. Would the office have throw the bag into a White person's vehicle? Some officers create problems, then want to give the impression that Black people are against them. Some of these officers do not belong in law enforcement.