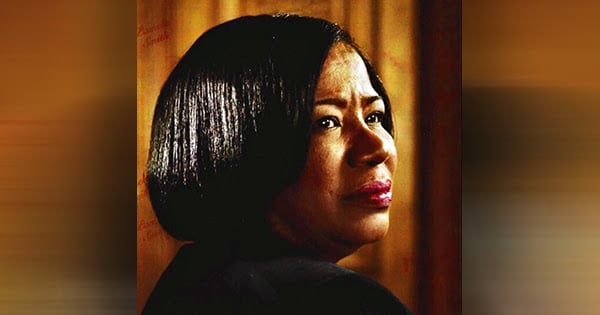 Fighting for her justice for nearly 24 years, Pamela Smith continues to tell her story of survival and perseverance from the alleged abuse she endured while an inmate at the Department of Corrections in Oklahoma. A Black woman from Tulsa, Oklahoma, Ms. Smith alleges she was taken advantage of in her past during her time on a work-release program while incarcerated.

From 1997-1998, over a period of 8 months, while stationed for housekeeping duties at the Department of Public Safety in Tulsa, Smith says that she was repeatedly raped and sexually tortured by the state employee Donald Reed Cochran, a state driver’s license examiner at the time. She tried to report the abuse several times, but all the authority figures she went to did not take her seriously and ignored her pleas.

Once she was released from prison, Smith vowed to pursue the course of legal action. On her journey, however, she attests to having encountered layers of corruption and conspiracy against her case. She cites several state agencies – including the Dept. of Corrections, the Dept. of Public Safety, Oklahoma Highway Patrol, and the District Attorney’s Office – for colluding to cause obstruction of justice. Amongst a list of allegations, Smith asserts incidents of evidence destroyed, files tampered with, witness intimidation, falsified legal notices – that ultimately led to a dismissed $5 million dollar lawsuit she filed in a state court in 2019. Smith says that there are more victims of Mr. Cochran’s behavior that have been intimidated into silence.

Smith has now taken her case to the highest court in the land for herself, and as a voice for other female victims. With a stroke of luck in reaching out to several legal entities outside of the state of Oklahoma, including a federal judge in New York City, Ms. Smith was able to finally get her writ submitted to the Supreme Court on February 11, 2021. Her writ had been docketed on February 22, 2021. Case No. 20-1146. Ms. Smith held a press conference in Washington, D.C. on March 15, and will be holding a press conference in her native Tulsa on May 14 (Facebook Event Link).

Besides working on her own case, Smith had started a non-profit foundation that has provided help and resources to female offenders since 2004. Due to alleged media bias and local slander by her opponents in the case, she has also authored a book entitled Begging For Justice: The Silent Coalition to share her side of the story in this controversial case. She has had several news reports, speaking engagements, rallies, community events, and receptions that have highlighted her case and fight for justice

About the Foundation
Founded by former inmate and rape survivor, Pamela turned her trials into triumph by helping other disadvantaged women and girls who find themselves in the correctional system. The Pamela Smith Foundation is a 501(c)(3) tax-exempt organization that provides livelihood assistance and counseling to female offenders. Pamela developed a 13 week, 20-point program, “My Turning Point” that has achieved a 98% success rate in keeping female offenders from returning to a correctional facility.

About the Book
Pamela chronicles her experience of fighting for justice in her rape case in her book Begging For Justice: The Silent Coalition. Available for purchase on Amazon and Barnes & Noble. ISBN 0-7414-5118-2.

Charitable donations can be made to help Pamela’s foundation to help with her ongoing legal costs and non-profit operations on CashApp @PSF918.

Where isn't it racist in this world? Jeez!!!!

Comment by vaughn mitchell on May 13, 2021 at 3:37pm
Because the rapist was a white man, who had clout, and she was a convict, and the judicial system in Oklahoma is racist.

Why did this women have to wait 24 years? Why would the justice system deny this women her day in court for this long? Why were they protecting this sexual offender?

Comment by vaughn mitchell on May 8, 2021 at 12:08am
Wow, crooked State of Oklahoma. The U.S, accuse Duarte, the president of the Philippines of human rights violation, China of human rights violation but won't clean their closet from all the abuse black people go thru in this country, they turn their backs when it comes to abuse to black people done by whites. Wait until the story of the black man executed by lethal injection in Arkansas, for a crime he did not commit. DNA, on the murder weapon did not match his, none of his DNA, was at the crime scene, and which judge cast the deciding vote to kill this innocent man Trump Supreme court appointee Neil Gursch. His lawyer was drunk during the trial, bias pics of the man was shown to the jury, they don't want to accept that they kill the wrong man.