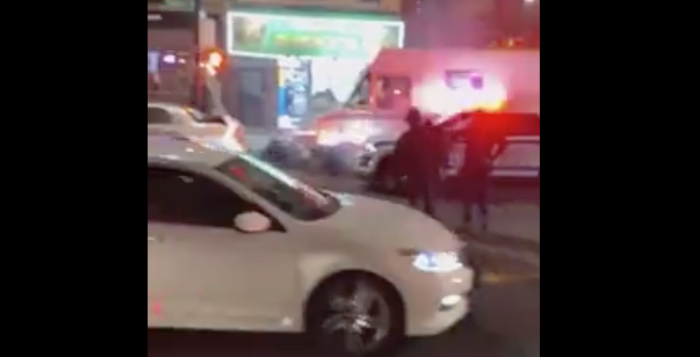 A 21-year-old Brooklyn woman faces serious charges for allegedly stealing a United States Postal Service truck, taking it on a wild joyride, and later crashing into several vehicles in Brooklyn, according to police.

CF News has learned that the entire incident was captured on video.

Martha Thaxton, whom police claim is homeless, faces charges that include grand theft auto, criminal possession of a stolen vehicle, and reckless endangerment and possibly attempted murder of a police officer for allegedly driving off with the empty postal truck she found in Bedford-Stuyvesant Brooklyn.

The postal driver returned to the truck after making deliveries to find the driver putting the boxy vehicle into drive and taking off. The postal employee immediately flagged officers to assist.

The NY Post reports the driver had cruised through seven blocks in the neighborhood with police in pursuit. Before Martha was apprehended, she allegedly crashed the postal truck into several unoccupied cars left parked on city streets.

They also believe that she may have intentionally tried to run down police officers.

According to NBC 4, there were as many as 14 vehicles damaged by the vehicular rampage.