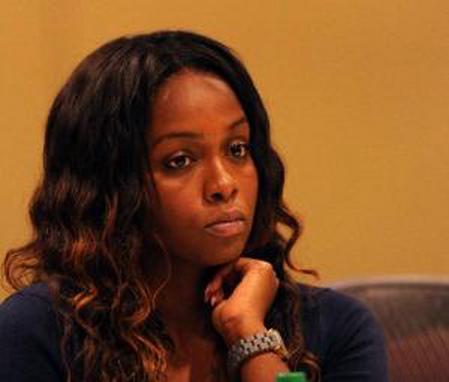 ATLANTA (CBS ATLANTA) A tribunal hired to hear the case of Shayla Smith, an Atlanta Public Schools teacher accused of giving students answers as they took standardized CRCTs in 2009, has decided to uphold Superintendent Erroll Davis' decision not to renew her contract.

Smith taught at Dobbs Elementary School during that time, along with another teacher,Schajuan Jones, who testified against Smith on Monday.

Jones said Smith administered the CRCT to teacher Danielle Blair's students, and  that she heard Smith tell Blair she gave her students answers, and explained why.

"Ms. Smith told Ms. Blair that she gave her kids the answers because they were 'dumb as hell,'" Jones said. 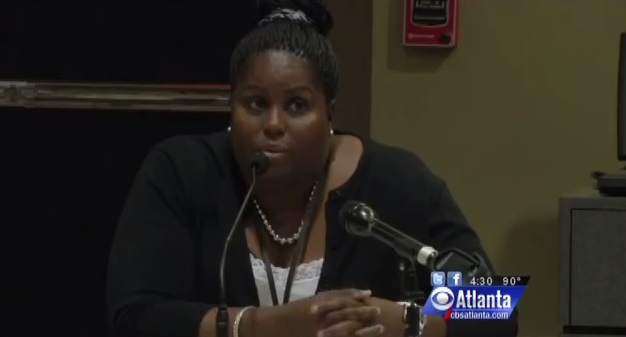 A student who was administered a re-test of the CRCT during summer school testified that Smith gave students answers.

The student, currently an 8th grader, wished to remain anonymous.

"She (Smith) would walk around and tell people the answer," the student said. "She would just come to our desks and read the question and say the answer."

APS spokesman Keith Bromery said that as of Monday, APS had 21 pending CRCT-related tribunal hearings and 16 APS educators who were named in the special state investigation report were reinstated.  He said there are a total of 18 terminations resulting from tribunal hearings.  And there are approximately 110 resignations/retirements.

She's a good person, but a bad teacher huh. In purpose to avoid such frustrating experience with teachers, I decided to try out an eteacher group as an alternative to traditional education, and I never regretted about this decision.

When your salary is dependent on students who do not study, stay up till past 1:00 am playing video games, do not eat a proper diet, are not disciplined but are expected to pass a test even though teachers differentiate instruction, have them practice, and work very hard meeting their basic needs, you better believe that she is not the only teacher cheating.  We have to make our parents, guardians and children accountable for their success. All blame cannot be placed on the teachers.  It's a darn shame that we have children in primary school that do not know the basics, like their alphabets, numbers, how to spell their own name, etc.  That should be learned at home.  Come on parents....and I'm ready for the rebuttals, lame excuses and of course blaming the teachers.

If your kid is failing math YOUR FAULT math is practice but damn they may have to give up some tv and do extra work on the weekend evil thought just plain not fair DWL welcome to McDonalds may i take your order please  ...that is much easier

there is a culture of cheating there and serious lack of leadership. They are probably making an example of her because it was a huge scandal last year the television stations and news papers got involved it hit the national media. They are a little more concerned right now. With the new view that teachers are going to be judged and paid on the test scores look for more of this in the future.

Still parents who make learning a high priority at home are less affected by ineffective teachers. The parents are the difference makers. Condeleezza Rice at the republican convention said she can tell the quality of education by the zip code the kids come from that is sad. She has been steadfast in trying to get change in education.

the answer Parents Parents Parents.. you never have to tell the answer to well prepared kids  and if you have been around elementary school kids they are quick to say i know i know and shine when they succeed

something strange about this case! She suppose to get a warning first or maybe they want to be an example of what not to do in DOE

Dumb kids are a product of a household that has no reading times at home where the whole family reads, there the cable bill is larger than the newspaper, magazine and book subscriptions and more than one TV in the house

These parents treat school as a place to put their kids and not a supplement to the rich educational environment of their educational lifestyle at home.

Yes get rid of this teacher now the problem of parents still exists and there you can’t fix stupid. Someone once said don’t change the parents we need bus drivers to drive the bus to take the workers to our companies to work for us and who will make the beds and clean the toilets.