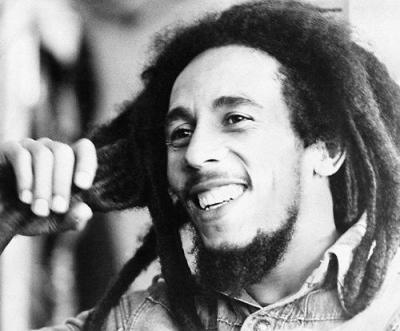 Reggae icon Bob Marley died 28 years ago and he is poised to challenge Elvis Presley and Michael Jackson for the title of richest dead celebrity, according to a story in Fortune.

Hilco Consumer Capital, a Toronto-based private-equity firm has struck a management deal with the Marley estate, which is expected to generate worldwide annual sales in excess of $1 billion by 2012. That seems like a huge number, but by some estimates the Marley name, sound, and image already generate as much as $600 million in pirated merchandise.

Mickey Goodman, a professional marketer and professor at New York University's Stern School of Business, is quoted as saying that Marley is a strong global brand who enjoys a high level of awareness.

Major licensing agreements for the Marley brand are about to be launched in two key areas: consumer electronics -- including headphones, docking stations, and speakers -- and health care, which will likely feature skin-care products and herbal supplements. Also in the works, according to Hilco, are deals for a Marley-branded calming beverage, a video game similar to Guitar Hero featuring Marley's songs, and a chain of restaurants celebrating the music superstar.

Could this be commercial overkill for the Rastafarian whose spiritual songs about social injustice, hope, and redemption have become anthems for billions of fans, from Marrakech to Tokyo, and will it alienate them?

"This is not just about money," says Jamie Salter, Hilco's chief executive. "We have to believe in the people and products we partner with." Salter adds that the Marley estate will have final say on all business ventures, and that charities will figure into the overall mix of Marley branding.

Licensing of dead celebrities is an industry that has exploded in the last decade, thanks in large part to the proliferation of websites and blogs devoted to their memory. Typically, an estate receives 10% to 15% of gross proceeds from a licensing deal, which in this case will be divided between Hilco and the Marley family.

However, at a conservative 10%, licensing fees from $1 billion in annual sales should pull in about $100 million for Hilco and the Marleys. That tops the latest figures reported for Presley ($55 million), John Lennon ($15 million), and Jimi Hendrix ($8 million).

Michael Jackson -- who is worth more dead than alive with an estimated $90 million in earnings in the last 12 months -- appears to be Marley's nearest rival for the richest-dead-celebrity crown.

But the danger of operating the Marley marketing machine in overdrive is that it could irreparably harm the natural mystic's image. Some brand experts now view Elvis as more of a caricature than icon as a result of overexposure.

For Sanjay Sood, director of the Entertainment & Media Management Institute at UCLA, there's one question to ask: If Marley were alive today, would he want his name associated with a particular product? "A lot of artists would say 'no,'" says Sood. "Otherwise, they would have done it when they were alive."

Salter of Hilco says the Marley brand has a long way to go before reaching saturation, noting he also considered doing business with the Dean Martin, Marilyn Monroe, and Jimi Hendrix estates, but settled on the Rastafarian from Trench Town, Jamaica, because that's where he says he saw the biggest potential.

Comment by Britt on December 3, 2009 at 2:38pm
Would like his estae to Make the Billion dollars by 2012 but dont want to see Bob Marley Pork cuts or the Bob Marley grill, ETC ETC ETC

Comment by O. Spence on November 26, 2009 at 2:15pm
I only hope that they find a way to filter some of the money to the people of Jamaica.

Comment by WildBunchChris on November 26, 2009 at 9:02am
Bob Marley sing reggae music I play reggae music, he rich i am trying to get rich so check me out on Saturdays 2 to 4 pm playing some good reggea music @GTRADIOONLINE.COM.

Comment by Dennis Osakue on November 26, 2009 at 7:57am
No one but the King himself can wear that crown Long live the Marley`s. Jah rasta

Comment by Massah Fofana on November 25, 2009 at 9:26pm
Bad part about merchandising in his name is:
1.It's mostly sold in white establishment
2.It'll be over-expensive
3.The resturaunt?I bet it will alienate Rastafarians
4.It'll turn Rastafarianism into a 'cool',pop culture or sub-culture thing rather than focus on his messege and Rasta being a spiritual lifestyle/religion
5.He'll be more of a cariacture than an icon of what he stood for.Elvis was a cariacture,he was a drug addict,racist,'stole' the Rock and Roll culture from black americans and did nothing that was inspiring to others ouside himself (i.e.charity,fundraising,missionary work,etc.)