Kristin Davis, The Manhattan Madam Speaks on Eliot Spitzers Potential Comeback. What do you think? 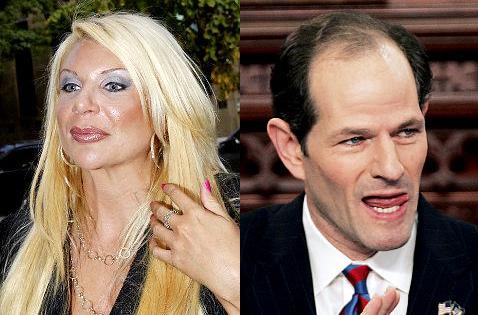 The Governor’s Potential Comeback
By Kristin Davis
Today I was asked by a reporter to comment on Ashley’s Dupre’s stance that former governor, Eliot Spitzer, should be given a 2nd chance.
Of course I have strong thoughts on this which I voiced.
But then I thought- why not speak to the people and get their opinions. So, I’m reaching out to you, what do you think of this?

I believe in 2nd chances. I believe people can be better – if they want to be.

However, Eliot Spitzer was the Chief Executive Law Enforcement Officer of New York. He used the services of my agency (and others) while he was Governor and Attorney General. He went around ARRESTING people for committing the same crime he himself was committing. He made examples out of these people, he sent them to jail for 1-2 years and took all of their assets. Then he went home, to his hi-rise apartment and called an agency to order a prostitute.

I have no problem with the fact he frequented Hookers. He didn’t just use them once- there are MANY Ashley Dupre’s out there. I believe prostitution should be legal, taxed and regulated. However, I do have a problem with abuse of power. I do have a problem with ALL the rich white men who buy themselves a get out of jail free card because they think their money gives them the right to do whatever they want.

Should we put this man in a position of power again? Should we allow him to make the choices on whose freedom gets taken away and whose doesn’t? Should we give him a second chance?

I don’t plan on letting this issue go. Why? Because I stand up for what I believe in. Now its time to stand up! Its still our country. We have had enough dirty politicians. We have seen our country fall deep into the throes of a recession because of the greed and mismanagement of these dirty politicians. All claiming to do public good but look at where our country is now.

I’ve never claimed to be something I’m not. I was a madam. I went to jail and had all of my assets seized. I didn’t know a damn thing about hip-hop until I met Remy Ma in Rikers and she showed me friendship when everyone I loved testified against me in secrecy. I have been fortunate enough to have the support of many people including the G-Unit team and feel very blessed.

I don’t come to you trying to fit in or promote some musical career nonsense- I come to you as someone who believes strongly in equality and personal freedoms. I believe that Prostitution should be legalized, regulated and taxed to help solve our fiscal problems. Marijuana should also be legalized, regulated and taxed. With both, New York could balance the budget without raising taxes or cutting essential services. Gay Marriage, hamstrung in the State Senate, should be legalized as a matter of total equality.

It takes a lot of courage to go against men in power but I have to hold on to the hope that our voices will be heard. Perhaps if Eliot Spitzer throws his hat in the ring, I may just have to jump in the race myself.

Not sure where to get the needed material? Just let us provide it - Small Cap Investment. The earlier you submit an order, the better your essay help will be.

The speech of Davis on the Caribbean fever has been an art of the joy for all people. The improvement of the speech is pulled on https://sandymiles006.gonevis.com/hello-world/ for the candidates. The casual is filed for the id of the stances. Madam's speech has been full of the comments for the Caribbean fever.