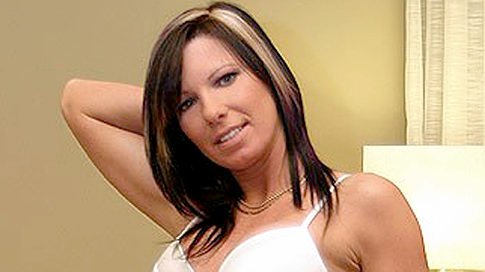 The woman, whose nom-de-porn is Samantha Ardente, was canned in March after the 14-year-old student spilled the beans to officials at his Quebec City high school.

At the time, the boy claimed he tipped Ardente off that he knew about her secret life when he asked for an autograph.

But she now says he asked for more and when she said no, he blew the whistle to officials about her starring role in "Serial Abusers 2."

"\[He\] basically asked her for oral sex in order to stop what was going to be happening," her lawyer, Franco Schiro, told Canada's Sun News Network.

The boy was later suspended from school for creating a bogus Facebook page in Ardente's name with a racy profile picture of her in her underwear.

You may miss many classes may due to various reasons, and you may not have mastered the topic or simply dislike the research task. But in any case, you should complete your writing task. Otherwise, it may negatively affect your assessment and overall academic performance. Luckily, there many online services custom writings review. They will do everything you need in a very short period, you will just need to print out the finished essay.

Lady was an Adult Film actress, not a prostitute, there is somewhat of a legal distinction. So I don't think she did anything wrong at all.  Besides she was a school secretary, not a teacher, and as far as we know she had virtually no interest in messing around with under-age boys - so she's not a pedophile.  Point is there was no basis to fire or slander her, that was some serious over-reaction by the Canadian school system who bought that kids b/s hook, line and sinker.

If that was here, as f-up as this country is - she would've been entitled to major cash.... and the boy would've become a reality-TV super-star for showing massive potential to be the next amazing Sleazy American Teen idol.  No doubt MTV Quebec is in hot-pursuit... stay tune.

Comment by ROLAND THOMAS on April 22, 2011 at 5:52pm
ABSOLUTELY GREAT FOOTAGE! WOULD TURN MY PROFILE PIC TO A VERY, VERY, HAPPY FELLA! BELIEVE 'DAT S**T! However, everyone has had a past, and if you aren't anyone F**k, suck and menage a trois 'yo A** off.

However, she was right for not "BLOWING (in "mo way's then one) that YOUNG boy's F**$^ng mind because it would not have ended there. He would of TOLD ALLLLLLLL HIS PEEPS and they would of all wanted to get their "wee-wee's" done.

Therefore holding the ULTIMATE VENGEANCE against her. She was,obviously, trying to make a different way for herself by seeking a decent job.Just seeking a different way of life. So, as I pound my mallet on my desktop, judgement FOR her. ;-))

Comment by evolution on April 22, 2011 at 4:05pm
@mr1stroke she would go to jail for being with a minor,better she lose her job.

here's the real, FREE link if you care to see. Must be 21 and older to view

Comment by mr1stroke on April 22, 2011 at 2:00pm
why didnt she just give him some head and keep her job lol, theres nothing she can do about it, they can see the movie as proof