Michael Jackson steps out of a car during his visit to Jamaica in 1975. The vehicle bears the emblem of the Jackson Five. - Contributed
In March 1975, during the glory years of the Jackson Five, the group toured Jamaica, and was hosted by Edward Seaga at his home in Temple Meads, St Andrew.

Seaga was then the opposition leader and head of the Jamaica Labour Party (JLP).

"I was at home when the police guard informed me that there was a Mrs Jackson at the gate. I told him, 'I don't know a Mrs Jackson'," he recalled humorously.

"But I went to check it out, and I saw a minibus. When I spoke to the driver, he told me that it was the Jackson Five in the back."

Seaga then welcomed the group and their parents into his home, where they spent the rest of the day.

"They were just relaxing, chatting. Michael, who was young then, spent most of his time in an aviary I had with the birds."

When speaking of the group's visit to Tivoli Gardens, Mr Seaga recalls the happiness of the residents at having the visitors, and recalls the Jacksons speaking to them during their visit.

"People, of course, knew who they were, and ran out of their houses and welcomed them. They were very hospitable. Some were even cheering when they saw them," he said.

Speaking about Michael Jackson's death on Thursday, Seaga said, "His death was most unexpected; he was only 50."

Seaga had been looking forward to Jackson touring again next year, as he had kept abreast of the artiste's popularity and success.

"He brought a lot of musical cheer. He was one of the greatest musical talents of this century." 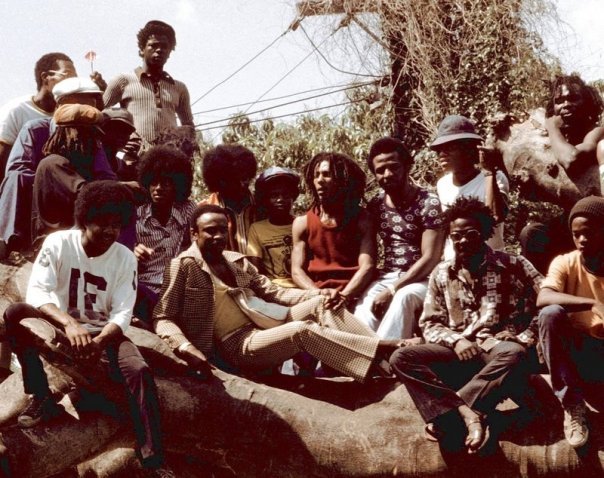 Michael Jackson and his brothers with Bob Marley and the Wailers

The Jackson 5 were the opening act for Bob Marley and the Wailers at the outdoor National Stadium. The air was electric as the crowd waited for the music to begin. As soon as they began playing it was amazing, the level of professionalism, the voice, the dancing, everything!! After several encores, they finally left the stage. I looked around and nuff" of the people were leaving. They had come to see the Jackson 5 and having seen them were leaving and not interested in staying for Bob Marley, which incidentally was a fantastic show as well. Your Songs Will Live On Forever!! will become obselete , then enjoy a resurgence, it is the way of life...Rest Well knowing you touched so many individual's lives


The MARTINEAU BROTHERS remembers The Jackson 5 visit to sweet TNT 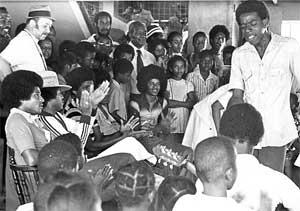 
Back in 1978 Trinidadians had the opportunity to the Jackson Five live when the Martineau Brothers presented them in concert. There were three shows, at the Grand Stand, Queen's Park Savannah, Port of Spain, on February 24 and 25 then at Skinner Park, San Fernando on February 26.
One of the memorable moments of that series of shows is Michael Jackson singing "Sugar Bum Bum" by Lord Kitchener. So spot on was his rendition of the song people believed he had known the song before coming here.

The truth is, Frank Martineau and his brother, Claude had presented the song to Jackson when he arrived and asked if he would consider learning it then performing it on the night.

"He learned the song in a couple days. The Jackson family were thrilled to visit John John, Laventille when we took them on a tour there. They also visited the Belmont Orphanage spending quality time with the children. The Jackson family always wanted to reach out to underprivileged children to inspire and encourage them since they too had come from humble beginnings," Frank Martineau said.

Charge des Affairs at the US Embassy, Len Kusnitz said Jackson was his contemporary as they were of the same generation. Kusnitz said he grew up listening to Jackson's music and enjoying his early videos. The entertainer's death, Kusnitz said is a great loss for the cultural face of the United States and the world at large.

"His death is a reminder of our mortality as well as a great loss to the cultural landscape of America. I was stunned when I heard the news of his passing. He was a great artiste," Kusnitz said.