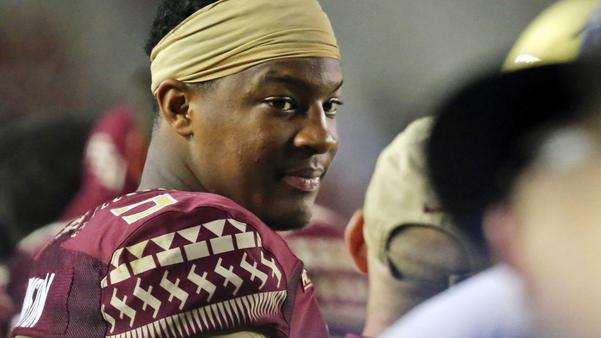 Jameis Winston, the all-everything quarterback for Florida State University once appeared to be a top 5 pick in the 2015 NFL Draft. His draft stock could now plummet because of allegations he was involved in a point shaving scheme during FSU's win over Louisville on October, 30.

The draft situation is minor compared to possible legal ramifications. If the FBI finds evidence Winston was involved and he's convicted, he could face up to five years in prison. 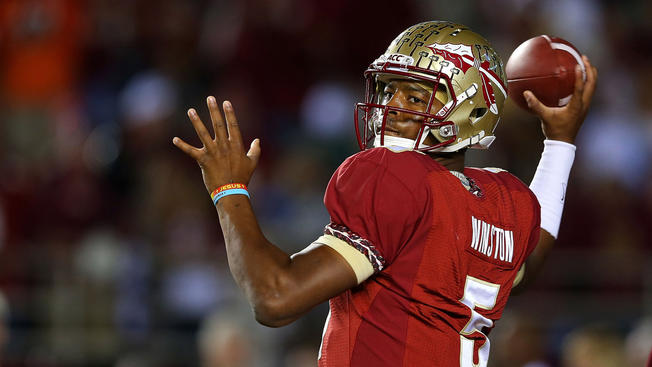 According to Fox Sports, Winston may have deliberately played horribly in the first half of the game to help a former high school teammate, Chris Rabb, win a bet.

The Heisman Trophy winner's team was down by a score of 21-7 after the first half. They rallied to win the game by a score of 42-31.

A bookie who took the bet is making the allegation.

Bookie gets information late Sunday night that he's been "Played for a fool" as Mr Rabb and Jameis Winston are former teammates and conspired together on the above mentioned first half wager. Bookie wants no part of paying the debt.

TMZ reached out to the FBI for clarification. They were told the bureau could "neither confirm nor deny that we are investigating allegations of point shaving."

I can imagine how much money sports gamblers lost because of him. Thankfully, I don't do this sport bets on https://1xbet-ng.biz but I hope that such a thing will never happen to me because I don't want to lose money because of idiots

He is that stupid.

Comment by Incognito on November 10, 2014 at 10:41am
Nah, this dude can't be this stupid. I thought the underwear robber had won the "idiot of the year" award, but looks like Jameis is looking to add to his Heisman...