A South American Snake The Size Of An 18-Wheeler 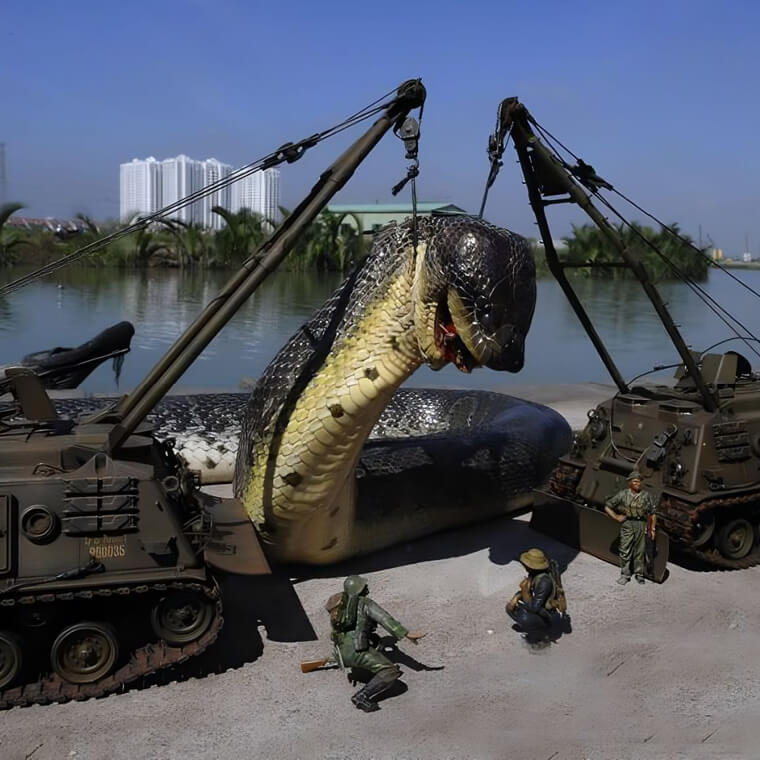 We should probably be happy that this monster snake dined mainly on fish. They must have been pretty massive fish though, perhaps even ones that are elsewhere in this very article. Nonetheless, it's enough to make your skin crawl knowing that these gigantic creatures were out there living somewhere, and somehow even worse that they could be hiding in the murky depths of streams and rivers, just waiting for us to dip our toes in. 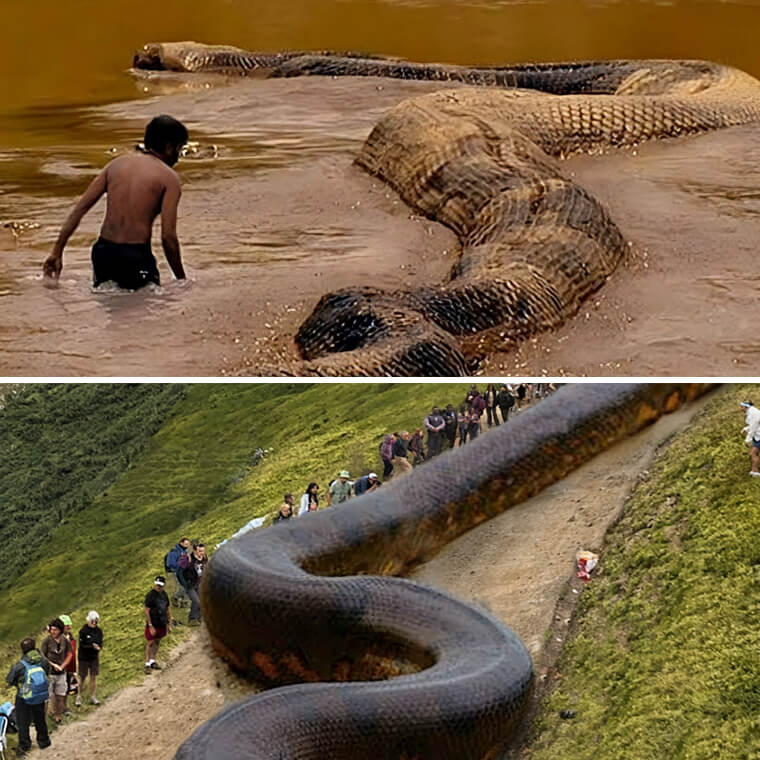 The one consolation is that this specific species, Titanoboa, is said to be extinct. The bad news is there's no way to prove that something is extinct, we just have to assume since it hasn't been seen. But remember how they lurk at the bottom of muddy rivers and streams? Watch your toes...

A Snake So Big There's A Hollywood Movie About It

In 1997, the world was introduced to a truly terrifying creature that dominated our imaginations--or at least those of us who saw Anaconda in the theater. Of course people in South America have known about these monsters forever, but people elsewhere saw them for the first time on the silver screen alongside Jennifer Lopez and Ice Cube. The movie may have received terrible reviews, but it made a ton of money at the box office and more importantly woke everyone up to these terrors from Brazil.

When they're not starring in Hollywood films, green anacondas can grow to 30 feet long. That's about the size of a school bus, which would probably be a good snack for one of these things. And in an interesting twist, female green anacondas are larger than males.

I wonder how many people this snake done ate.