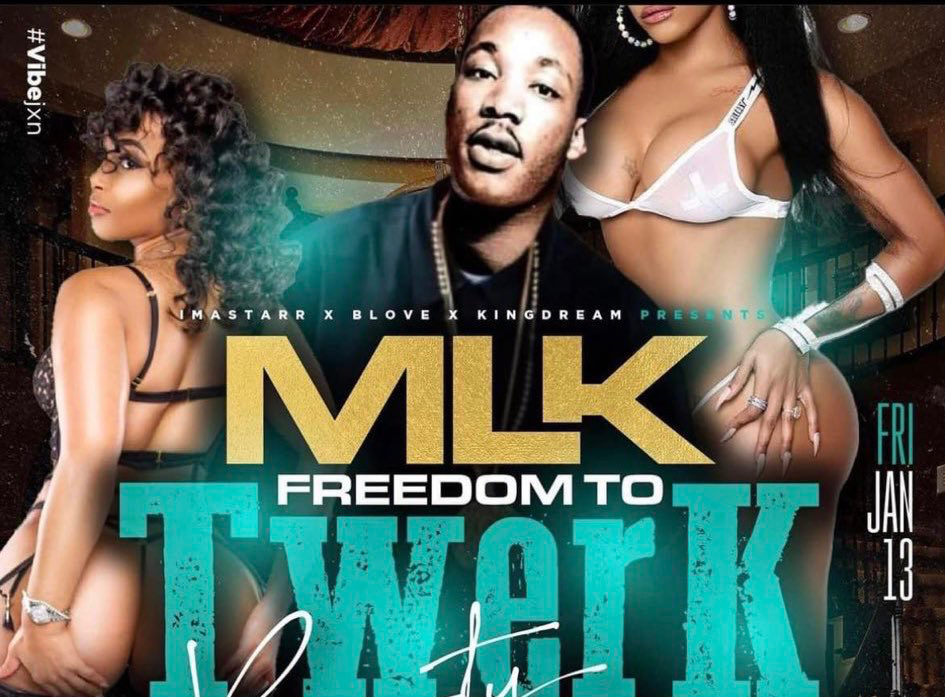 It’s Martin Luther King holiday weekend, and you know what that means. Ratchet nightclubs all across America – but especially in The South – will be creating the most disrespectful club flyers, featuring the American con.

Media Take Out learned that clubs in Atlanta, Florida and Tennessee have been going OVERBOARD with it this year..

Here are just a few of the offenders: 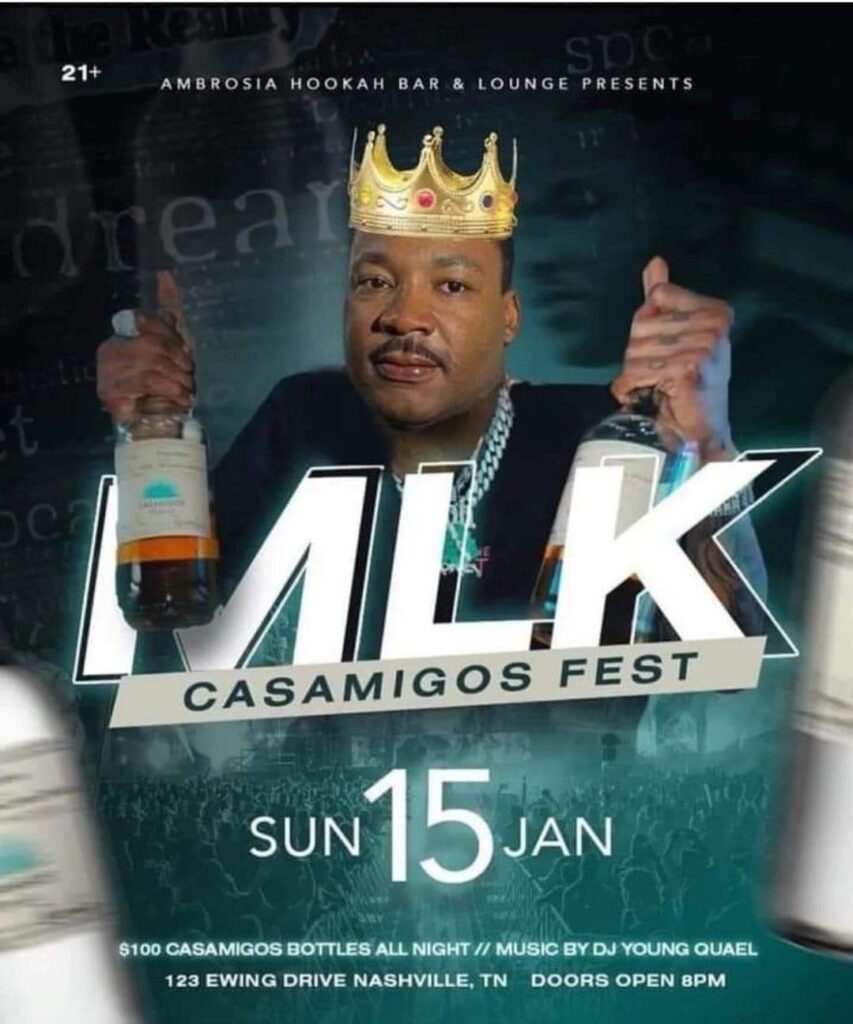 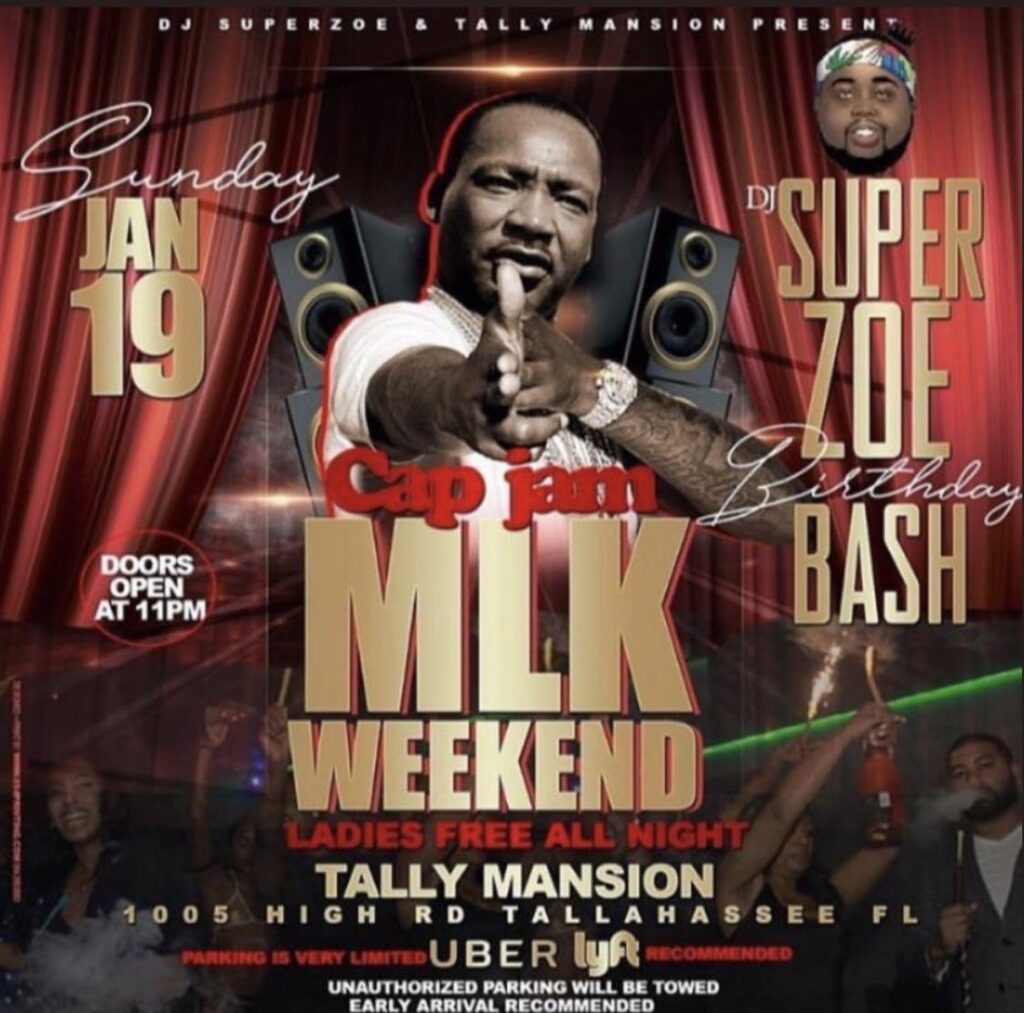 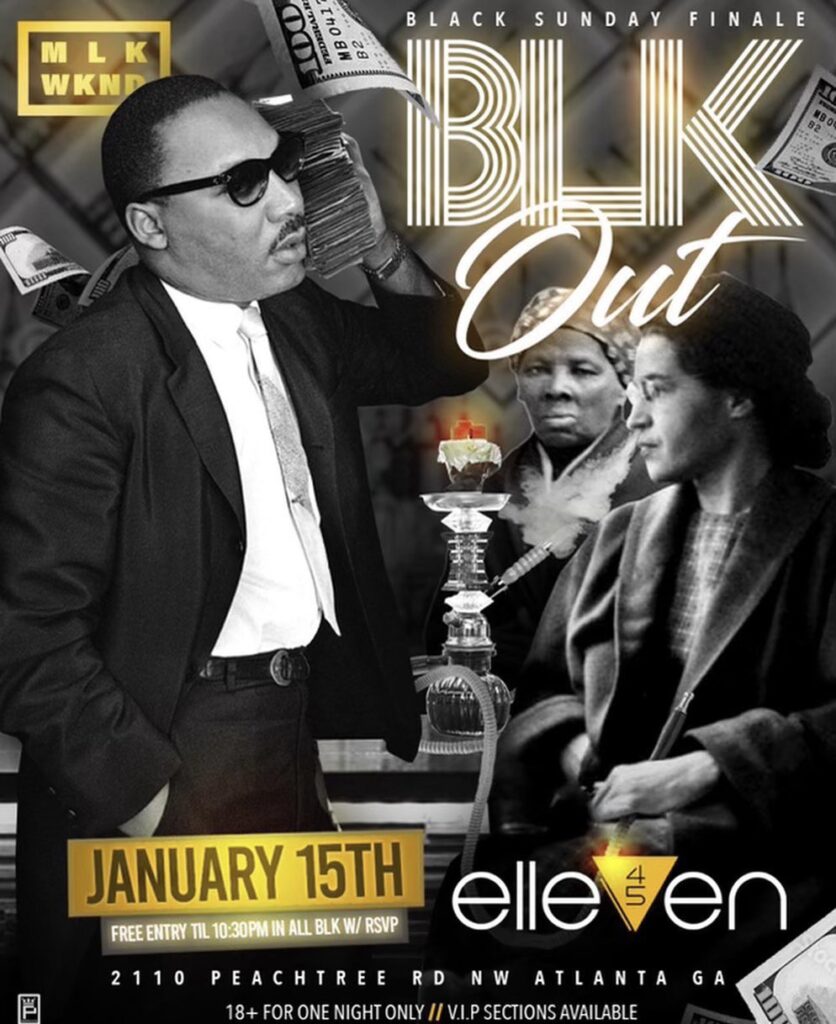 What’s sad in that a lot of young people today don’t fully appreciate how great a man MLK really was. In honor of his birthday, here is a brief biography of the Great American Hero.

Martin Luther King was an American Baptist minister and activist, one of the most prominent leaders in the civil rights movement from 1955 until his assassination in 1968. An African American church leader and a son of early civil rights activist and minister Martin Luther King Sr., King advanced civil rights for people of color in the United States through nonviolence and civil disobedience. Inspired by his Christian beliefs and the nonviolent activism of Mahatma Gandhi, he led targeted, nonviolent resistance against Jim Crow laws and other forms of discrimination. King participated in and led marches for the right to vote, desegregation, labor rights, and other civil rights.[1] He oversaw the 1955 Montgomery bus boycott and later became the first president of the Southern Christian Leadership Conference (SCLC). As president of the SCLC, he led the unsuccessful Albany Movement in Albany, Georgia, and helped organize some of the nonviolent 1963 protests in Birmingham, Alabama. King was one of the leaders of the 1963 March on Washington, where he delivered his “I Have a Dream” speech on the steps of the Lincoln Memorial. The civil rights movement achieved pivotal legislative gains in the Civil Rights Act of 1964, Voting Rights Act of 1965, and the Fair Housing Act of 1968.

The SCLC put into practice the tactics of nonviolent protest with some success by strategically choosing the methods and places in which protests were carried out. There were several dramatic standoffs with segregationist authorities, who sometimes turned violent. Several times King would be jailed. Federal Bureau of Investigation (FBI) Director J. Edgar Hoover considered King a radical and made him an object of the FBI’s COINTELPRO from 1963 forward. FBI agents investigated him for possible communist ties, spied on his personal life, and secretly recorded him. The FBI in 1964 mailed King a threatening anonymous letter, which he interpreted as an attempt to make him commit suicide. On October 14, 1964, King won the Nobel Peace Prize for combating racial inequality through nonviolent resistance. In 1965, he helped organize two of the three Selma to Montgomery marches. In his final years, he expanded his focus to include opposition towards poverty, capitalism, and the Vietnam War. In 1968, King was planning a national occupation of Washington, D.C., to be called the Poor People’s Campaign, when he was assassinated on April 4 in Memphis, Tennessee. His death was followed by national mourning, as well as anger leading to riots in many U.S. cities. King was posthumously awarded the Presidential Medal of Freedom in 1977 and the Congressional Gold Medal in 2003. Martin Luther King Jr. Day was established as a holiday in cities and states throughout the United States beginning in 1971; the holiday was enacted at the federal level by legislation signed by President Ronald Reagan in 1986. Hundreds of streets in the U.S. have been renamed in his honor, and the most populous county in Washington State was rededicated for him. The Martin Luther King Jr. Memorial on the National Mall in Washington, D.C., was dedicated in 2011.

No No No it's a No No, Not after he give his life so that African Descent could be free but not to disrespect him and his name.

Comment by James on January 15, 2023 at 11:12pm
Well u know the neanderthaakz iwb the clubs just like the drugs ,alcohol ,gunz ect

Now that's some real disrespectful sh*t!!!!! what in the world is wrong with these niggars.  These mofos just don't know when to stop.  You think white folks would do some dumb shite like this to one of their heroes.  Man, I feel sorry for out people.  We just getting dumber and dumber by the minute.