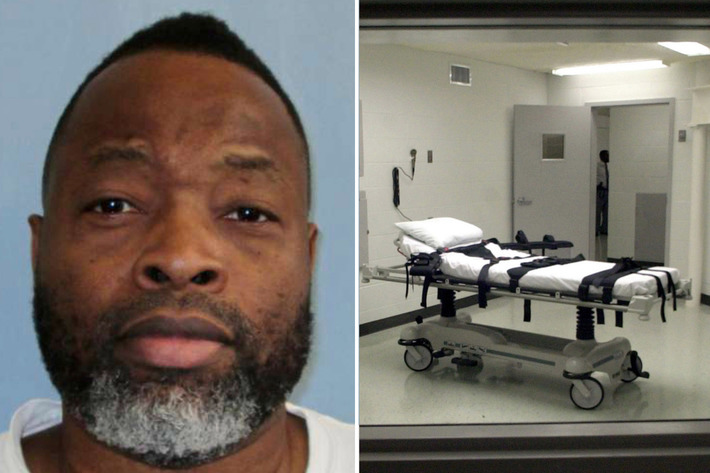 Alabama death row inmate Joe Nathan James Jr. was convicted of murdering his former girlfriend in 1994 and sentenced to death. His execution last month reportedly took longer than any lethal injection in recorded US history.

James Jr., 50, was subjected to 3 hours of pain and suffering because the execution team “took time to establish intravenous access to administer multidrug cocktails,” per The Independent reports.

The outlet writes, “The execution team allegedly attempted to insert IV catheters into both his hands, right above the knuckles, which caused his skin to turn violet due to bruising, reported The Atlantic.”

James’ execution was set for 6 p.m. on July 28, but the lethal injection was delayed until 9:04 p.m., according to multiple reports. He was not pronounced dead until 9:27 p.m. The family of the victim reportedly objected to his execution and fought to spare his life.

Commissioner John Hamm claims “nothing out of the ordinary” caused the delay in James’ execution.

“The protocol states that if the veins are such that intravenous access cannot be provided, the team will perform a central line procedure. Fortunately, this was not necessary and with adequate time, intravenous access was established,” the Alabama Department of Corrections said. 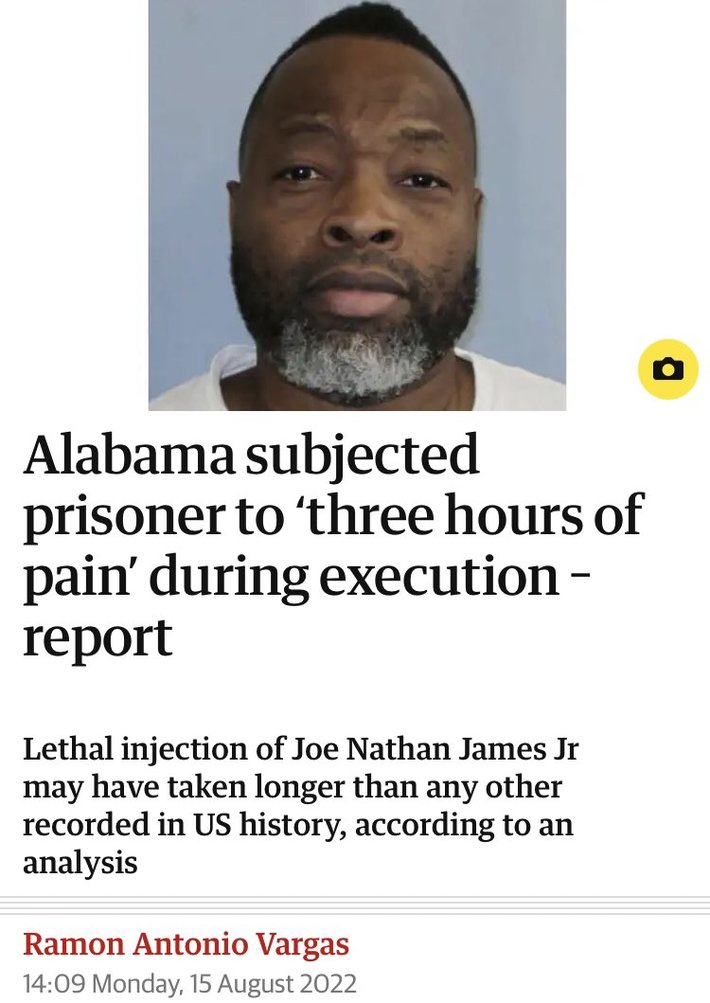 According to The Atlantic, an independent autopsy into his death proved “something terrible had been done to James while he was strapped to a gurney behind closed doors.The inmate was likely sedated during the procedure to make it easier for the executioners to search for the vein, the report added. James’ attorneys were allegedly not present during the execution as they may have pushed back against the hours-long process.

It the inmate’s “hands and wrists had been burst by needles, in every place one can bend or flex.” Pathologist Mark Edgar said the injuries appeared to show that “the IV team was unqualified for the task in a most dramatic way,” with one wound “more consistent with trauma … incurred during a struggle.”

The human rights group Reprieve US, which funded the autopsy, has rejected law enforcement’s explanation about why James’ execution took 3 hours.

“Alabama’s execution of Joe Nathan James Jr. took longer than any lethal injection in recorded US history, and may even be the longest execution ever using any method,” the group said, as reported by the New York Post. “Subjecting someone to 3 hours of pain and suffering is the definition of cruel & unusual punishment…“[James] essentially underwent two executions: a torturous procedure behind closed doors then a theatrical performance for witnesses.”

I am glad he suffered he killed a mother of 2 who he briefly dated all because she did not want to date him anymore...she hurt his feelings. He deserved cruel and unusual punishment.

Man they would be better off going back to hanging a mofo or just use the firing squad.