Tump Had HIGHEST Level of Classified Documents At Mar-a-Lago! | VIDEO 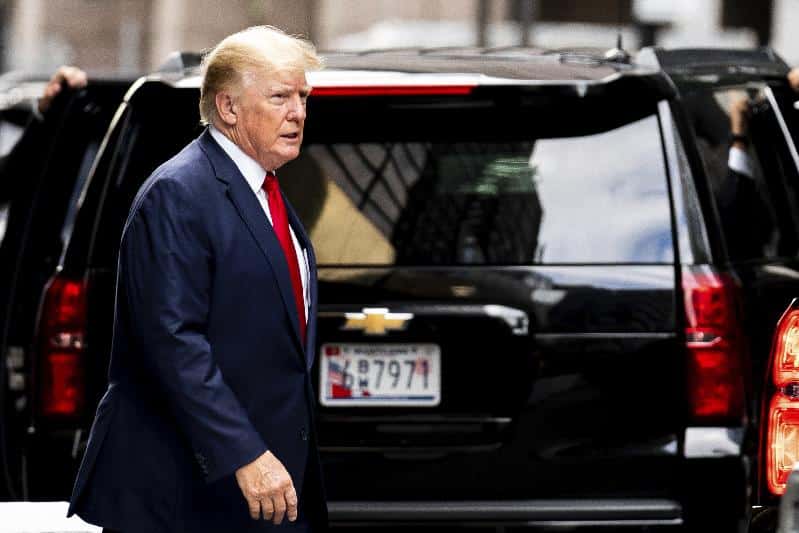 The FBI recovered 11 sets of classified documents from its search of Mar-a-Lago earlier this week, including some materials marked as “top secret/SCI,” The Wall Street Journal reported on Friday

The newspaper reported that FBI agents removed about 20 boxes from former President Donald Trump’s resort and residence in Palm Beach, Florida — including binders, sets of classified government materials, photographs and at least one handwritten note.

It’s not known what these classified documents were specifically about.

Among the items taken from Trump’s resort was a document about pardoning Roger Stone, a staunch Trump ally who was convicted in 2019 of lying to Congress during its probe of Russian interference in the 2016 election. (Trump pardoned Stone before leaving office, shielding Stone from a three-year prison term.)

It’s unclear how the Stone-related document seized during the search is tied to the broader criminal probe into Trump’s potential mishandling of classified materials.

During the search, FBI agents also recovered a document about the “President of France,” according to the WSJ report, which didn’t provide other details about the document

The FBI search at the resort in Palm Beach, Florida, on Monday was followed by days of silence from the Justice Department, as is the department’s normal practice for ongoing investigations.

Then on Thursday, Attorney General Merrick Garland announced that the department had moved to unseal the search warrant and two attachments, including an inventory list, but also stressed that some of the department’s work must happen outside of public view.

“We do that to protect the constitutional rights of all Americans and to protect the integrity of our investigations,” Garland said, while explaining that he would not provide more detail about the basis of the search.

Trump said in a late-night post on his Truth Social platform Thursday that he would “not oppose the release of documents,” adding: “I am going a step further by ENCOURAGING the immediate release of those documents.”

The court had instructed the Justice Department to confer with Trump about its request to unseal the warrant documents from the FBI search and to tell the court by 3 p.m. ET Friday if he opposes their release.

Trump’s team had contacted outside attorneys about how to proceed, and the former President’s orbit was caught off guard by Garland’s announcement.

In a pair of posts to Truth Social following Garland’s statement, Trump continued to claim that his attorneys were “cooperating fully” and had developed “very good relationships” with federal investigators prior to Monday’s search at Mar-a-Lago.

“The government could have had whatever they wanted, if we had it,” Trump said. “Everything was fine, better than most previous Presidents, and then, out of nowhere and with no warning, Mar-a-Lago was raided, at 6:30 in the morning, by VERY large numbers of agents, and even ‘safecrackers.'”

He is always a spoken person..

Comment by vaughn mitchell on August 14, 2022 at 1:16am
Just lock his ass up. He is trying to start a civil war. Hit him with Felony charges and lock him up,make sure he cannot run for president, he is a damn disgrace. If he is not hit with felony charges or get locked up and he runs, and win, it's a civil war.

Trump has a thing with toilet bowls, he would make a professional Rotor Roter man….Lock him up! Lock him up! His crap must smell like a dead rat with all that junk food he gulps down his pie hole.