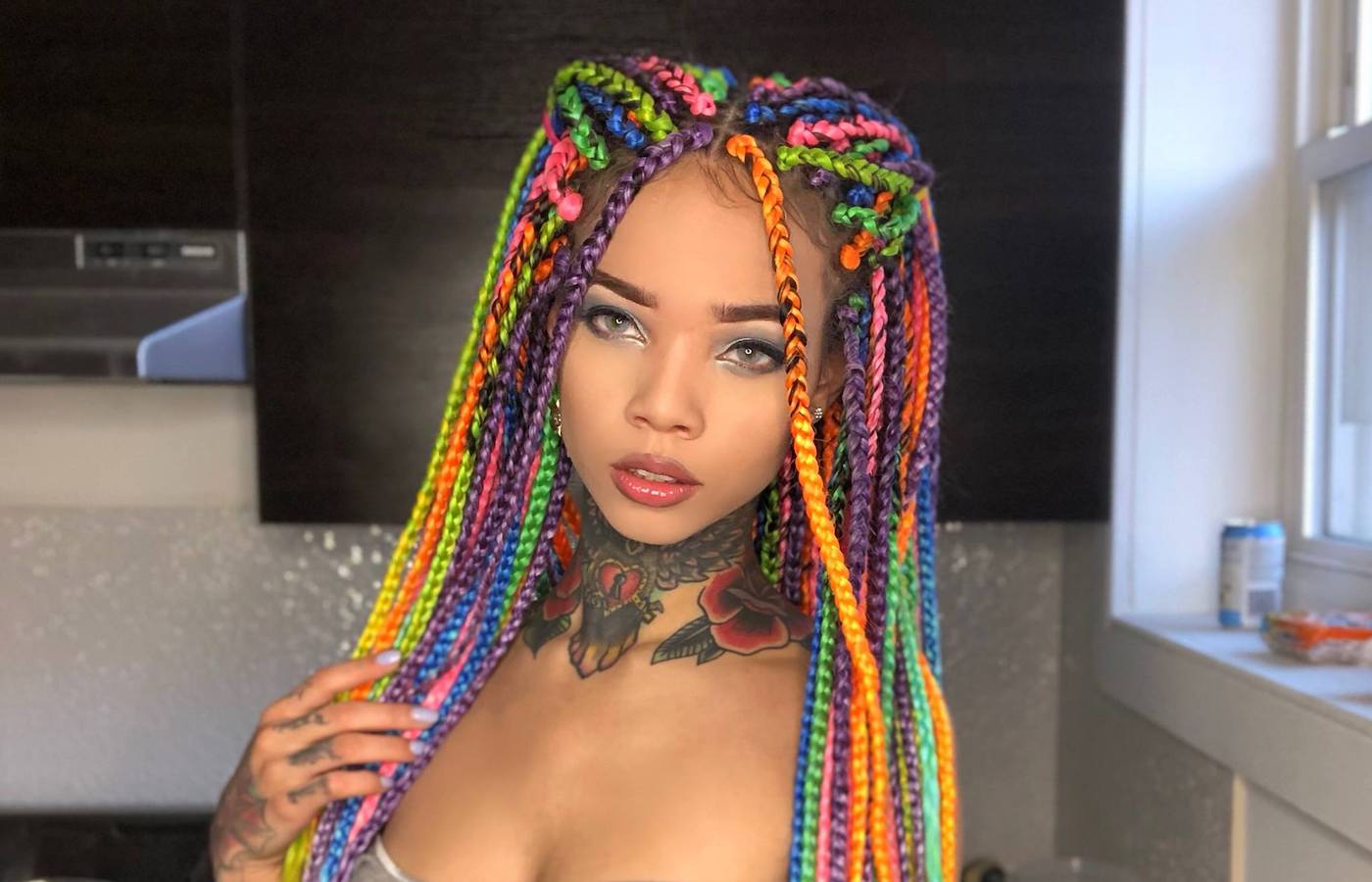 An Instagram model has revealed that she discovered she had AIDS for almost a decade as she unknowingly carried on with life and only recently discovered she was a carrier for the deadly disease.

The woman, Gena Hew, made the shocking revelations on her Tik Tok account, where she shared that she was so sick and on the verge of dying when doctors finally realized what was wrong with her.
Hew has linked with several celebrities in the past who has shared on her Instagram and Facebook account, including Dave East, Nick Cannon, Chris Brown, and Chief Keef, among others. It’s unclear if she dated those men, and she has declined to name anyone who might be at risk.

On her Tik Tok account, she said that she does not know who gave her the virus or how she got it, and only that doctors told her that the virus has been in her system for around 8-10 years.

“In that time frame, I was living New York City and was homeless, I did get raped a couple of times but it’s not something I like to talk about, I have had a couple free tattoos so it could have been a dirty needle, I don’t know. Do I know any one of those people? No. Did I say anything when those things happened? No. Because I was naive and I was stupid and I was young,” she said in a Tik Tok video.

In her videos, she has not revealed any information about any of her intimate relationships over the years.

According to Tew, she did not know she had HIV or AIDS as she hadn’t done a test in 10 years. Tew has shared videos of her where she confirmed that she has lost the ability to walk and now uses a wheelchair.

She has had a massive weight loss which she says is due to the virus attacking her body, and she dropped down to 65 pounds at one point. In other videos, she revealed that she is also blind in one eye.

Tew, who is said to be in her mid-twenties, may have contracted the virus sometime around age 17 to 19.

“I got so weak in the first days of knowing I had AIDS… I could barely focus and strained to talk,” said captioned a video showing her earlier condition.

In the meantime, she has shared numerous updates, which include her hospital updates on her blood count and also showing updates that she is now able to hold herself up.

One video, in particular, showed her emaciated and wearing a diaper as hospital personnel helped her to stand up and grab a walker.

I'm sorry the sister had to end up like this.

Viruses are part of the planet. Live life to the fullest. Best wishes.