R. Kelly’s Sisters Say He’s a Victim of Racism: ‘He Was Taken Advantage Of’ | Video 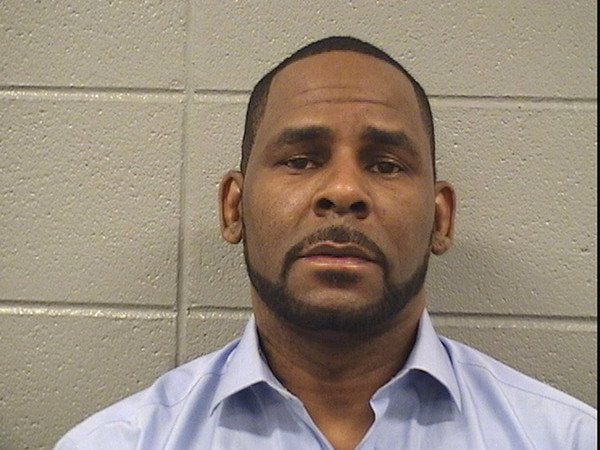 R. Kelly‘s sisters appeared on U.K.’s Good Morning Britain on Wednesday to speak out about his sex crimes case

Last month, the R&B singer was sentenced to 30 years in prison for his alleged sex crimes against women and young girls. As reported by Complex, Kelly’s sisters, Cassandra, Theresa, and Lisa Kelly, said racism is to blame for his conviction.

The three women came to Kelly’s defense during the interview with Good Morning Britain North America correspondent Noel Phillips. At one point, Phillips asked if the sisters could “acknowledge” their brother’s alleged victims.

Per XXL Mag, Phillips asked: “How can you sit here and say R. Kelly was the victim? A lot of people will be confused.”

“I just told you,” Lisa Kelly continued. “I don’t care about ‘what a lot of people.’ I can only go by what I see, what I know, what I’ve experienced.

“African Americans have always been treated unfairly,” Cassandra said. “So I think that, that has a lot to do with it as well as other factors.”

The interview with his sisters comes days after a manager of R. Kelly, Donnell Russell, 47, pleaded guilty to stalking, harassing and intimidating one of Kelly’s alleged victims.

“Russell used threats, harassment and intimidation in a deliberate effort to silence one of R. Kelly’s victims and prevent her voice from being heard,” United States Attorney Breon Peace wrote in a statement. “When his initial effort failed, he continued his vile campaign by sending threatening messages to Jane Doe and her mother, and publishing explicit photos of the victim on the internet before and after Kelly was indicted. As this prosecution makes clear, the defendant’s conduct was not only reprehensible, but it was also criminal and will not be tolerated.”

Russell was previously convicted on a separate charge related to a bomb threat he made against a New York City theater that was screening Lifetime’s six-part docuseries “Surviving R. Kelly.” He is scheduled to be sentenced in November on both charges and faces up to five years in prison for each.

Comment by Natesha Tucker on July 30, 2022 at 6:24pm
Thats why I say, we come from strong black people that made money with pride and humbleness because they brought us down, I don't want the praise or glory or stardom from them!!! Fame and stardom is not for is, its for The Lord his savior, when they ask u to sign that contract that you saying: So what u want with me just make me rich and famous:! But they never ask at what cost!! And that means your freedom if u or anyone let's that secret out!!!

Isn't it amazing that Johnny Depp's trial was broadcasted from beginning to end, but you can't even get a transcript of R. Kelly's trial.  Stuff that makes you go Mmmmm!  If they wanted Johnny Depp guilty they would have done the same thing to him that they did to R. Kelly, but we know that color had a part to play in it, and as his godson said in an interview, as soon as R. Kelly asked about his money, the allegations started coming out of the wood works.  This is all about taking his legacy.  They killed Michael Jackson, they killed Prince, they're looking to kill Bill Cosby and now R. Kelly.

Tyrone if you have kids you will make the story make sense, and you will question the whole situation why is only one person is being held accountable when they were so many people involved, that is like robbing a bank with 5 people but only the one on charge will do time after splitting the money, negros believe anything white people tell them, they don't care about anything else, but those dame negros forgot that system has been design to enslave any one who looks like R Kelly when they refuse to do what they say, the sad part is those negros who are going hard after R Kelly don't ever say anything about those white predators and that is why I call them niggers, white is right.

His sister made some very valid points.

SO WHO TAKES THE RESPONSBILITY AND WHEN?

Comment by Natesha Tucker on July 29, 2022 at 11:41pm
So when do we take responsibility for the choices we make, when we come from BIG MOMMA!!!, That told us about these devils when we were young! Robert Kelly said he came from that, so its hard to understand him p****** on a girl on video tape,we have to know the law to the fulliest,fullest, to what u think the street law is, especially when comes to being a so called superstar!!! Men take responsibility for your wrongs not anyone else's, its hard to see now he is blaming a woman that beard his kids for his way of treating women and young girls!! And now his sisters want to talk! Never seen them in the court rooms!!! And to say he was TAKING ADVANTAGE OF!! Thats why ancestry to learn what they went through and better ourselves! But the music business will always the same sign your life on the the dotted line.....and u will be famous and the story continues if u want to be famous... Pick want u want..FAME OR RICH!!!

I believe her, I stand with her and I have always said that not only about R Kelly but about all the black entertainers where the story is coming from a white person and then pay a bunch of broke project niggers to cosign.

Ad much as every one claim they are against R Kelly they started to sample his music the first song I heard is fiesta on the Pop chart with 2 Spanish singers. They are doing the same thing they did to James Brown, lock him up, use his music as someone else collect all payments and let him got in prison and if he does come out they won't give him any thing back.

But majority of the niggers are so happy they are destroying R Kelly, the same niggers who so believe in white Jesus reading the slave bible, being hypocrites, today is R Kelly but when tomorrow comes and you're the one being accused, don't ask why you, nor should you look for forgiveness, remember all the neighbors you have wrongfully accused as the bible says it is a sin.