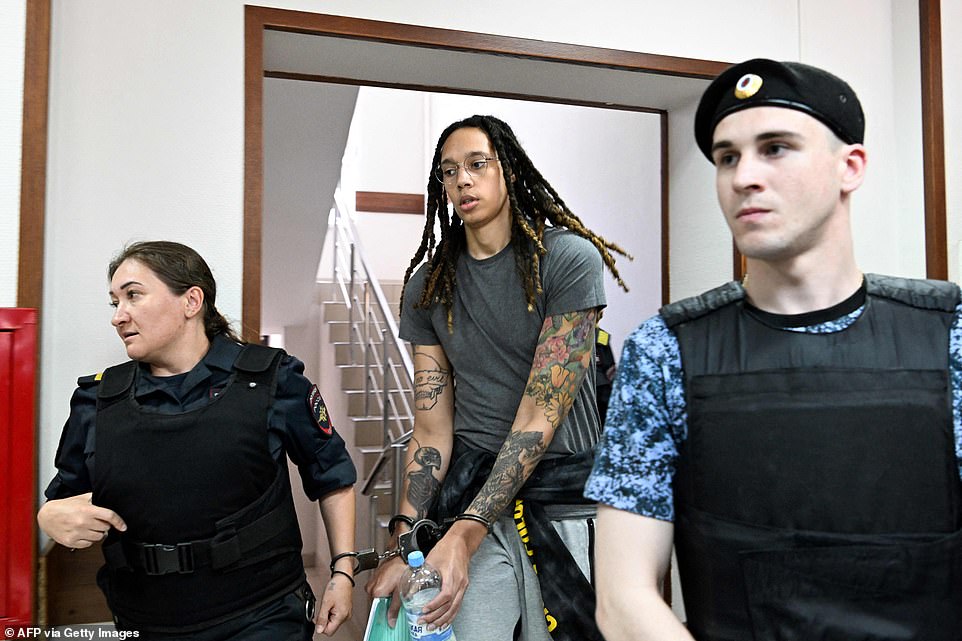 WNBA star Brittney Griner's detention in a Russian jail has been extended for another six months ahead of her cannabis possession trial that is now set to begin Friday.

At a hearing on Monday, the dread-locked, 6-foot-9 center towered over prison guards as she was escorted into the courtroom in Khimki on the outskirts of Moscow, where she learned that her trial will begin on Friday. She's accused of bringing vape cartridges of cannabis oil through Moscow airport security in February. Photos obtained by The Associated Press showed the 31-year-old in handcuffs and looking straight ahead, unlike a previous court appearance where she kept her head down and covered with a hood.

Griner, a Phoenix Mercury star considered by many to be among the top female athletes in the world, could face 10 years in prison if convicted on charges of large-scale transportation of drugs. Fewer than 1 percent of defendants in Russian criminal cases are acquitted, and unlike in the U.S., acquittals can be overturned.

Griner's detention and trial come at an extraordinarily low point in Moscow-Washington relations. She was arrested at Moscow's Sheremetyevo Airport less than a week before Russia sent troops into Ukraine, which aggravated already-high tensions with sweeping sanctions by the United States and Russia's denunciation of U.S. weapon supplies to Ukraine.

Amid the tensions, Griner's supporters had taken a low profile in hopes of a quiet resolution, until May, when the State Department reclassified her as wrongfully detained and shifted oversight of her case to its special presidential envoy for hostage affairs - effectively the U.S. government's chief negotiator.

That move has drawn additional attention to Griner's case, with supporters encouraging a prisoner swap like the one in April that brought home Marine veteran Trevor Reed in exchange for a Russian pilot convicted of drug trafficking conspiracy. 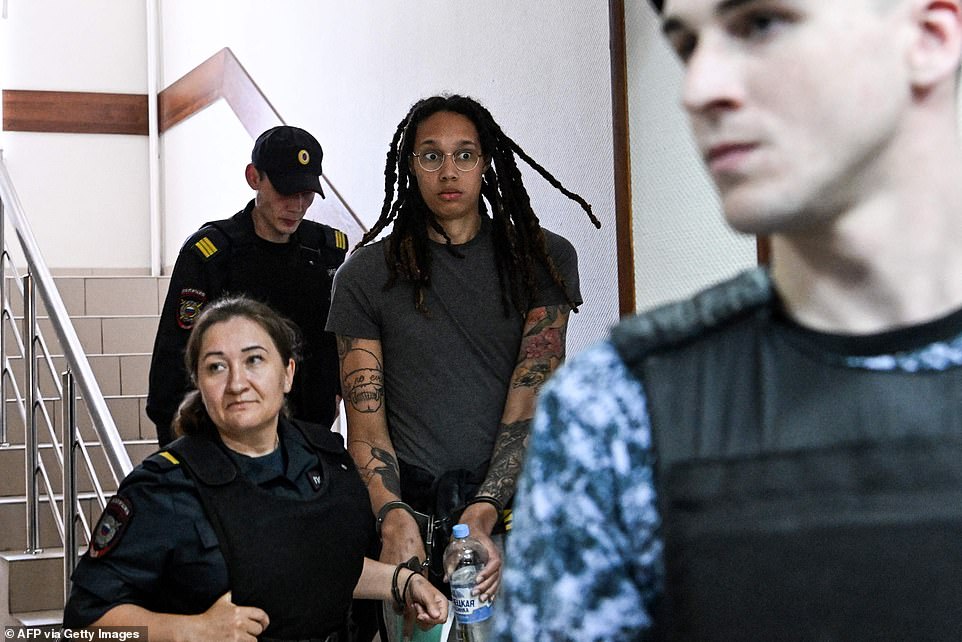 Griner, a two-time Olympic gold medalist and WNBA champion, was detained at Moscow airport in February on charges of carrying in her luggage vape cartridges with cannabis oil, which could carry a 10-year prison sentence 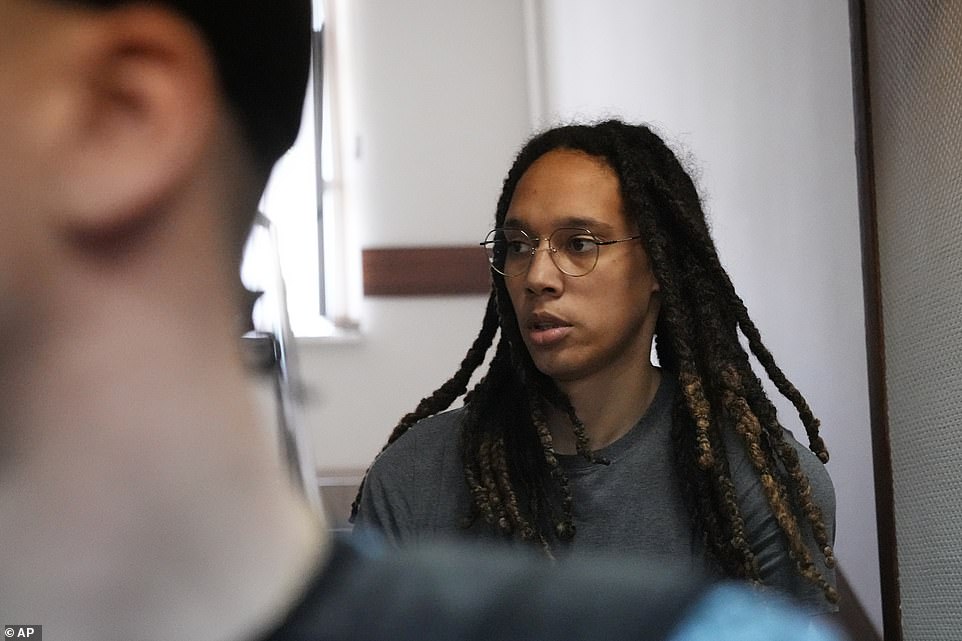 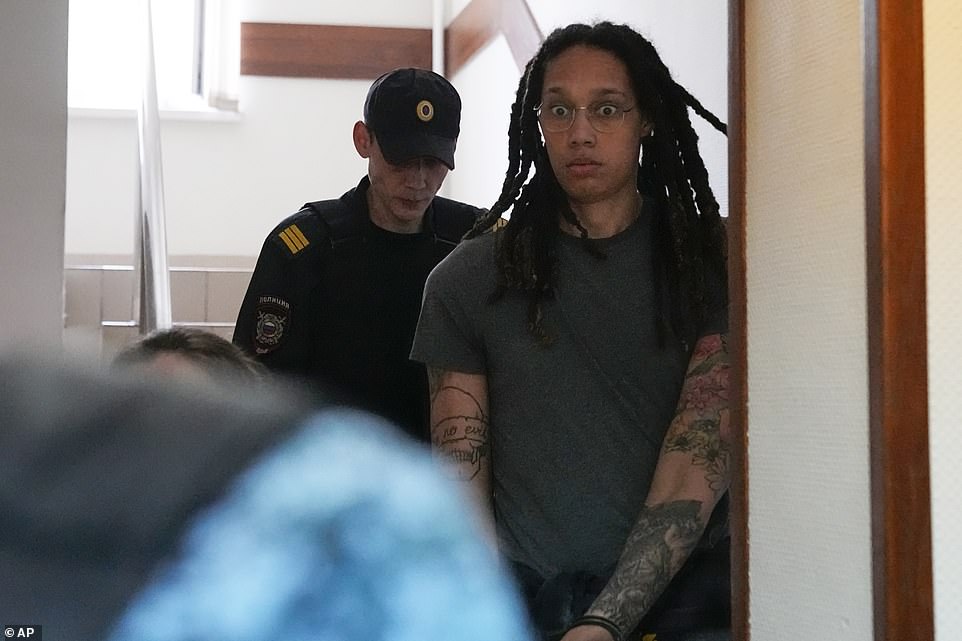 Griner has been imprisoned since February, when she was arrested on drug charges as she tried to re-enter Russia 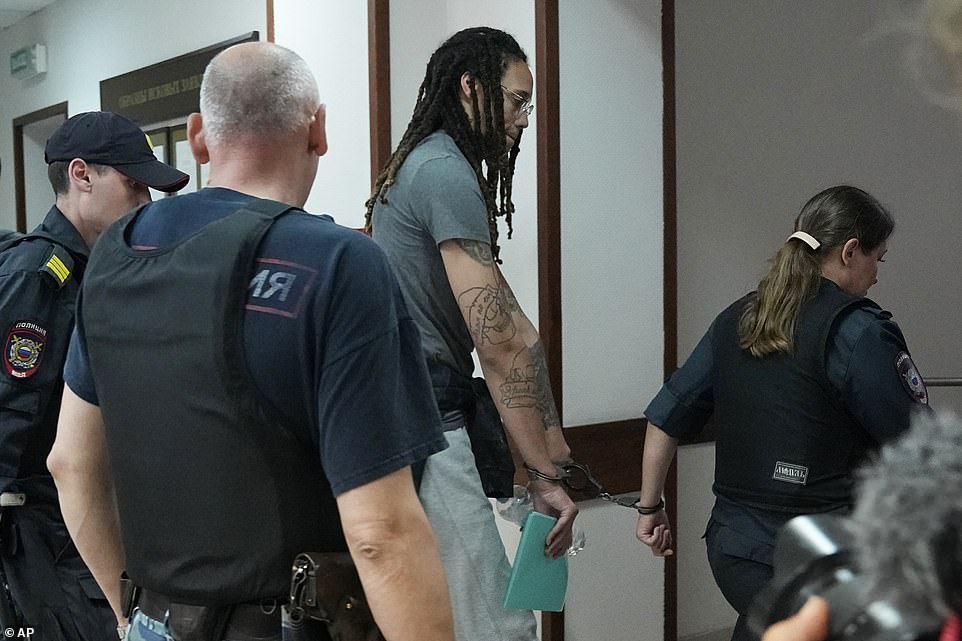 Genuinely astounding post. Delhi Escorts I read it whole and going to confer it to my gatherings of companions.

This world is free for anyone to travel, but BLACK people don't standup for blacks just talk bullshit when something happen. That's why we get noway in life as black people.

Why is she terrified? She got all the p**** she wants.

What Black person in their right mind would want to go to that racist all white communist nation but a fool, as Elijah Muhammed said sport and play is what these fools are about, not conscious about the history communism, I feel no way for these fools who never learn and think that whites in general hate them, look at that look on her face tell the story of shock as they send her to the gulags, and they hate Gays in Russia, fools never learn.