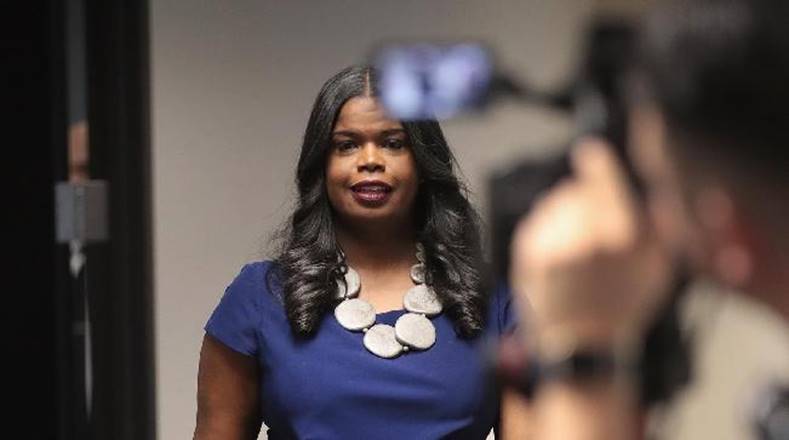 We haven’t heard a lot from Kim Foxx, the Cook County State’s Attorney in a while. However, she’s making news now. That’s because police in the Chicago area’s south suburban community of Floosmoor were called to her home due to a domestic dispute between her and her husband that got handsy.

“[Foxx’s husband] explained that Kimberly got mad about something that was posted on Facebook that he did,” one of the responding officers wrote in a report. “Kimberly asked him to leave and he refused.”

Foxx’s husband said that’s when she grabbed him by the collar and threw down a video game controller he was holding, according to police records. He went on to tell police that Foxx slapped him on the left cheek, according to a WGN report.

But the State’s Attorney informed another officer that “she did put hands on [her husband] but it was only to help guide him out of the house. She never slapped him.”

“Kimberly expressed that she felt [her husband] called the police only to hurt her,” an officer wrote.

Meanwhile, one of the couple’s daughters was home during the incident but told police she heard only yelling.

A responding officer wrote that they “did not see any evidence to support an arrest in this incident.”

In the aftermath of the incident, Foxx and her husband issued a statement that said:  “This is a personal family matter, and we ask that you provide our family with respect and privacy.“

Comment by Sufferahsmusic Media Prod on June 11, 2022 at 10:15pm
B**** move my ass ….he did the right thing you stupid mfker …if he didnt he would have been arrested and charged